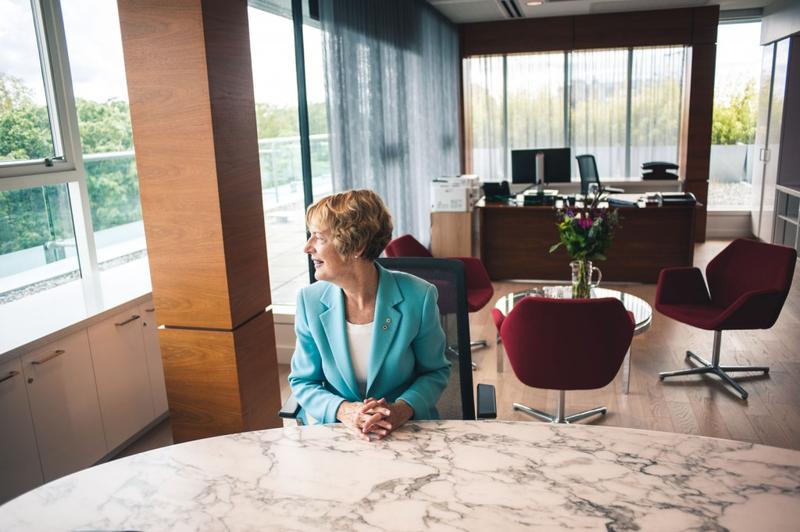 Martha Piper is a smooth operator.

Just before taking over as UBC’s interim president on September 1, Piper wrote an op-ed for the Vancouver Sun to contextualize -- critics might say gloss over -- Guptagate, the scandal engulfing the university in the weeks since Arvind Gupta mysteriously left his post as president.

“Martha Piper celebrates recent No. 2 ranking of Canadian university, but says it should be No. 1,” the Sun trumpeted. There was little mention of Gupta aside from Piper noting the issue paled in comparison to the Great Depression and both World Wars.

Piper, whose tactical skill was widely praised during her previous term from 1997-2006, is upbeat and likeable -- exactly what UBC needs as it tries to weather the current storm.

“The wonderful things about UBC that make it great are still there,” Piper said in an interview Thursday. “Nothing has changed.”

While she points out that the university's day-to-day academic functions and research work has continued despite the presidential leadership switch, the notion “nothing has changed” is belied by the state of her office on the top floor of Koerner Library.

The tables are bare and the shelves empty, evidence of the hasty leadership transition. But the new president, dressed smartly in a powder blue blazer, plays it off.

“I think the weirdest thing is getting into an elevator,” Piper, who served her first term in a ground floor office, said with a laugh.

Piper appears unflappable as UBC does damage control and tries to ensure stability as it searches for a permanent president.

The adjectives certainly fit, though they hint at what the university was looking for in an interim leader: someone to reassure and present UBC’s best face to the public. 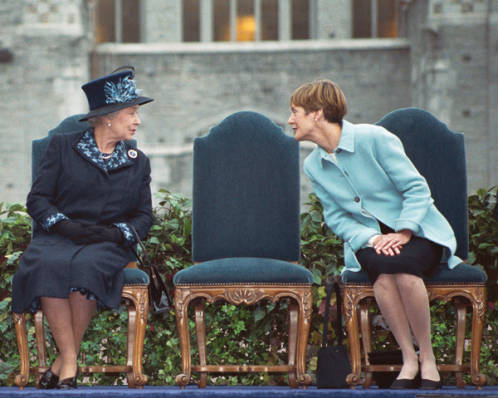 Then-president Martha Piper with Her Majesty Queen Elizabeth II on 7th October 2002, during the queen's visit to the university

Piper is also, of course, the real deal and no stranger to dealing with blowback from her predecessors’ controversial actions. Almost immediately after taking over as president in 1997 Piper was confronted with protests over UBC hosting the APEC summit of Asian heads of state, including alleged dictators. The summit had been arranged by her predecessor David Strangway, but Piper was left to deal with fallout from a brutal RCMP crackdown on student protesters.

If the APEC summit was a low point for UBC’s international outreach, Piper said she is especially proud of her own global initiatives including the creation of student residences on campus like the UBC-Korea house that host students from abroad.

“I felt really strongly that we needed to internationalize the campus,” Piper, herself an example of the university’s global character, explained.

Born and raised in the United States, Piper’s faint midwestern accent betrays her Ohio upbringing. Arriving in Montreal in the early 1970s when her husband was offered a teaching position at McGill, Piper said she expected to stay just a few years. Instead, having earned a PhD in epidemiology and biostatistics Piper fell into academic administration after being offered a director job at McGill.

Yet Piper did just that, moving from McGill to be first a dean and then vice president at the University of Alberta before landing the president job in Point Grey.

Aside from managing an assortment of scandals during her time in charge at UBC, Piper is perhaps best remembered among students for stories about her imaginary friend Bort, which she used to convey metaphors about the possibilities of university in speeches to incoming students.

“Unfortunately, when we Google you it comes up pretty quickly,” Danard said, laughing.

(Piper said she hasn’t decided whether to discuss Bort during her Imagine Day address but added to the Ubyssey reporters present, “It’s so interesting because none of you heard the Bort speech, and yet, Bort still lives.”)

After stepping down as president Piper has remained in Vancouver, serving on several non-profit and corporate boards -- including the Dalai Lama Centre for Peace and Education, Care Canada, Shoppers Drug Mart and the Bank of Montreal -- and spending time with her four grandchildren.

Piper was vacationing in Hawaii when she received a call from board chair John Montalbano “out of the blue,” asking her to become interim president.

“I was literally stunned,” Piper recalls. “Absolutely no, categorically no,” she told Montalbano, who asked her to think it over.

“I know what this job entails. And it is grinding. And I am old,” Piper, who will be seventy in November, said of her initial reluctance.

“UBC has been extraordinarily good to me,” Piper said. “I thought, well… if I can help maybe I should.”

Piper clearly loves the university and her gushing praise for, say, UBC athletics -- “I don’t know if you’ve ever seen the T-Birds play baseball, but it is, it’s fabulous! Right?” -- is tempered by her sincerity.

But a certain cognitive dissonance crept through the explanation of her new role at UBC. Piper said she intends to continue Gupta’s vision for the university, despite the fact nearly all observers believe he was pushed out.

“My sense is the board supports [his] vision and I can assume nothing other than that,” Piper said.

Piper’s sunny defiance in the face of Guptagate has led to quizzical comments hinting toward a naiveté unlikely given her credentials, suggesting instead that UBC’s crisis management efforts may have subsumed her.

For example, a few days after Gupta’s departure Piper made the odd claim to The Ubyssey that, “I think it always is surprising when someone resigns from a position.”

But Piper's central message is that the core of the university remains strong and she is willing to grin through the tough questions until the current scandal blows over.

Still, despite filling in during the institution’s time of need, Piper was adamant that she would not accept a full term as president if offered.

“I’m not appropriate to lead this institution,” she said. “This institution deserves an extraordinary leader, someone who understands and is prepared to take into its next decade. UBC [needs]… someone who has the energy, the drive, the creativity, the thinking, the ability do that and I’m not that person.”

And though evidently happy to be back, some ambivalence seeps through.

“It feels familiar -- but a bit weird” Piper said with a grin. “It wasn’t supposed to happen.”

Correction: Martha Piper's first term as president began in 1997, the same year as the APEC protests. Those events were not in 1996 as previously reported.