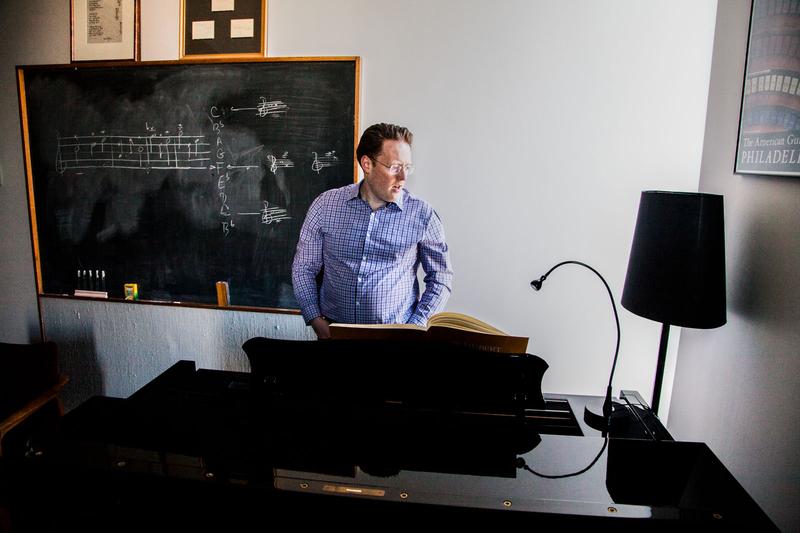 For the first time since 1933, the sound of Hungarian composer Emmerich Kálmán’s tone poem Endre és Johanna filled a concert hall on March 11 at UBC.

It was Jonathan Girard, the conductor of the Symphony Orchestra, who revived the piece of the Jewish composer whose music had been banned by the Nazi regime.

“The Nazis would label music, label visual art as ‘degenerate’ if they felt that it didn't have a certain aesthetic that was pleasing to them or perhaps if it was written by someone who was not in favour with them,” explained Girard. “Unfortunately, Jewish composers from the time were shunned.”

Kálmán was an exception — he was one of Adolf Hitler’s favourite composers.

Fearing his safety amid the rise of Nazism, Kálmán fled to Paris. However, Hitler sent a general to return Kálmán to Germany where he would be made an “honourary Aryan.” Kálmán refused and fled to New York with his family. After he denounced Nazism, his music was banned.

A friend of Girard’s connected him with Kálmán’s son — the composer Charles Kálmán — who gave Girard the original manuscripts of the tone poem composed in 1905.

Girard studied the score, trying to understand Kálmán’s intentions for pitches and he even enlisted the help of native Hungarians to decipher Kálmán’s Hungarian notes. He then constructed every orchestra part by inputting each note of the 25-minute piece into his computer.

Although Girard acknowledged that the historical context informed him, his musical direction was not directly influenced by the composer’s story.

“I think this is an interesting aspect of the history of Kálmán. But I'm only thinking about how to make music as beautiful as possible.”

The sound of music filled Jonathan Girard’s home since he was a child. Both his parents and his grandparents played the piano and at the age of four, he gravitated toward the instrument too.

He then learned to play the viola and the saxophone. But as he learned each new instrument, Girard felt he really wanted to become a conductor.

Without access to a mentor until the start of his undergraduate degree, Girard taught himself how to conduct by studying music scores, reading books and watching conductors at concerts and rehearsals.

“I always loved watching rehearsals of orchestras and seeing what the conductor would say, how they would approach rehearsing and how their gestures would get specific sound,” said Girard. “I was always trying to put together the correlation of gesture and sound, and trying to learn how orchestras really function.”

His exploration into conducting started in middle school and when in fifth grade, Girard conducted the middle school band.“I can only imagine how terrible it was,” he said with a laugh.

Once in university, Girard assembled his own small orchestras and wind ensembles — “Anything I could get my hands on,” he said — to conduct. His diverse career saw conduct the Rochester Philharmonic Orchestra, The Ohio Light Opera and even delved into conducting church music and playing the organ.

Girard said that although there is a universal “grammar of conducting” — a set of gestures all conductors use to communicate with their ensembles — it is also an intensely personal art.

“The general public may think that conducting is really a choreographed thing and it isn’t,” Girard explained. “True conducting comes from honest inner-music making where the body finds a way to externalize what is inside. Whatever I do in terms of movement comes from how I hear the music inside. So I'm always thinking from the inside out and never form the outside in.”

“The performance is the tip of the iceberg, the rest of the work is underwater where no one can see it,” said Girard, explaining how a big part of his job is carefully studying the music he will bring to the stage, analyzing each individual phrase for its rhythm and tone.

In its next concert on April 9, the Symphony Orchestra will perform Hector Berlioz’s Overture “Le corsaire,” Sergei Prokofiev’s Violin Concerto No. 1 and Franz Schubert’s Ninth Symphony.