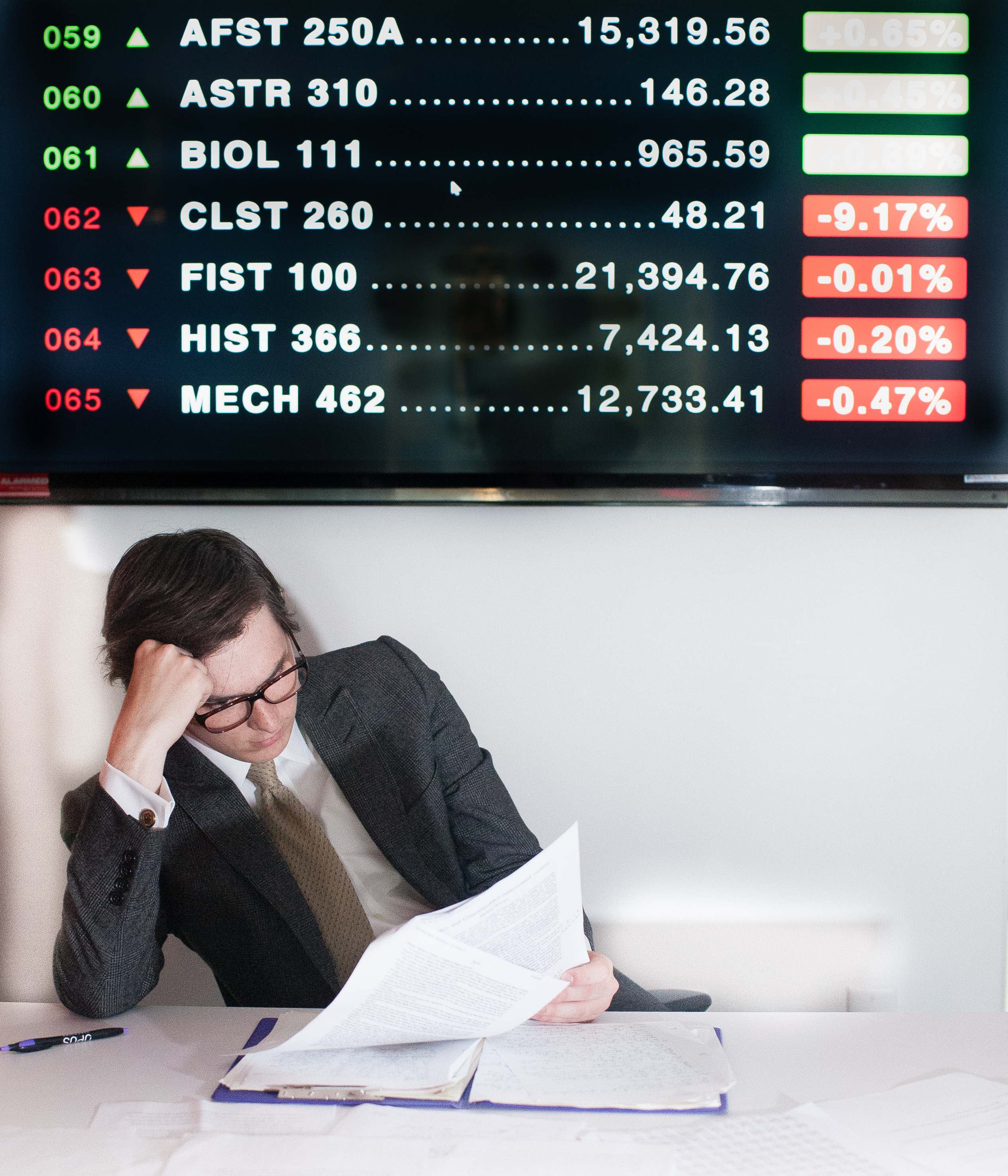 Course registration is rarely a picnic for students on a tight graduation deadline. Patrick Gillin

UBC focuses on updating its system and students continue to utilize new ways to thwart it.

“I would be walking down the middle of the street or I was cooking and if I got an email or a text from Eyeout, I would literally just drop everything and run to my computer and check and pray to god that someone wasn’t as desperate as I was,” said Amie Kim, a fourth year arts student.

“But they usually were.”

Kim’s story probably sounds familiar to many of the thousands of UBC students who have resorted to unconventional methods in order to register for the courses they need. From small class sizes in major requirements to non-restricted seats in required classes going to students taking them as electives, course registration is rarely a picnic for students on a tight graduation deadline.

The morning of June 13, 2017  — the first day of course registration for fourth years — students were greeted with a pop-up reminder about acceptable use of the system when they logged onto their Student Service Centre (SSC).

The message made students accept or reject “a) not to use any service or software that prevents other members of the University community from having fair and equitable access to the SSC … and b) not to use any bots, scripts, apps, services or other processes to automate the use of the SSC.” According to the message, activities in breach of this agreement may be considered academic or non-academic misconduct.

For many, the message might mean giving up the methods that have helped them get a spot in a required course — or that have at least given them hope they could get one at all.

Undoubtedly many scholarships and post-grad plans ride on the outcome of course registration each year, but whether a student has the time or the money to get around a blocked registration is another question. While UBC focuses on updating its system and students continue to utilize new ways to thwart it, The Ubyssey explored the causes, consequences and costs that students bear trying to get into their number one worklists.

UBC, boasting 25 faculties, hardly has it easy when it comes to course planning — with larger and larger first year class intakes each year, the challenges of tailoring course schedules and available spaces to the multitude of combined degrees, specializations and limited teaching space can certainly take its toll on students’ carefully planned degrees.

“The fact that I couldn’t [register for required classes] because of something that’s supposed to work in my favour, it was kind of contradicting.”

Double majoring in math and economics, Kim had planned to focus on the math part of her degree in the first two years, then zero in on economics in the latter half. For the most part, she managed to get into all of her math courses — which she attributes to the typically larger sizes of those classes. However, when it came time to complete her economics requirements, she hit more than a few registration roadblocks.

“We’ve all dealt with the SSC for a long time but this was the one time that it’s actually affected my timeline. I’m the type of person that has a 5 to 10 year plan, like I’m going to graduate by this time, get married by this time — the full plan you know?” said Kim, who is now planning to extend her degree to five years due to her difficulties registering for major requirements.

“The fact that I couldn’t [register for required classes] because of something that’s supposed to work in my favour, it was kind of contradicting.”

For Elizabeth Garvie, a third year political science student, it meant attending a class and studying for a midterm when she didn’t even know whether or not she would receive an open spot before the add/drop deadline.

“When I was in first year and I was in the computer science program, there’s a class we had to take — CPSC 110 — and I wasn’t able to get into it so I was on a waitlist. And so I went to the first day of classes they said ‘well, we’re going to have ten spots, we’re not sure when they’re going to open up and what not’ and there’s about 40 students who won’t get into the class and the spots actually weren’t opened up until after our first midterm.”

Ultimately, Garvie was able to secure one of the spots that opened up, but not before studying for a midterm worth 20 per cent of her grade without knowing whether or not she’d be able to continue in the class. If she hadn’t chosen to take a gamble and prepare for the midterm, she wouldn’t have been promoted to second year standing in the computer science program, out of which which she has since transferred.

First in the class, first served

Course registration at UBC is allotted to students based on registration priority. This encompasses a combination of year level, the number of credits you have taken and your academic average. Students in first and fourth year have the earliest registration dates, while students in third and second are the last to register.

“I guess that the grades based registration system is kind of a virtuous circle or vicious cycle, depending on how you look at it,” said Kevin Doering, a student senator and UBC Board of Governors representative who stressed educational equity in his platform earlier this spring.

“Obviously students who do well year round will have their pick of courses, and students who don’t perform as well obviously possibly could continually find themselves in that situation where they’re also in courses that are more difficult or unwanted or less popular with students.”

Some students, like Kim, have found reprieve in services like Eyeout, a software that will send students a text message when a spot in their course has opened up. The service operates under slacknotes.com, which provides data on grade averages for all UBC courses. It also has paid competitors like MyUBCCourseIsFull, which charges $5 per course to sign-up for notifications.

Bea Subion, the UBC student who manages Eyeout, said it has sent over 80,000 notifications that a spot had become available — and that doesn’t include the number of people who signed up for courses that never opened up.

“It was never about making money … what Eyeout really stemmed from was just this problem that people didn’t want to constantly check [the SSC], and that was the purpose of it.”

Although using Eyeout seems to be a popular choice to navigate full courses, there are also other methods to beat the system.

“I met someone in my first year that had an auto click on their mouse, you just download it off the internet and it clicked refresh every couple of seconds on the registration button. So, every three seconds the page would refresh,” said Doering.

“If it isn’t Eyeout, someone will find a new program or a new way to get around everything — not that that justifies it.”

Perhaps the latest addition to the list of strategies is the buying and selling of courses. After receiving many messages in the suggestions box, Subion decided to add a classified section to Eyeout where students could submit advertisements to buy and sell spots.

“It was me just testing out a service to see if it would take off,”  said Subion. “I have no clue what happens once people buy, whether or not people actually do buy and sell courses. I have zero indications of whether or not they actually proceed with that.”

“That sort of discrepancy between those who have an extra hundred dollars on hand to register in a course and those who don’t does create a very serious concern about equity at the university.”

There are many questions to be raised with the buying and selling of spots — how does it work, is it ethical and is it even allowed?

“I don’t have any experience with it, but you’re correct that there are students who pay significant sums of money to get a seat in a course and that sort of discrepancy between those who have an extra hundred dollars on hand to register in a course and those who don’t does create a very serious concern about equity at the university,” said Doering.

According to Kate Ross, the associate vice president of enrolment services and registrar, the buying and selling of courses is also in breach of UBC’s Policy 104.

“Courses are university property. So that’s kind of how we would be looking at it and there is something in that policy that is really about disrupting university activities. So, it’s not explicit, but there would be ways that we would be able to interpret that.”

Warning on the wall

While the warning message and agreement that appeared on the SSC doesn't only target course registration, many don’t think it will do much to deter students from using any of the previously mentioned methods to get into their courses.

“This might be the first time that UBC has actively considered [this kind of infraction], but I’m also not sure how the university would pursue a case like that and actually have enough evidence to show that a student has used one of these services,” said Ian Sapollnik, a student senator. In Sapollnik’s recollection of the past three years of reports from the appeals committee, there have been no cases of student discipline for this type of infraction.

Subion said this isn’t the first time this message has popped up on the SSC for her, and that she has never been approached by UBC with a cease and desist.

“Whatever UBC decides to do about is completely up to them, but for our future, it’s not a business, it’s a website that people seem to like and if people still like it and still use it, then it’s probably going to stay up,” said Subion.

As for UBC’s response, it seems like the administration’s energy will be focused on creating a better system for the future, rather than tracking down services like Eyeout.

“It’s through our investigation [of system performance issues] that we learned about what is occurring and speaking with a group of students that really cooperated with us in terms of understanding what is occurring,” said Ross.

“One of the steps that we’re taking to ensure an equal playing field for students and to ensure that the system can continue [is] that we don’t have any outages and issues in terms of allowing students to be able to register when they need to register and keeping the system stable.”

The plan to re-haul the SSC stems from the Student Academic Systems Initiative (SASI) and is an ongoing project.

“We’re actually in the process of finalizing a decision to secure a new student system. This is actually the whole SSC, so everything from admissions through to graduation,” said Ross, noting that no decision had been reached regarding approaching Eyeout about its services. “Our hope is to have a system in the future [where] all of these issues would disappear because there would be a different method in terms of how we handle this to ensure that students have a level playing field.”

Since the new student centre won’t be ready for a few years, Ross encouraged students to continue to work within the limitations of the current SSC, while UBC puts its energy into achieving a new system that will address these kinds of issues.

In the meantime, someone’s got an Eyeout for you.