Our Campus: Max Holmes is the new kid on the block 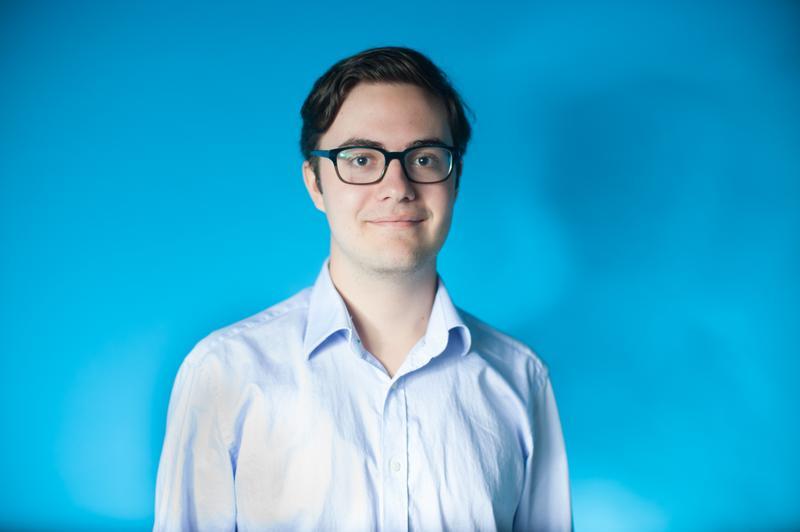 Just over a year ago, Max Holmes was a first-year arts student who had recently moved to Vancouver after growing up on a farm in New Hope, Pennsylvania — a town with a population of 2,528 people. Fast-forward to last weekend and Holmes had just been elected AMS VP Academic and University Affairs (VPAUA), winning 84.2 per cent of the vote in a tense by-election that had a 12.8 per cent voter turnout.

In contrast, only 3.8 per cent of students voted in 2013’s VPAUA by-election.

“This is definitely not where I thought I was going to be,” said Holmes the morning after his victory. “Honestly, I’m ready to get down to work. The office has obviously fallen a little behind with all the transition stuff, so I know that we need to start working immediately.”

New to Vancouver, Holmes spent the first four months of first year mostly focusing on schoolwork — but he later got his first taste of the AMS after unexpectedly winning the role of elections administrator during their 2017 general election.

“I guess they put their chances in a little first year,” he said.

Though he originally didn’t imagine himself as a future student politician, he decided to stick with the AMS after getting to know the members of last years’ executive team. In particular, he said that he looked up to former AMS President Ava Nasiri and enjoyed working with former VPAUA Samantha So.

“I just met great people and they all convinced me that I should stay on in the AMS in some form.”

He soon took an interest in the VPAUA office where he earned a position as associate VPAUA and worked under the wing of Daniel Lam. When Lam resigned last July, Holmes put forward his candidacy for his former co-worker’s position.

“I knew from the start when I was applying for jobs, if there was any position I wanted in the AMS, it was going to be this position,” he said. “I knew that what I wanted to do was university-facing. I wanted to be able to advocate for students on the body that can affect them most.”

Holmes will officially take office on Wednesday, September 27, when he will start working on an ambitious platform that includes some of Lam's previous priorities.

His goals for the position — which include working with UBC to lower housing costs, reviewing academic concession policies, advocating for Open Educational Resources and reviewing graduate student advocacy, to name a few examples — are so expansive that he struggled to make hard commitments during the debate. Although he understands why students would be concerned about him not being able to achieve all of his goals within his seven remaining months in office, he hopes to at least make some progress on them so that future VPAUAs can continue his work.

“There’s not going be a single goal that I don’t work on this year,” he said.

Looking back, Holmes thinks that his campaign went very well, all things considered.

He also noted that he enjoyed his debate with Kurtzke.

“Even though I disagreed with my opponent on many things, I was glad to see that people came out to ask questions about things that were on his platform that maybe not necessarily were addressed in my platform,” said Holmes. “Academic freedom is not something I’m going to ignore — this is something I’ve already spoken to [Senior Advisor to the Provosts on Academic Freedom] Neil Guppy about [and] I’ve already had conversations with the student Senate caucus about.

As he moves into the full-time role later this week, Holmes listed meditation, academics and the friends that he’s made at UBC as his biggest interests outside of the AMS’ busy schedule.

“I try to be someone that has a close-knit friend group and I try to have people that challenge me, so I have to thank all the friends that I have because I wouldn’t be here without them.”

But as someone who’s only been at UBC for over a year, Holmes believes that the list of things he’ll do in his time here is only going to grow.

“Around a year ago now I was listening to Ava Nasiri’s Imagine Day speech, so it’s kind of crazy to think that I’m one of the executives now that sat on that stage when I was there first year,” he said. “A year ago — wow, I didn’t even know what the AMS was!”