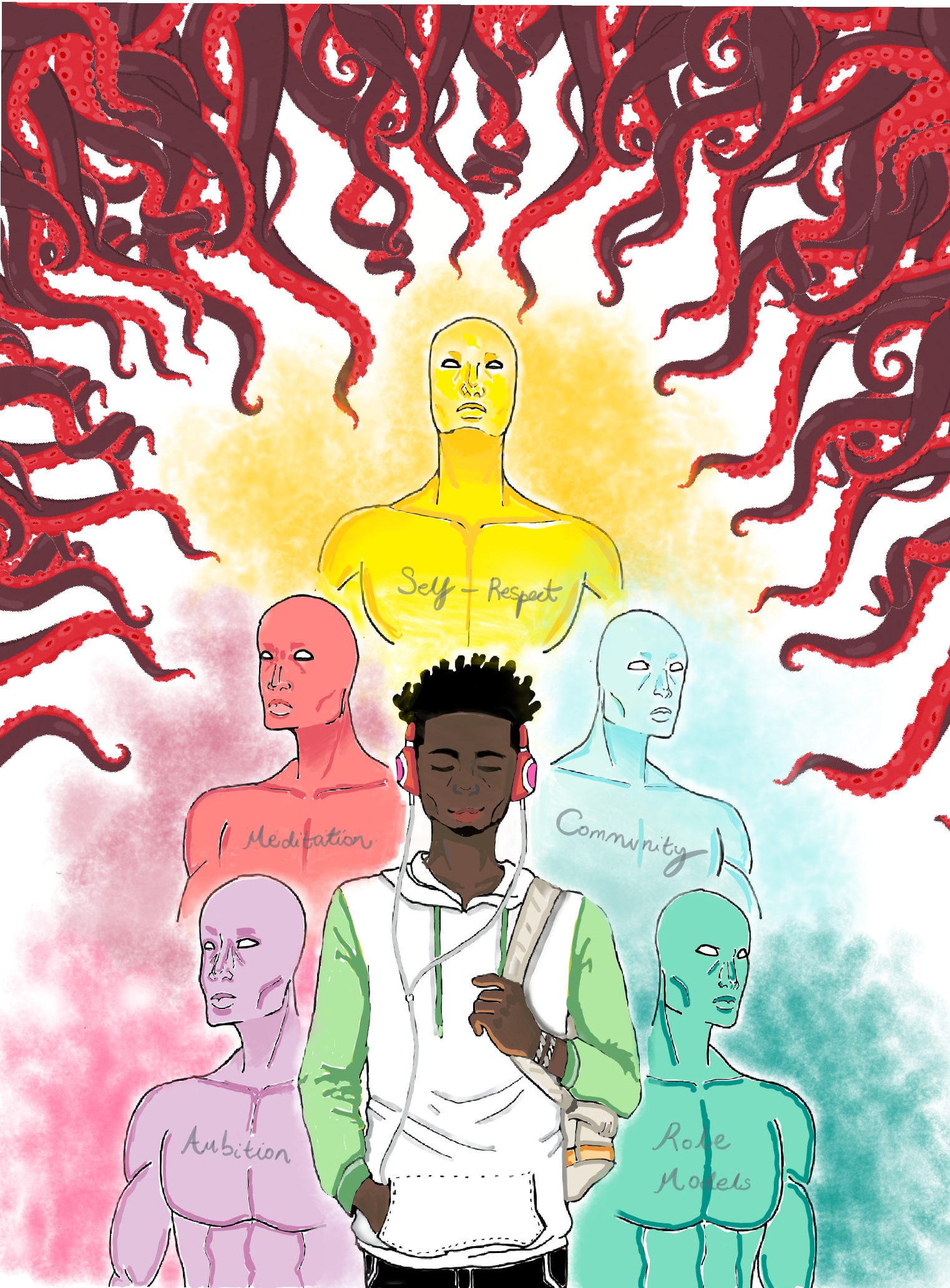 I had never felt so anxious and hyper-alert yet drained at the same time. Diorah Ozoh

Watching Netflix Is Activism Too

It seems so obvious now, but Black self-care is a form of Black protest, and some days it’s the most important form.

My first real attempt at racial justice activism was this past summer. But by the end of the summer, I was starting to hate it.

The deaths of George Floyd, Breonna Taylor, and countless other Black people prompted a plethora of different reactions. Some shared information on social media, many took to the streets to protest, and others posted black squares (what was that?).

I wasn’t able to attend any protests because I was living at home at the time and my mom wouldn’t let me. But still, all of these feelings I had as a consequence of Black death were new, and I wasn’t sure what to make of it. Not new as in ‘brand new,’ but new as in newly emboldened and overwhelming.

I had never felt so anxious and hyper-alert yet drained at the same time.

Growing up in rural Alberta, my feelings towards the racism and/or microaggressions I faced were largely passive; almost like racism was just a quirky side effect of living in a small town. It wasn’t until this year, with the peak of racial discourse that I realized my standards of what equality looked like were probably way too low growing up.

It took an abysmal concentration of Black death to spur reflection on my own experiences with racism. The more I reflected, the more I realized how racism and its effects were woven into my childhood. For the most part, these instances were almost subtle, but they were present, mostly vignettes ranging from elementary to high school. It was a really strange and darkly humorous feeling to just sit with all of these memories that some would classify as ‘racial trauma’ and not really know what to do with it. It was there, and it seemed dormant.

In sharing these feelings with friends, we came up with an idea: a petition addressed to calling for the inclusion of Black Canadian history and anti-racism teachings in the Alberta curriculum. All those kids in middle school were just uneducated, I thought, and this was surely an easy, uncontroversial change to the curriculum that could only do good. We launched the petition and marketed it on our social media platforms and it blew up. More than 44,000 people across the country signed the petition. It wasn’t long until I was being contacted by the mainstream media. My friend and I had a phone meeting with Alberta’s Education Minister, Adriana LaGrange.

All of it was really fun at first: a way to work on something cool with my friends and resolve childhood trauma? Amazing! I happily accepted offers to do interviews, and I’m very grateful for the platforms my friends and I were afforded. But as the summer went on, the marginal returns of fulfilment I got from each interview started to diminish.

At first, I ignored the twinges of fatigue I was feeling towards the project. I probably just needed to sleep more, I thought, and I couldn’t give up now. But it was really hard. Yes, people were hearing about the petition, we had a lot of support from family and friends, but it was seeming like nothing was really being accomplished. My friends had never gassed me up more, but I felt guilty because there had been no real changes announced to the curriculum, only email platitudes like ‘We’re reviewing,’ ‘We’re re-evaluating’ and ‘We’re reflecting’ from those able to change something.

Along with the guilt over the stalled progress, I was also fighting a growing sentiment that I really didn’t want to continue this. I had started my job, classes were coming up, and the once-pleasant feeling of productive activism was starting to feel like stagnating emotional and mental labour.

I felt guilty about feeling tired. There were so many inspiring Black people around me doing so much inspiring work and so many that face much harder experiences than I had. I was simply doing my part. There was so much work to be done, and that could be done, so why wouldn’t I want to do it? Fortunately, I wasn’t the only one feeling like this project was beginning to spin its wheels. The friends I worked on this initiative with had classes and other projects coming up too. The project wasn’t making as much ground as we hoped and so we ultimately agreed to focus on our other initiatives.

To this day, no changes regarding the increased inclusion of BIPOC history and anti-racism teachings have been made to the Alberta curriculum. It feels wrong to say, but I am okay with that. I had to learn —and I’m still learning— that sometimes it’s fine to step away from work, especially work like racial activism, that gets draining. Sometimes that means muting the activism page you follow for a day too.

At times, at least for me, the work of fighting against injustice seems inherently unfair. Many Black people, especially Black women, know it is unfair yet do the work anyway.

It seems so odd to me that the fight for racial equality has gone on for centuries, yet we still seem so far from achieving it. I still consider myself a part of that fight, but along the way, I’m gonna listen to Lil Baby and save up for those Jordans and hang out with my friends.

It seems so obvious now, but Black self-care is a form of Black protest, and some days it’s the most important form. Obviously, I can’t speak for all Black people; what I can do is speak out against what I know is wrong when I have the capacity to do so. I’m still learning a lot, and I know my fellow Black students at UBC are too, so I hope we can take some time within our radical existence to have fun. Hope to give you The Nod in person sometime soon.