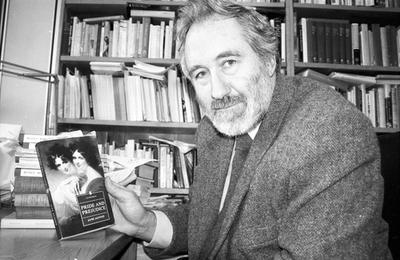 Ron was born in what is now Thunder Bay in 1939. Courtesy Forrest Berman-Hatch

Retired UBC Professor Ronald Hatch died on November 25, 2021. Ron was a professor in the UBC English department for over 35 years. Outside of UBC, he was an accomplished mountaineer and ran the publishing house Ronsdale Press with his wife Veronica. He was also my grandfather.

Ron was born in what is now Thunder Bay in 1939. He attended university at UBC for his undergrad, where he began studying math and philosophy, later graduating with an honours degree in English and philosophy. In the summers he worked as a timber cruiser on Vancouver Island. While at school he made a point of getting into the mountains, something that became a lifelong passion. It was at UBC where he met his wife Veronica Hatch (née Lonsdale), in a philosophy club meeting.

He got a masters in English from UBC, after which my grandparents taught in India, embarked on epic motorcycle journeys across South Asia and the Middle East and spent time in the Himalayas so my grandfather could climb among the world’s most legendary mountains. He and fellow mountaineer Colin Pritchard became lifelong friends (I once joked that grandma was far too sensible to accompany him into the mountains; he admonished me, “You should have seen your grandmother handle the crevasses on Mount Baker.”) In the Himalayas he completed multiple first ascents but would never mention them unless pressed. Colin asserts that Ron saved both their lives on one trip: Colin slipped off of a steep ridge, they were roped together and grandpa, always the sharp thinker, swiftly hurled himself off the opposite side to act as a counterweight.

After climbing, my grandparents hitchhiked to Europe through Afghanistan and the Middle East. They bought a revolver for safety. Veronica carried it because the police didn’t search women in those days, but it was never needed and they always spoke warmly of the hospitality they received on that trip.

The young couple moved to Edinburgh, Scotland in, where my grandfather received his Ph.D. from the University of Edinburgh in 1969 with a dissertation on eighteenth century social history and the poetry of George Crabbe. Ron read widely. He was a lover of Shakespeare and the classics but also a champion of contemporary West Coast writers.

It was in Edinburgh that Ron and Veronica had their first son — my father — Christopher Hatch. They would go on to have another boy, Kevin. My grandfather loved Scotland — it was the land of his own mother and he considered himself a diasporic Scotsman. He would proudly don his kilt whenever an occasion demanded formal attire. His favourite night of the year was on Robbie Burns day, when he would lovingly recite Robbie Burns while brandishing a sharpened blade over the haggis.

After leaving Edinburgh, the young family moved back to Vancouver where my grandfather took a teaching post at UBC as an assistant professor. He dedicated a large part of his life to UBC, although he never lost his love of traveling: he took sabbaticals and teaching exchanges in Scotland, Germany, France and China. 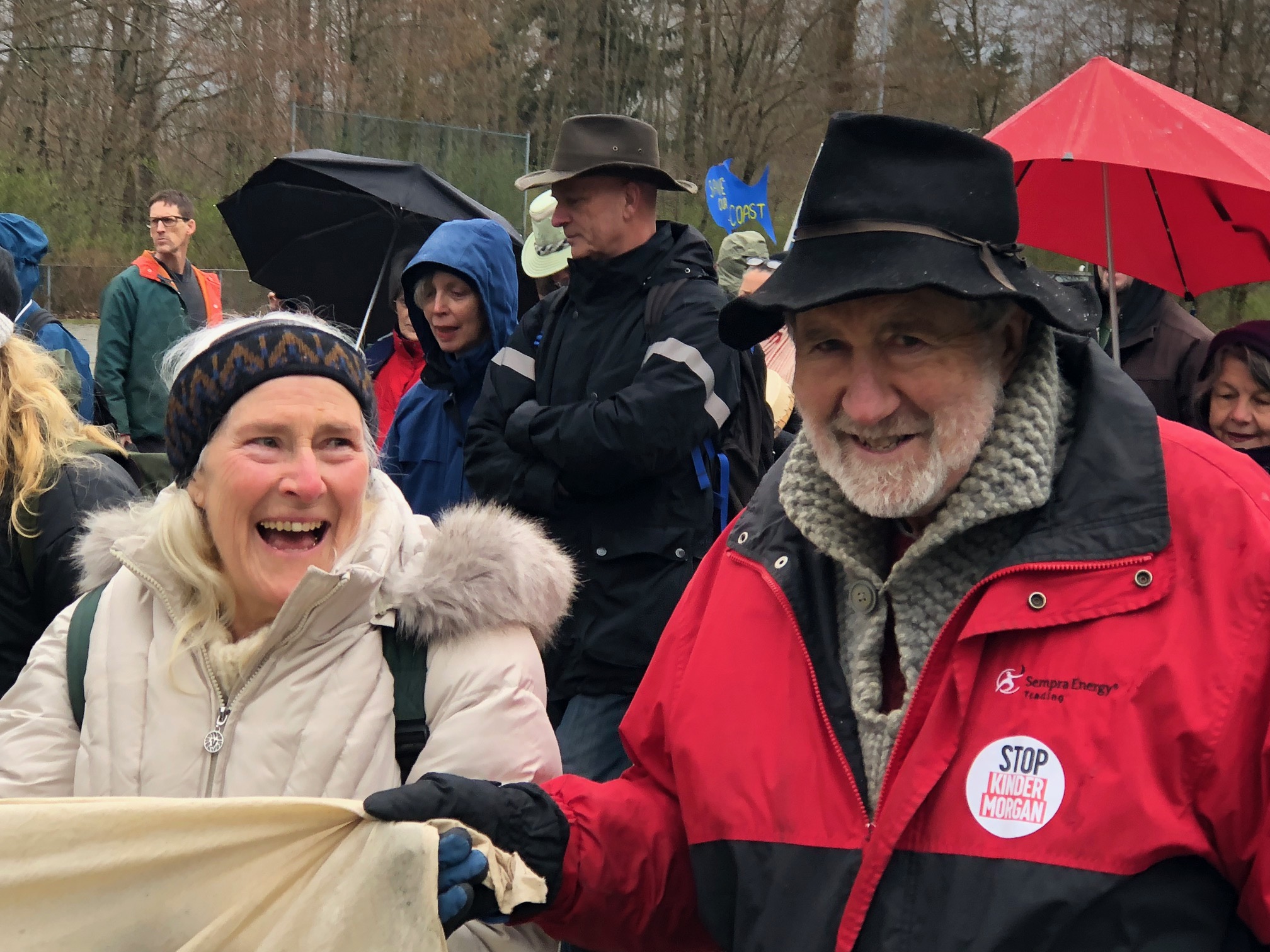 My grandparents bought a house in Dunbar, a block from the one my grandfather had grown up in. He would commute by bicycle and later by motorbike, wearing a leather jacket over his classic shirt-and-tie to UBC, where, by all accounts, he was feared as a hard-marker and stringent advocate of proper grammar. But students grudgingly admitted that he was fair and imparted a genuine love for literature. He would invite his upper-year seminar and postgraduate students over for dinner to drink the wine that he made in his basement, among his looming stacks of books.

He continued to climb and ski in those days — my father and uncle remember hiking up to Whistler mid-station from a young age to avoid paying lift tickets at the bottom. His love of the outdoors was something he instilled in his sons and they passed on to me. My grandparents bought a cabin on Hollyburn Mountain, where my grandfather was a member of the Hollyburn Ridge Association. He loved that cabin and would go up there to read manuscripts under a propane lantern for decades.

The family spent summers in Northern BC where my grandparents bought an off-grid property to enjoy the stillness and teach their sons backcountry skills. Both Chris and Kevin would go on to attend UBC.

After Chris graduated, he got involved in the Clayoquot protests of 1993, where hundreds of people were arrested protecting old-growth forests from logging. My grandparents made the trip out to see what their son had gotten himself mixed up in. Grandpa recalled his experiences as a logging surveyor in his youth — like many loggers he had taken that job because he loved being in the woods. When they got to the protests, Ron watched, increasingly irate, as peaceful protestors were hauled off the logging road by police officers. He stepped onto the road, sat down and was arrested for civil disobedience. My grandma attests she would have been too, but someone had to look after the dog.

My grandparents would later publish a book titled Clayoquot and Dissent, in which Ron penned an essay titled “The Clayoquot Show Trials.” Even a couple of years ago, Ron was still hiking up Burnaby Mountain to protest the Trans Mountain pipeline expansion.

As Ron approached retirement, my grandparents purchased a publishing house and named it Ronsdale Press; an amalgamation of my grandpa’s name and my grandmother’s maiden name. At Ronsdale, my grandfather co-translated several works of Korean poetry, while also relentlessly publishing local authors and the poetry of Richard Wagamese.

My grandparents’ literature was of the kind that champions the values of freedom, decency and critical thinking. To my grandfather, literature was about maintaining civilization in the face of darkness. During the Cold War and after, they were close friends with Eastern European dissidents and, especially, Czech-Canadian Professors W.J. Stankiewicz and Marketa Groess-Staniewicz. My grandpa taught me that the greatest endorsement of the power of literature is the fear dictators show for poets and a free press.

"UBC was important to my grandfather. Even near the end, he would consistently ask me how my studies were going."

My grandfather loomed large as I grew up. He was a bear of a man: gruff but kind. He would stuff Charles Dickens in my stocking at Christmas but stick an avalanche shovel under the tree for me. He seemed a reliable constant force when I was young. It wasn’t until two years ago, when I went to visit him at his cabin at Hollyburn that I really thought of him as mortal. I was shocked to notice that the old bear seemed to be moving more slowly, he still smiled a lot, but on that mountain, among the silver snow and curling woodsmoke, I realized that my grandfather had become an old man.

Even after his body let him down, his mind remained sharp. He would demand details about my ski trips, smiling wistfully, and then describing the geography of the terrain I had seen the week before better than I could have.

I once read him a poem I wrote. He told me he did not think much of it. “Not enough imagery. I can’t see the poem; those are just words.” His honesty, infamous in the Canadian literary community, meant more than I can say.

The night that he died, I sat by a fire to write this. I’m putting these words here, so that the community of letters might mark his passing. So that we might all remember to keep our fires burning.

UBC was important to my grandfather. Even near the end, he would consistently ask me how my studies were going. He studied here, taught here, met the love of his life here and sent two sons and two more grandsons (thus far) to this university.

He passed away peacefully surrounded by family, after a yearlong battle with cancer during which he continued to edit and publish the manuscripts of local writers until the last possible moment. He is survived by his loving and wise wife, a brother, two sons and five grandsons, of which I am honoured to be one.

Ronald Hatch lived his life in letters and mountains. He was a steadfast defender of the written word and the natural world. I suggest we celebrate his life by taking a hike, pouring a glass of wine (or Scotch) and opening a book.

This piece is part of The Ubyssey’s obituary section. If you would like The Ubyssey to publish an obituary for a loved one who impacted the UBC community, reach out to us at obituaries@ubyssey.ca.