Our Campus: Speaker of AMS Council Abdulrahman Alnaar keeps the House in line 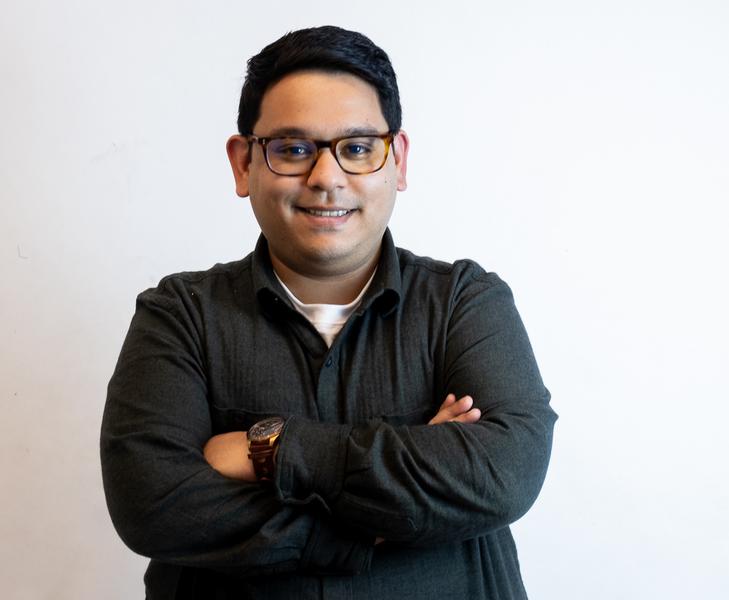 Alnaar has always kept his cool in the chair. Alex Nguyen

In his years as Speaker of AMS Council, Abdulrahman Alnaar has seen it all.

“When we had the BDS referendum … we had really polarizing opinions,” said Alnaar, a UBC Okanagan (UBCO) graduate and current higher education advisor in UBC’s faculty of science. “You have folks who are protesting at the meeting at the very back while you have 18- to 20 years-olds trying to decide whether this referendum was something to get behind or not.”

But whether it’s BDS, the now-reversed proposed cuts to the Sexual Assault Support Centre or historic tuition increases, Alnaar has always kept his cool in the chair.

Now, as he prepares to move onto a new role as the society’s senior student services manager, Alnaar reflects on a legacy of being what he calls the AMS’s “referee”: principled, fair and universally respected.

Alnaar didn’t have the easiest start at UBC.

When applying to universities from the Kingdom of Bahrain, Alnaar coped with both financial constraints and an extensive visa delay that forced him to start his first term at UBCO a full three weeks after school started.

“It was hard to navigate school when you haven't had the opportunity to do Jump Start or take part in orientations,” said Alnaar. “Everyone in residence was already fully integrated so it was hard for me in the very beginning.”

But it was this stunted start that made him a more engaged campus member, feeling like he had to catch up.

Along with volunteering for different initiatives and working for Residence Life, Alnaar quickly became a leading figure in university governance at the UBC Okanagan Students’ Union (UBCSUO), where he advocated to bring locally-focused change to a student government occupied by an entrenched slate of executives.

Since then, he has worked in student governance at the local, provincial and federal level.

It wasn’t always easy though.

Alnaar said he struggled with his mental health at times — a trial that he hopes to turn into motivation as he takes over overseeing services like AMS Vice and Speakeasy.

“I remember when I was 19 or 20 year old, going through five courses a week, while working part time, there were times where I was depressed,” he said. “If I did not have the health and counselling services back at UBCO, I wouldn’t be where I am today.”

While mental health isn’t the only part of Alnaar’s new portfolio, he said he hopes the AMS will continue to play a central role as the university “reimagines” its mental health support services.

“But how do we do a strategic plan in terms of looking at what does students need right now and how do we meet those demands,” said Alnaar.

Speaker of the House

Alnaar’s first stint as Speaker actually started at UBCSUO, despite being elected that year as a director. There had been a lot of turnover — particularly the role of meeting chair — so other councillors asked him to fill the seat because of his “knack for parliamentary procedure.”

Coming to UBC after losing a UBCSUO election, he would be asked again to be Speaker for the Graduate Student Society before joining the AMS.

Alnaar attributed his success as a moderator to his enthusiasm for something almost no one else is enthusiastic about: the nuances of parliamentary procedure.

“I actually enjoy watching CPAC and CSPAN,” he said. “... I love watching what is actually happening on the floor of the House just as a way for people to engage with each other and be respectful — sometimes they’re not, obviously.”

While councillors, students and journalists alike might see Robert’s Rules — the code of parliamentary procedure that AMS Council follows — as formalities, Alnaar believes they’re the crux of finding common understanding.

“I love being the referee and letting opposing views have their time and and creating that space for minority opinions to still be present in the room,” he said.

“... Student government to me has always been about engaging students in a space that can be seen as fairly apathetic — but these are engaged students who do want to effect change for the larger student population.”

Ultimately, Alnaar believes that being a good Speaker is not just about knowing codes, but also understanding “how to read the room.”

“At the end of the day, it’s perhaps not being too strict on the rules, but having that balance of having fun at the same time [and] knowing how to read the room and looking out for folks who want to say something and encouraging them to speak their point,” he said.

Looking forward into his new role, Alnaar hopes to continue engaging both executives as well as on-the-ground staff and students — something he has been doing throughout his time as a UBCSUO director and Speaker for various societies.

“Apathy is not just voting and elections,” he said.

And while he didn’t expect to stay involved with student government for this long — he “had other plans” to work in politics — Alnaar is loving what he’s doing.

“But my work experiences through Residence Life, through recruitment and being a student ambassador, then student government all led to me engaging students and I do love that opportunity to work with students through their issues but also work with students who want to get more engaged,” he said.