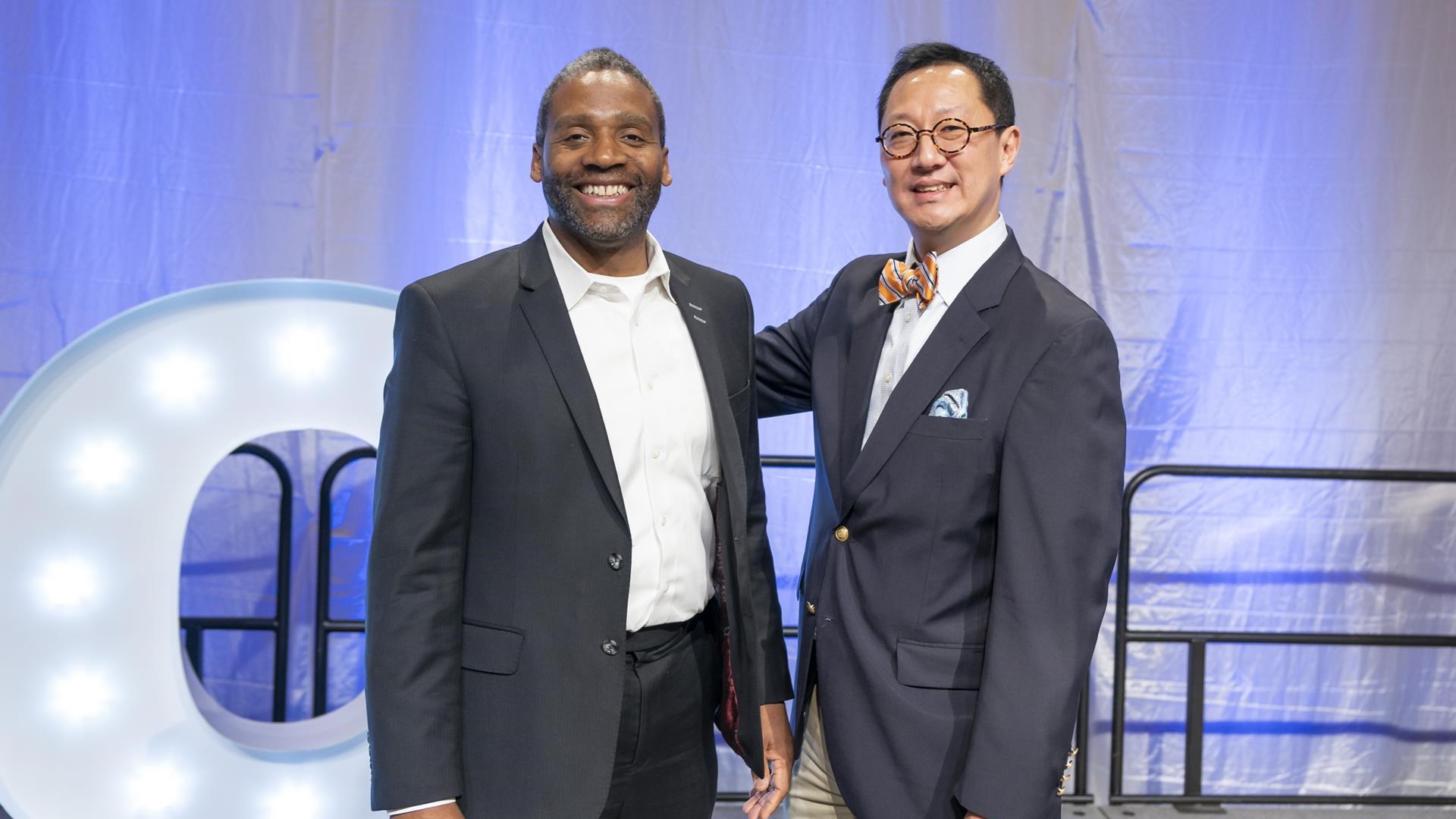 One of Dr. Ainsley Carry's priorities is hearing the “pain points” students face on affordability, including academic costs like tuition and textbooks as well as living expenses like food and housing. Stu Walters/UBC Communications

Our Campus: VP Students Ainsley Carry tackles a vast portfolio with ‘a year of listening’

Coming to UBC after working for a number of American post-secondary institutions, Dr. Ainsley Carry anticipates his first year to be one focused on learning the ropes.

With four degrees under his belt, new VP Students Ainsley Carry is no stranger to student life.

“I went to college at the University of Florida to play football. And I say that very directly because that was my motivation,” he said. “And then when I got to school, I fell in love with learning stuff.”

He discovered his passion for education after a year-long stint at Walmart which he “hated” and it “catapulted” him back to grad school where he studied counselling in higher education. Despite financial concerns, an academic advisor convinced him to pursue a doctorate in education. Earning a scholarship helped him to achieve this goal.

The new VP Students has worked in administration at several schools in the States since 1997 and has come up north after he left his position as vice president of the University of Southern California (USC). Replacing interim VP Students Andrew Parr, Carry is ready to tackle the VP’s vast portfolio and the unique issues facing UBC.

Carry was involved with the controversy around former USC gynecologist George Tyndall who was charged with 29 felonies after hundreds of students accused him of sexual assault. Tyndall told the Los Angeles Times that Carry offered him a lenient severance package if Tyndall resigned, an allegation that Carry had denied in 2018.

“He didn’t affect my time at all,” he said. “This [coming to UBC] was an opportunity for me that my family and I took.”

At USC, he was the school’s liaison with the Greek community as head of the office for fraternity and sorority leadership development, where he dealt with complaints against them.

“Greek life was huge,” said Carry. “ … I had to be at the front line of that many times when they didn’t want a policy change.”

When asked how he would reconcile past controversy in UBC fraternities and Policy 131 (Sexual Assault and Other Sexual Misconduct), which is slated for review this September, Carry was firm that he would step in to stop sexual violence at UBC. However, he hesitates to target any specific UBC community, whether it be the frats, residences or faculties, until he has a better understanding of the university.

“No community is sacred to me. None of these are communities that I will not go into to attempt to stop issues of sexual violence,” he said.

“… I want to live through a year, learn, see what’s going on. And then where I need to apply pressure, I will apply it.”

He envisions his first year at UBC as “a year of listening” to student concerns.

His second day on the job, Carry attended his first Board of Governors meeting where he gave his phone number to student activists from UBCC350 advocating UBC’s divestment from fossil fuels outside the meeting.

Consequently, Carry says he has had “three or four meetings” with students, and signs from the divestment protesters lined one of his office walls during his interview with The Ubyssey.

On his desk, a photo of him smiling with AMS executives is symbolic of their relationship. Carry knows that the AMS expects to consult with him, but he wants to “find that pocket of students that won’t come” by holding town halls in collegia, residences and dining spaces.

“It’s always odd reaching out to some administrative adult to bounce things around with,” he said. “But to the degree that I could be colleagues with the students, that’s my mission.”

One of his priorities is hearing the “pain points” students face on affordability, including academic costs like tuition and textbooks as well as living expenses like food and housing.

“If 90 per cent of your funds… are going towards tuition, what are you living on and what are you eating on?” said Carry.

Pending approval from the Canada Revenue Agency, UBC is creating a government business enterprise to expedite housing construction. Carry supports adding more beds on campus while stressing the importance of consulting with the Musqueam people whose unceded territory housing would be built on.

“To the degree that we can make sure that there’s [an] availability of affordable, quality housing that’s managed and controlled by the university, we have to get in that game,” he said.

Carry is also focusing on clarifying to students how they can access healthcare, supporting graduate students and eliminating “barriers” that prevent international students from feeling at home on campus.

While sports are central to the student experience at American schools he’s worked at, Carry wants to look into UBC’s “totally different” athletics culture. Despite the popularity of Homecoming and Winter Classic, he wants sports to be a bigger part of UBC student life to support health and wellness.

Last year, Thunderbird teams won national championships in swimming, volleyball, golf and track, which he says should be a cause for celebration.

“Anywhere else in the world that would be amazing,” he said. “There’d be a ticker-tape parade going in Vancouver if a school in the States had won nine national championships in three months.”

“But what hurts me to my heart is we do 99 things to make this place safe, accommodating, inclusive, diverse. And then one speaker comes and all of that goes out the window,” said Carry.

“And I challenge that we are not that fragile. I want to say we are a stronger community than any single speaker.”