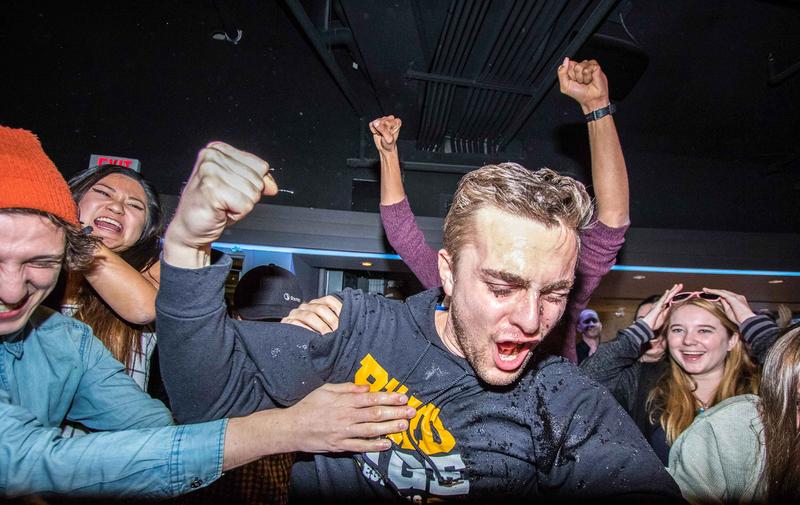 The absurdity of this year's AMS Elections is not lost on the first-ever joke candidate to win the presidency.

“‘Kind of weird’ is probably an understatement. It was very weird,” said Alan Ehrenholz, whose name on the ballot was “The Engineer's Cairn.”

In February, Ehrenholz was approached by a group of friends in the EUS. They planned to run a campaign for the Cairn, but they needed a meat puppet to translate its thoughts.

But the plan began to unravel as Ehrenholz emerged as a legitimate front-runner. When voting week started, he decided to commit.

“On the first day of voting, there were so many people on social media saying, ‘Oh my god, I just voted for a hunk of concrete.’ I felt, you know what, if these people are putting their faith in me, I think I need to give them something to grab onto,” he said.

Ehrenholz also said it wasn't all his call.

“I had a couple friends who were very supportive and kind of pushed me to do it,” he said, naming Timothy Hoggan, Alexandra Mann, Kevin Proctor and his girlfriend, Emma Croft, as key players in his decision.

“Without her... approval, we'll call it, I definitely wouldn't have gone through with it. Having her beside me was very important to me.”

Croft got a taste of a bit more than victory on election night.

“In the photos ... she just looks ultra concerned and sad the entire time despite the fact that we won, and it's because there's all this beer on her.”

Ehrenholz comes from a long line of UBC engineers. His grandfather graduated from the program in 1953. His father, who also served as EUS president, graduated in 1981.

“That was a large part of why I came to UBC [because my dad] had all these really cool stories about what he and his friends did at their time with the EUS, and I was like, ‘You know what? ... I want to have my own stories to pass down to my kids,’” he said. “This one will probably be one of those stories that gets passed down.”

Ehrenholz certainly had the most student government experience of any presidential candidate coming into the race, having been involved with student politics since high school. Once he got to UBC, that instinct followed.

“I was like, ‘how can I get involved, what can I do?’ It just kind of snowballed from there,” he said.

In the third week of his first year, Ehrenholz ran for EUS council and won.

“I had a steep learning curve. I thought I was really cool as student government president of my high school, but [being a first-year in the EUS] was a completely different game,” he said.

"This one will probably be one of those stories that gets passed down."

The roll stopped last year, when he lost the race for AMS VP Administration to Chris Scott.

“I took a year off and regenerated a lot of energy. I got involved in soccer, which is something I hadn't been doing for the first couple years of school at UBC, and I think that's really helped me have some balance with school and fun,” he said.

Ehrenholz's presidential campaign was inspired by a previous Cairn joke — a superhero created by the EUS in 2014 called Captain Cairn.

“I ... went out and bought some grey tights, stitched a red E on some grey Under Armour and got a cape and ran around Imagine Day like a crazy person, spouting, ‘we are, we are, we are the engineers,’” he said.

“I'll never forget dressing up in tights for pretty much two weeks straight. It was very comfortable, I have to say.”

The campaign might have been — partially — a joke, but now Ehrenholz has to think about taking the reins of a non-profit that represents over 50,000 students.

The AMS is “in a much nicer place” than this time last year, he said. They are not running a deficit, for one. The governance review, having passed, is no longer looming. Now it's a matter of implementing those changes.

“We are changing some pretty big things ... so there could be some challenges getting all the constituencies on board there, but overall, it looks really good. I'm excited to continue to build on the strategic plan with my team and ... do some cool things this year,” he said.

Ehrenholz talked to the other newly-minted executives on elections night, but surprisingly, not a lot of work was done. 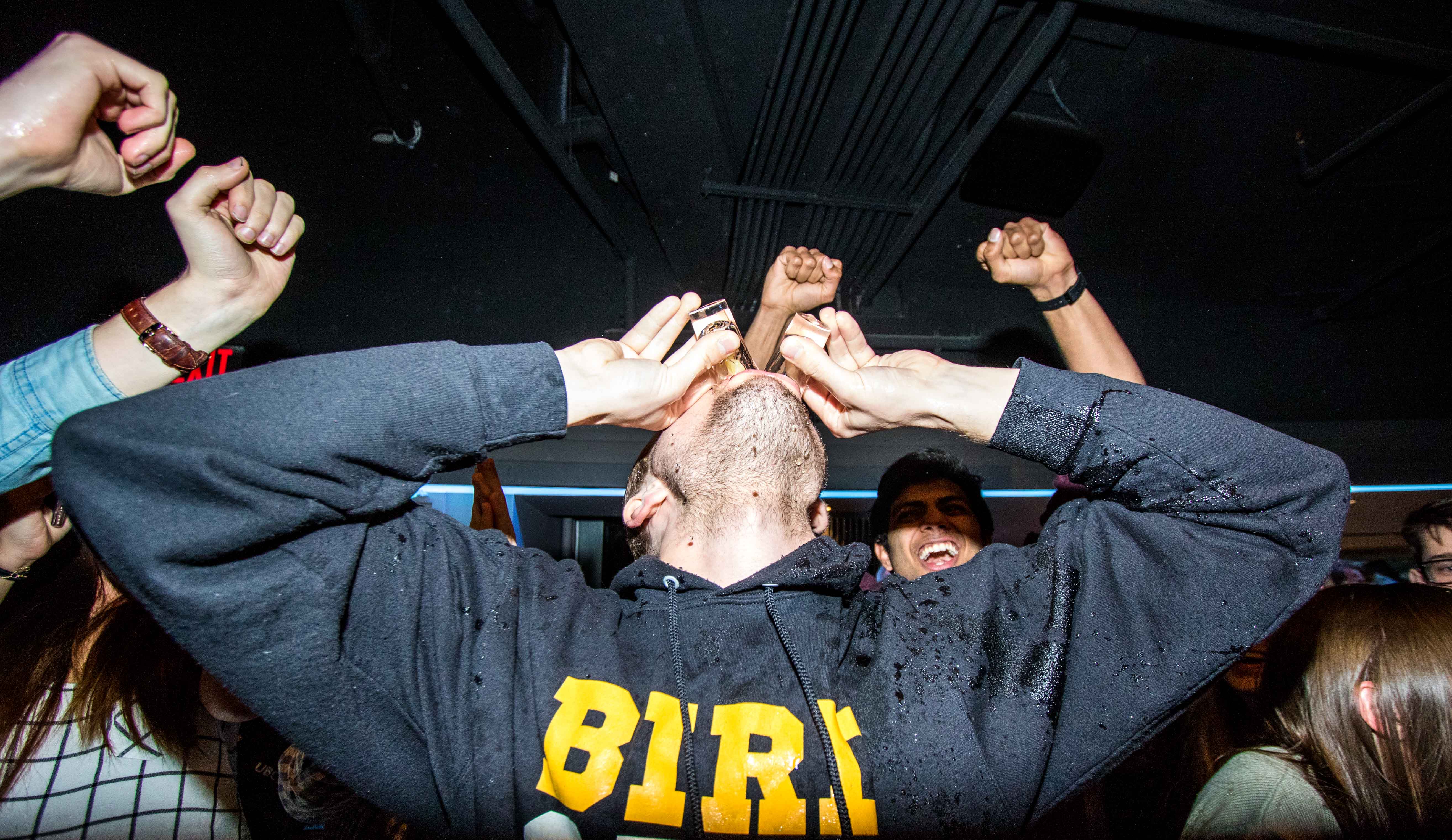 “I think come Monday, once we've settled down from all the excitement of winning, we'll come together and make sure we're working towards May 1,” he said.