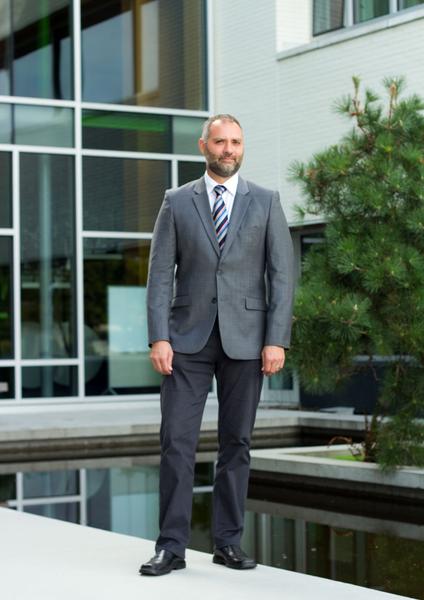 Prof. Perrin at the Allard School of Law Photo Josh Medicoff / The Ubyssey

University students with ambitions of becoming critical figures in Canadian law have much to learn from Benjamin Perrin, Associate Professor at the Peter A. Allard School of Law. Throughout his academic and legal career, Perrin has combined talent and hard work to establish himself as one of the country’s foremost experts in criminal law.

Perrin birthed his interest in law decades ago, at high school debates and Model United Nations conferences. “I had a real interest in international issues and thought that the law could be a way to help.”

Although he enrolled in the Bachelor of Commerce program at the University of Calgary, Perrin never lost sight of his main passion. So when his summer internship at a Bay Street consulting firm led to a lucrative full-time job offer, Perrin decided to tackle a global issue during the last summer of his undergraduate career.

“What I really wanted to do was to use that time to try to have some sort of positive impact in the world.” In August of 2000, during a weekend getaway with friends, Perrin keyed in on a humanitarian issue that would become the focus of his career.

“We looked for organizations we could volunteer with and have an impact, and we couldn’t find any on the issue of human trafficking, which was what we really gravitated to.” Perrin and his group of friends established a not-for-profit organization, and began planning for their project in earnest.

“From that point, in September when we decided that human trafficking in Southeast Asia was the issue we wanted to make an impact on, to May when we were actually on the ground in Phnom Penh, Cambodia, was a complete whirlwind.” Through a variety of fundraising campaigns, the organization raised nearly $40,000. In Cambodia, Perrin was able to help victims of human trafficking transition into normal lives and educate tens of thousands of families in rural areas to combat risk factors in their villages.

At the end of his time in Cambodia, Perrin received an unexpected call. “Back in 2001 was when the dot-com bubble burst. The management of the consulting company called me and said ‘We can’t hire you. We’ll give you a little bit of money because you’re supposed to start in a week, and, you know, sorry.’”

With limited options, Perrin spent the next year applying to law school and raising funds for the not-for-profit organization. Fortunately, he was accepted to the JD Program at the University of Toronto. It was during this time that Perrin rose to prominence in Canadian law circles.

“I was in my second year of law school at U of T and I got a call from the Calgary Herald [asking for me to comment]. I thought that it was some alleged sex offender who had been caught in Cambodia, but they said it was in Calgary. And that was surprising, because I had never heard of human trafficking cases in Canada.” So Perrin investigated human trafficking in Canada further and was horrified by what he found.

“We started up a research project looking at what Canada is doing about human trafficking and it turned out back then, in 2004, little to nothing [was being done] even though we signed [an UN] treaty in 2000.” The treaty committed Canada to developing ways to combat trafficking and support victims. “We put out a pretty scathing report, which came out while I was doing my LL.M [February 2006], which essentially gave Canada a failing grade compared to other countries and what they had done, like the US, UK and Australia.”

The consolation in failure is that the only way is up, and this certainly held true in this case. Monte Solberg, the newly appointed minister of citizenship and immigration at the time, called Perrin and asked him to work with him in Ottawa to combat human trafficking in Canada.

Perrin took up his offer and “within just a couple of months, the department had prepared a directive, which the minister then signed [in 2006], that gives temporary residence permits, emergency health  care and counseling services to foreign victims of human trafficking. Now over a decade later, there are hundreds of people — victims of trafficking in Canada — who were able to get support because of that action.”

During this period, Perrin worked into the evenings to finish his Master’s thesis and pass his bar exam. After receiving his LL.M from McGill University in 2007 and completing a clerkship at the Supreme Court, Perrin found himself with a choice to make, with legal and academic career options diverging on his career path.

Perrin ended up choosing academia “because of the professors I have had and seen, who weren’t just teaching in the classroom and writing articles for journals. They were actually doing things to make an impact on the world. They were active, and changing laws and policies.

In 2007, Perrin moved back to western Canada, to the Allard School of Law.

“At least half of my students were older than I was — people couldn’t tell that I was a professor. It was very awkward for me at first.”

He quickly settled in. Perrin’s first publication, Invisible Chains (2010), was named one of the top books of the year by The Globe and Mail and has further impacted Canadian policies on human trafficking.

Since then, Perrin has established himself as one of Allard Hall’s most industrious professors, publishing several books on criminal law and completing other projects, such as a report card on the Canadian “justice deficit” – “a large gap between what the justice system is supposed to do and what it actually does.”

Reflecting upon his experiences, Perrin urges students to take action. “Don’t wait until you graduate. You have abilities and passion right now — use them. There’s a lot of energy, skill and ability that students have — you don’t need to graduate, get a job and wait for someone to give you permission to start trying to have an impact. Instead, you really just have to do it on your own.”