Our Campus: Carrie Xiong spices up My Home Cuisine at the International Food Court 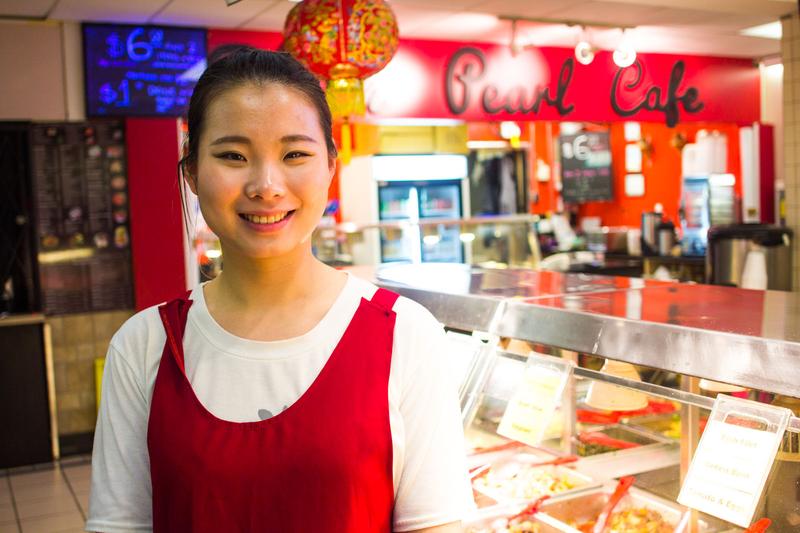 My Home Cuisine competes with Black Pearl Café, the Chinese outlet directly beside it.

The University Village at UBC is a haven for price-conscious students. In particular, the underground International Food Court, located next to the McDonald's just off of Allison Road, offers a variety of ethnic cuisines and are known for their heaps of food and not-terrible prices.

Perhaps due to the popularity of Chinese food, or maybe because a third of UBC students identify in some way as Chinese, My Home Cuisine restaurant finds itself consistently busy. Carrie Xiong, a post-secondary student who works part-time at her parent’s successful restaurant, believes it all comes down to the cooking.

“International students, and especially Asians, will come here and try out home food. My Home Cuisine — [we cook] the home style. For other people that are not Asian, they can try different regional foods,” she said.

The food itself is heavily influenced by her family’s geographical background. Xiong’s father is from the Huanan County, and her mom has roots in the Sichuan province and Xinjiang region, all locales with spicy flavour profiles. Her father, the chef, based his dishes off of these traditional flavours, but has added customer requests throughout the years.

“My dad is the main cook and we have kitchen helpers. [Over time,] we definitely added more [dishes] and we changed the recipes accordingly as well. Some people said [they want] the sweet stuff sweeter or the sour stuff more sour, and that they want to add more vegetables to their diet. Then, we also added seafood,” said Xiong. 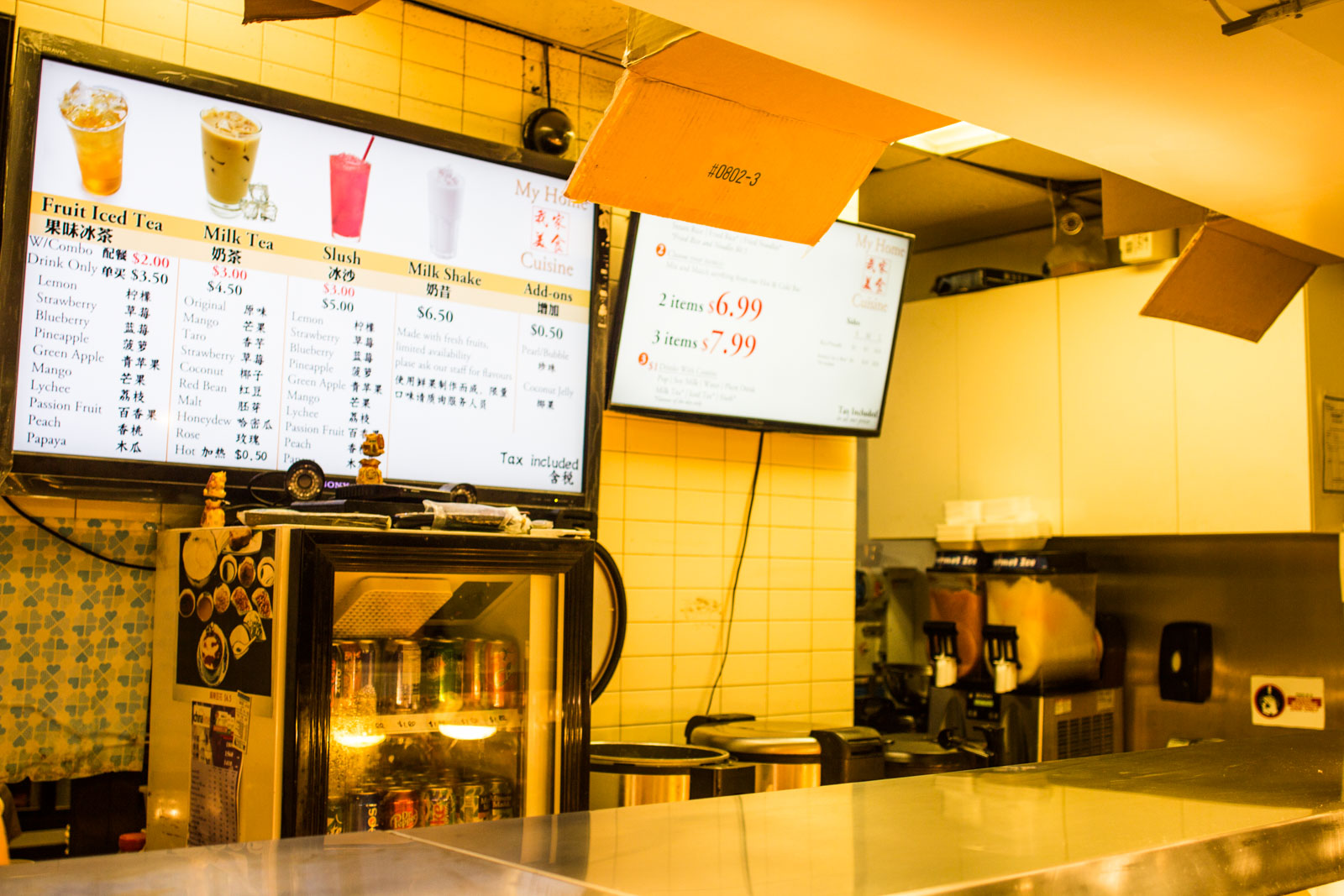 Peering over the counter of My Home Cuisine.

Although My Home Cuisine does not operate an official feedback system, you can offer your opinions over the counter as you are ordering food. Dishes customers request may even be added to the menu.

“Sometimes people say, ‘This dish, I really want to eat again. It’s from my hometown, here’s the name — can you make it sometime?’ It’s like, ‘Yeah, why not? We can try it,’” she said.

The restaurant was opened about 10 years ago by Xiong’s parents, who decided to begin the independent venture due to the lack of other jobs after the 2000 recession. They looked around UBC for a suitable location, and found the opportunity in the middle of the International Food Court. Since then, the Xiong family has ostensibly lived behind the counter of the Chinese restaurant, serving tens of thousands of UBC students.

“As a new business, obviously we had our difficulties. [My parents] worked really hard. From the years I’ve been watching them, they’ve only had three hours of sleep [per night]. Start-ups are very hard and they put in a lot of hours — definitely more than 12 hours a day. I think their hard work is paying off and I'm very happy to see that,” she said.

With a constant stream of customers, the restaurant has been able to up its game in recent years. Back when they first opened, they didn't accept debit and credit cards, but they have since expanded the hot food section, and now have the luxury of displaying their menu on televisions.

“If you’re doing good in business, obviously someone wants to get in to get a slice of the pie. It is very stressful sometimes, especially when you see regulars go to other restaurants for a lower price or other reasons. We try to match up the price, and kind of follow what they are doing. Competition is bad for us, but it’s also good because it keeps things going. It gives us [incentive] to make the customer happier,” said Xiong.

As the saying goes, customers have voted with their feet that My Home Cuisine is worth buying meals from. However, many have experienced inconsistent portion sizing — a point which is brought up in both positive and negative online reviews.

“We do try to regulate [portion sizes], but sometimes, especially when we hire new people, the portion tends to be smaller or bigger than we want. It’s really hard for them to grasp the portion size when they’re starting work. As long as they work a few weeks, they get used to it, how big the portion sizes are and then they’ll be better,” she said.

In all, Xiong and her family are happy for their success, and even happier to have the support of UBC students, their customers. However, Xiong explained that not all customers are respectful.

“The service industry itself — there are people who I feel like their mentality is like, ‘I’m superior than you because I’m paying you.’ There’s a lot of that, but otherwise it’s pretty good. And the university setting is better than outside — lots of students [can] understand us.”