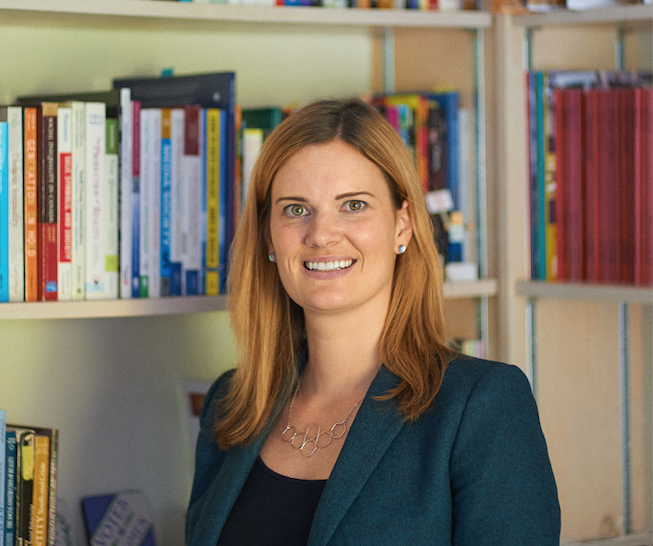 Dr. Corrigall-Brown is looking to raise the next generation of activists. Iyanu Owalabi

Dr. Catherine Corrigall-Brown did not march at the first protest she ever attended, but not because she was lazy — she was so young that her parents had to carry her.

“My mom was very involved in the women’s movement, so when I was little, many of my weekend activities used to consist of them taking me to protests and going to things like ‘protest and pancakes.’”

As a child, Dr. Corrigall-Brown’s aspirations were to become the Queen and then later Prime Minister. Soon, she discovered sociology in first year and was intrigued by the discipline, which she had never encountered before.

Now an associate professor in the sociology department at UBC who focuses on social movements, Dr. Corrigall-Brown is one of the recipients of the 2016/17 Killam Teaching Prize, which recognizes excellence in teaching at UBC.

While very interested in what she was studying, and a self-described keen student, Dr. Corrigall-Brown was a very quiet and never spoke up in class — until third year, when a professor confronted her after class and said, “Catherine, next class, I’m going to be waiting for you to say something.”

She forced herself to talk and her university education changed — classes became more engaging as she learned more. As a professor, Dr. Corrigall-Brown noted that she is always amazed by students who speak out in classes that can have as many as 400 students in them, as it can be daunting in such a large group.

This semester, Dr. Corrigall-Brown teaches a large introductory class as well as a smaller upper-level class, a division made possible by the flexibility of her teaching style that earned her the Killam Prize.

“I love teaching, I put a lot of energy into it. I really think it’s a really important part of what we do here, and to get an award for that, which was partly from students, was a really pivotal moment for me.”

The award partially comes from student letters and evaluations, and Dr. Corrigall-Brown says she was most affected by these, especially the ones that said she had helped change the students’ view of the world around them and impacted their way of thinking. For her, hearing these comments is something that “re-inspires me about what we’re doing in the classroom.”

Dr. Corrigall-Brown doesn’t just want her students to regurgitate information — she wants them to learn ideas and frameworks that they could apply anywhere, not just within the discipline of sociology.

Being a part of “expanding student’s minds” and teaching to them to think more critically are some of her favourite parts of teaching, but the small stuff can still weigh her down.

“The only thing that's not really fun about teaching is grading. It is very boring. I would say that it’s the least fun for everybody.”

Dr. Corrigall-Brown sees the importance of her main research focus in social movements — particularly why people do or do not participate in collective action — increasing in relevance over recent months with the uptick in the number of protests in Canada, due to mainly unrest and unhappiness with certain politics, climate change and women’s equality. According to her, the nature of these protests have encouraged the population, especially the younger population, to push to have their voices heard.

“Once you go once, you’re more likely to sort of be engaged in your community and out there expressing your opinions and you care more about what happens because you’re in the game now, right — you’re in the discussion.”

She specifically referenced the recent huge counter-protest that occurred in Vancouver against the planned anti-immigration rally as an example of this new activism.

“If there wasn’t that tiny group of people who said they were going to have that rally, you wouldn’t have gotten the 5,000 people out to say ‘we don’t believe in that.’”

Looking to the future, Dr. Corrigall-Brown is working on a project which will hopefully be the basis of another book. She will follow Facebook groups formed for the Women’s Marches that occurred earlier in January and observe the trends of who stays engaged and continues protesting over time.

Personally, Dr. Corrigall-Brown is looking to raise the next generation of activists. Continuing in her parent’s footsteps, she took her three-year-old son to his first protest this August.

“We went to the protest and as we walked up to City Hall and there were all the people there [and] he says ‘I love protests.’ And I thought, ‘this is wonderful,’” she said.

“It’s very inspiring to see other people other there fighting for what they believe in and I hope they keep doing so.”