Our Campus: Dr. Henry Yu engages students in untold histories of BC migration 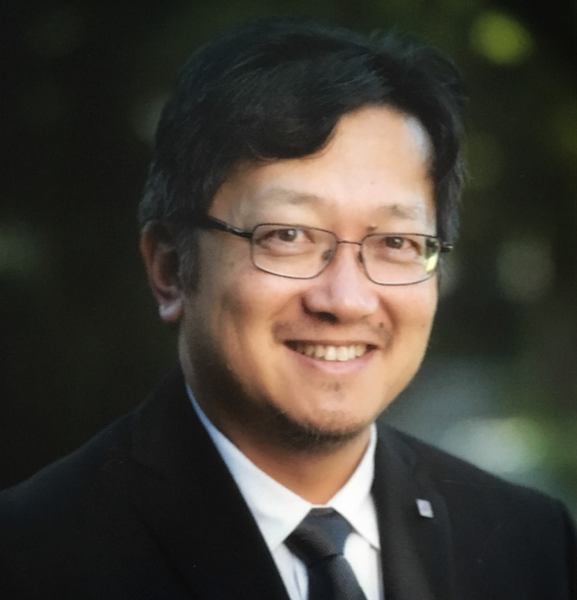 For Yu, learning and acknowledging untold histories is essential to fighting racism and discrimination in British Columbia. Courtesy Henry Yu

Dr. Henry Yu’s interest in trans-Pacific migration began at the ripe age of three, when he accompanied his grandfather to visit “uncles” in Chinatown.

“I remember once visiting an uncle,” said Yu. “I don’t think he was actually related to me — all people of that generation were uncles.”

Yu, the manager of St. John’s College and an associate professor of history who focuses on Asian-Canadian studies and Asian migration at UBC, recalled being struck by the cockroach-infested conditions in which his grandfather’s peers — known as “oldtimers” — lived. His respect for them grew once he realized who they were.

“Chinatown in the 70’s was the last remnants of that world of male labourers who had helped build the railroad, early industries, agriculture, logging — who worked alongside Indigenous people hidden from the history that I learned in high school.”

As a descendent of migrants from Zhongshan county in southern China, Yu became personally invested in uncovering the stories of the forgotten oldtimers who played a significant role in shaping not only his personal history, but also British Columbia’s. Now, as debates surrounding the future of Chinatown intensify in Vancouver, Yu has taken an activist approach towards maintaining the history and culture of the area.

Yu previously served as the project lead of “Chinese-Canadian Histories: Uncommon Histories from a Common Past” — a $1.17 million project funded by the federal government to shed light on the overlooked histories of Chinese immigrants. Notably, Yu recalled students pioneered innovative creations, such as photo albums and digital resources for teachers to use to teach students about the historical suffering of Chinese immigrants from discriminatory legislation such as the head tax. This law made it challenging for oldtimers to bring their families to Canada.

“We did a lot of things in a mobile kiosk that went around Vancouver Public Library, Ottawa Public Library and all around the country,” said Yu.

However, he said that the short deadline imposed by the federal government hindered the maximization of the project’s potential, and he felt that their activism wasn’t fully heard.

“I think what left a sour taste in my mouth was that we had to do it in such a short time for no reason,” said Yu of the project. “That was a requirement imposed upon us by people who really weren’t consulting and listening to what we were saying.”

Besides conducting his own research and teaching at UBC, Yu also serves as the current director of the Initiative for Student Teaching and Research in Chinese Canadian Studies (INSTRCC) at UBC. For him, the most rewarding aspect of INSTRCC is the student and community engagement that other disciplines may lack.

“I’ve taken a lot of courses in my life where you study for the exam the night before and you regurgitate or vomit it [back] on the exam,” said Yu. “That is the worst scenario in knowledge-making and knowledge-learning — [it’s] learning that does nothing.

“I’d much rather students tell me something I don’t know. Show me something that is relevant to them that they’re passionate about and that really moves them.”

To encourage student participation, Yu has taken students abroad on six-week summer courses focused on food as a reflection of cultural change, starting with a course titled “Eating Our Way from Vancouver to LA” in 2005 and expanding to “Eating Our Way Across Southeast Asia” two years later.

His next destination is southern China in the summer of 2018 to provide an opportunity for students to learn how people in those rural villages live and how food and medicine are not separate categories. Yu hopes that his students, who have typically grown up in Vancouver, will learn from the villagers’ philosophy of food and share it with others by interning at community gardens upon their return.

While he sees promise in his students, Yu noted that confronting Canada’s discriminatory history is a huge task — not only in academia but in policy as well. Despite advancements made in the field of migration studies and reconciliation efforts for Vancouver’s history of discrimination, Yu expressed his doubt about the notion that white supremacy is a thing of the past in Canada.

Yu has been actively involved in public debate on issues of immigration and racism in Canada since he responded to the controversial Maclean’s article “Too Asian?” — now-titled “The enrollment controversy” — which questioned how the demographic makeup of Canadian universities with a large Asian population has an impact on campus life.

“[The article didn't say] ‘white Canadian,’” said Yu. “But every time that article asked who was ‘too Asian’ and who was reacting to that, why was it that every use of ‘Canadian’ was a white Canadian?”

More recently, Yu contributed his two cents to the public controversy over the 105 Keefer project, which would see luxury condominiums built on one of Chinatown’s historic sites. The proposal has drawn considerable criticism for possibly masking gentrification of the area as “revitalization.” Instead, Yu proposed that the land be used to honour Chinatown’s residents and legacy in Canada.

For Yu, learning and acknowledging untold histories is essential to fighting racism and discrimination in British Columbia.

“In another way, racism and discrimination is not just about taking something away — it’s also the taking away of opportunity,” said Yu.

“How do you reconcile with that which was lost, including things that never were?”