Our Campus: Filmmaker Leo Zuckerman on travelling, creative freedom and giving a fuck about work 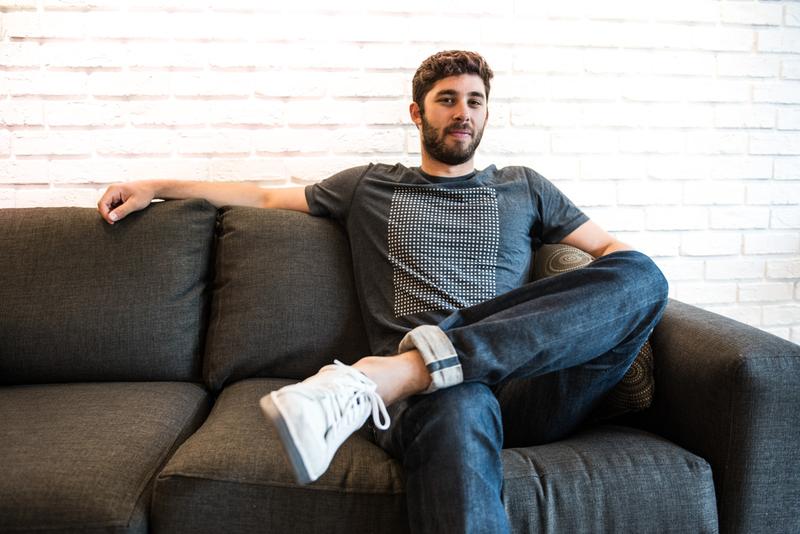 Traveling the world, spending time with sports celebrities, and pursing your artistic passion. It may sound like a dream, but it's how film director and UBC alumnus Leo Zuckerman now describes his life.

Zuckerman grew up in Montreal, but his connection to the west coast began in his childhood years.

"I spent a lot of my summers in Whistler, from 10 years old," said Zuckerman.

However, he did not initially pursue film, focusing on science and engineering prior to post-secondary education.

Ultimately, Zuckerman chose to pursue a BFA in film production at UBC.

"I was like, I don’t really like engineering that much. I’m gonna try something new, and I just threw a Hail Mary and came out here to do film," he said.

It was a decision that has paid off handsomely for him. From producing short amateur films shared on Vimeo, Zuckerman has become a film director with Soft Citizen, a top-5 Canadian advertising company, and now manages six-figure production budgets.

His key to success?

"The internet, man. The internet is so powerful. The opportunities are not just in the tech sector – anything that’s related to the internet, there’s just so much potential," he said. "If you can stand out in that kind of space with an audience of billions – hundreds of thousands, millions of potential clients see your work."

Zuckerman’s most recent production was a film on the US One Sailing Team, who he joined on their circuit in China.

"I’m getting the opportunity to do some really cool stuff," he acknowledged. "Most people can’t go on an America’s Cup class racing boat. To be on that boat and racing is just a completely different perspective. These guys are really, really intense."

The finished product is a masterpiece, but Zuckerman remembers that acquiring the footage was no easy feat. US One gave him complete control over the project, which is something Zuckerman always appreciates.

"It’s what any artist hopes for, full creative freedom. Oftentimes, when you’re working on an advertising project you’ve got 15 people telling what you can and cannot do, creatively," he said. "It’s very restrictive."

Film production has created other overseas opportunities for Zuckerman. In September 2014, he traveled to New Zealand to direct and shoot a travel short on helicopter-skiing in the Southern Alps. The short aired on Fuel TV AUS and Fox Sports US.

"I was more of a talent, since the [TV] show was about creating a film. It was a lot of fun; any opportunity to travel and shoot somewhere new is very enjoyable. [The show] hasn’t had much acclaim, but I really like it."

Zuckerman has treaded a long path to his current success. "It started small; edits here and there. I got a lot of emails, and I had to filter through the bullshit to get to the good stuff."

"My big break was a job for Canada Tourism through an agency called GCD. They saw my sports stuff, and they were doing an ad for youth travellers," he said. "That was a key piece for me in terms of going from amateur to taking the next step into advertising and professional tier level production."

Reflecting on his career, Zuckerman doesn't regret anything so far. However, he has much criticism for the BFA program at UBC.

"As an independent artist, there are so many skills that [the BFA] doesn’t teach you. What I learned [during my BFA] was film studies, theoretical studying of film, and not applied knowledge, which it should be in my opinion."

Furthermore, Zuckerman believes that the program could do much more to nurture fine arts students as business-savvy entrepreneurs.

"It’s so important. From A to Z. Accounting, client relations, taxes, everything! Just basic, basic stuff that I’ve learnt on my own. It would have been nice to have come out of school knowing practical business operations skills."

For aspiring artists, Zuckerman’s advice is to take baby steps.