Our Campus: Mental health accessibility is the goal for Campus Lightbox 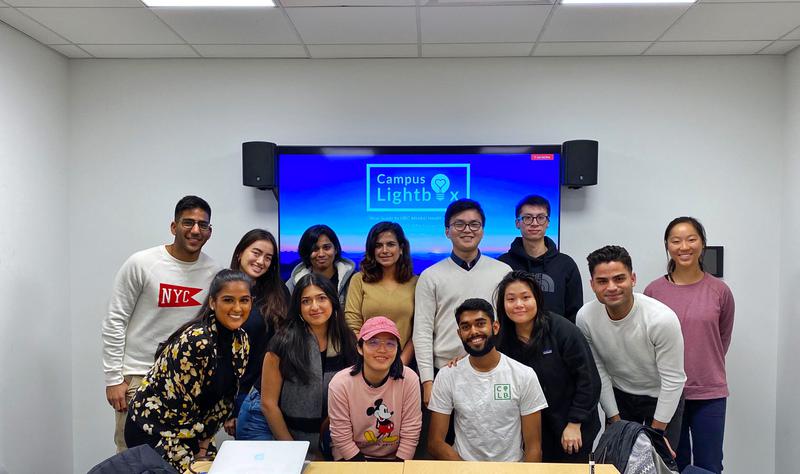 ”If we find something interesting, we can develop solutions that would help people in similar situations.” Courtesy Project Aurora

As more mental health resources establish themselves on campus, Project Aurora is shining a light to make them all a bit more accessible.

Campus Lightbox is a website that consolidates all the on-campus mental health resources available into an interface that students can use to filter through their options and find the resources that best fit their needs.

Campus Lightbox was created by Project Aurora, a student-run mental health initiative that “seeks to dismantle the barriers between campus mental health resources and those who are in need of it.”

Project Aurora was founded by Bhaskar Yechuri and David Kang in 2017, just after their second year in the faculty of electrical and computer engineering. At the time, Yechuri and Kang were working through their own share of difficulties regarding mental health. It was also around then that they began to realize how prevalent the issue was amongst their peers.

“We noticed everyone else was in a very difficult spot and that … a lot of these people could have benefited from going out and seeking help. Only a very, very small subset of those people ever actually did,” said Yechuri.

“The magnitude of the problem was staggering in the sense that every single person seemed to be struggling with it and no one really knew where or how or when to get that help. The problem is everyone has very busy schedules and actually going out and seeking that help would mean taking time outside of classes.”

Once they’d taken a step back from school, with Yechuri on co-op and Kang taking a gap year, they began to realize their experiences were part of a larger issue.

“We started thinking, ‘Hey, we have all this free time now. Why don’t we see if we can learn a little bit about why this is happening? And maybe if we find something interesting, we can develop solutions that would help people in similar situations … That'd be amazing,’” said Yechuri.

But before they could develop solutions, they first had to understand what barriers exist that prevent students from seeking support. To find that answer, Yechuri and Kang began a year-long research phase.

During this period, they spoke to various mental health organizations on campus, like Student Health Services and the AMS’s Speakeasy and Vice, for their perspectives on the issue.

“[We reached out saying] ‘We are a couple students who are trying to learn more about the mental health system at UBC and the landscape in the efforts that maybe we can learn something and try to build solutions that bridge some gaps that exist,'” said Yechuri.

“So that was enough for all these people to lend us some of their time and talk to us about what they saw.”

Encouraged by the feedback and support and they’d received, Yechuri and Kang sent out a student survey to better understand the campus perspective.

“We just wanted a space where people can talk about their experiences, and which resources they reached out to and what helped them the most and things like that,” said Yechuri.

With the help of some of the organizations they’d talked to, Yechuri and Kang promoted the survey with platforms such as Kaleidoscope and the Mental Health Awareness Club. It was through these groups that they were able to get a diverse pool of responses.

“We got way more than we expected. We got about 150 to 160 responses from first-year [students] … all the way to graduate school. And from various faculties, so we had applied science, sciences, arts … it was a good mix, surprisingly,” said Yechuri.

“And that’s a striking statistic because on campus we do have a wide diversity of mental health resources,” said Yechuri, “and the fact that the average person only knows two, or one or zero, is kind of concerning.”

Through their research and dialogue with other campus resources, the Project Aurora team realized that consolidation was one of the needs to be addressed for students.

“And the way we know that is because we aren’t the only ones who realize this issue. Pretty much every student advising body on campus, every faculty, every department has their own list of these mental resources that they pass out to students who come asking for this kind of stuff,” said Yechuri.

“So far the solution has just been to create a list or a PDF or a website with bullet points.”

According to Yechuri, the resources are all accessible, but their lack of visibility proved to be a problem.

After brainstorming potential solutions, Yechuri and Kang decided on Campus Lightbox, which “seemed to be the most concrete, tangible and most short-term immediate change we could make,” said Yechuri.

With the framework in place, Yechuri and Kang began recruiting for their web development and outreach teams. Slowly but surely, Project Aurora began to expand into a group of students passionate about mental health and wellness. Finally, they successfully launched the first version of Campus Lightbox on May 1.

But they weren’t done yet. According to Yechuri, Campus Lightbox is the first of many phases that Project Aurora plans to implement.

“I think we’re going to be doing yet another research phase. It’s about time now — it’s been two years where we spent building this first thing. Things may have changed,” he said.

“So it’s time to re-check with the students again and see if the knowledge that we have is still accurate and to make sure that we're not building based on old information.”