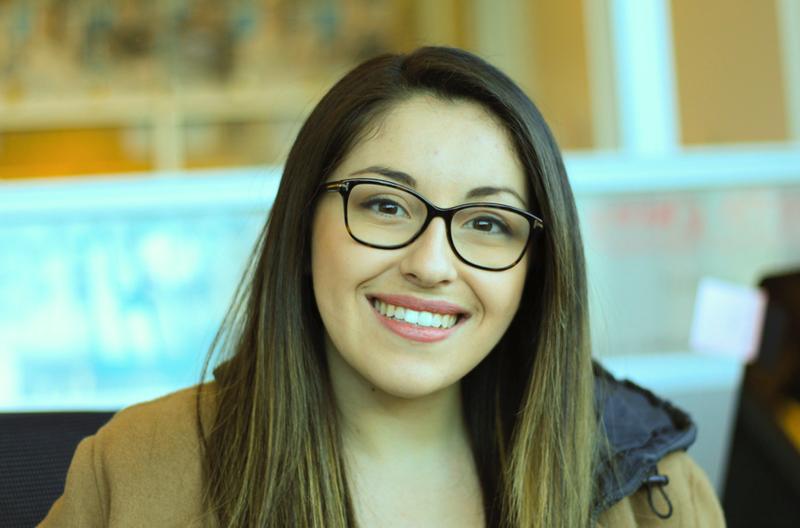 Lina Castro is the coordinator of VICE, a brand new AMS service that aims to help UBC students find a balance with alcohol, drugs and technology use. The fourth-year behavioural neuroscience major and commerce minor has been working on the program — which officially launched last week — since summer 2016.

VICE has three main components: education and outreach, dialogue, and mentorship. Education and outreach volunteers aim to break down misconceptions about substance use and the amount that an average college student drinks or uses. Dialogue volunteers facilitate peer discussion sessions — a no-pressure environment for students to ask questions or talk about substance and technology use — while the mentorship program pairs students up with a volunteer that will help them create a plan to develop healthier habits or seek out other resources and continue to check in with them.

Castro aims to make VICE not only accessible, but welcoming.

“We’re not an abstinence-based service. We’re not your mom telling you not to do something,” she said.

The service will primarily target first-year students and collaborations with first-year residences have already been planned, but Castro believes that VICE can be beneficial to students of any age.

After serving for two years as the AMS mental health and wellbeing commissioner, Castro wanted a more direct way to help students. Under the VP academic portfolio, she worked on policy initiatives and pushed for changes to support mental wellbeing. However, the nature of the work meant that it would be a long time before she saw those changes implemented.

“You don’t really get to see the impact of your work right away. For example, a fall reading break, if it happens, won’t come about until after I graduate,” she said.

Once she was hired to work on VICE, she was given the task of determining whether the service was actually necessary to students or not. To do so, Castro spoke with various stakeholders on campus, from Counselling Services to the Wellness Centre, to figure out what gaps needed to be filled when it came to student wellbeing.

“This kind of service hasn’t existed before at UBC, and doesn’t exist at many other universities either. Paving out what this was going to look like was kind of a scary process — I felt like I was trying to feel my way around a dark room sometimes,” she said.

Castro sought out input from other campus organizations and volunteers she hired about what kind of service VICE should become, which she said was integral to determining exactly what form the program would take.

“I myself am just a student, not a professional, so I made a conscious effort to speak with professionals ... but it was intimidating to make those final judgment calls and say what the service was actually going to look like.”

Student volunteers have a large role to play in turning VICE into a success. They receive training on general health literacy, stigmas around different substances, empathy-building, goal-setting and the resources that exist on and off campus, among other things.

“The most rewarding part has been working with the volunteers because they put so much time and effort into the service too. I was really touched by all the work they put into it. I feel like they put just as much work into it as I do,” she said.

In addition to her position with VICE and her workload as a student, Castro is also a senator for the university and was the president of her sorority, Kappa Alpha Theta, from December 2015 to December 2016. Although the workload was challenging, Castro said that being passionate about all the positions she held allowed her to stay healthy.

“I didn’t find myself dreading this job or dreading going to senate meetings, because they were all things that I willingly took on. Putting in all those hours is a lot easier when you actually care about the things that you’re doing,” she said.

As VICE gains momentum, Castro hopes that more students will become aware of it. With a framework established, she hopes that next year will see more collaboration with other groups on campus, more workshops and increased understanding of what the service does.

“Ultimately, my big goal would be that every student on campus feels like they have a place to go to explore that balance with alcohol, drugs and technology.”