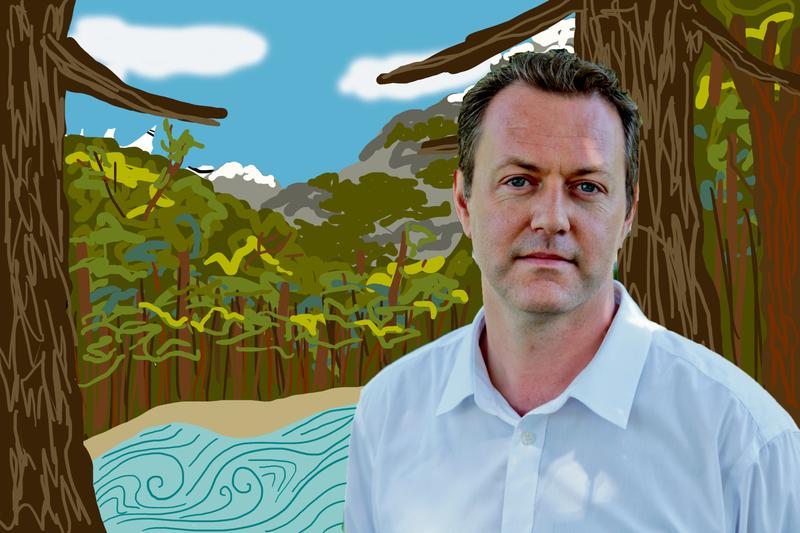 “Not knowing anything is not a problem, but not being willing to try to understand more is.” Photo courtesy Mark Turin/Art Lua Presidio

Growing up in the UK with an Italian father and a Dutch mother, Turin had been exposed to different languages. He realized he had an aptitude for them and decided to pursue them at Cambridge.

Then a gap year in Nepal completely reshaped his ambitions — he never have foreseen that this love would take him to Bella Bella, home of the Heiltsuk Nation, to work on language revitalization as the chair of First Nations and Endangered Languages Program.

“I lived and worked as a sort of English conversation teacher in northwestern Nepal and that really turned my life, my thinking upside down,” said Turin. “Until that point, languages seemed to be easy and fun to learn and they seemed to be a goal in themselves. But in Nepal, I was exposed to a level of linguistic diversity I had never seen before.”

“[The field] seemed to be complete, holistic. It involved history and geography and language and society and philosophy and I thought that’s what I’d like to study.”

Throughout his career, Turin has married these two interests, obtaining a PhD and working on numerous Himalayan language revitalization projects.

But according to him, the Heiltsuk project is different than anything he has previously worked on. Most Indigenous languages in the Himalayas are undocumented, whereas most have been documented to some degree in the Pacific Northwest.

“I had the privilege and the responsibility — which is a non-trivial responsibility — of engaging in the primary documentation of an Indigenous language in Nepal,” said Turin, noting that work in Pacific Northwest languages is more about continuing what has already been done.

“Yes they’re endangered, yes there’s more work to be done for sure … but the primary level of documentation is there.”

But although this documentation does exist, it does not often exist in a form that is usable by local communities.

“We had great materials to work with,” said Turin. “[For] many of them already there was an orthography, but it was an orthography that had been written at a time when the constraints were that of a typewriter.”

Turin explained that Heiltsuk language — often written as Híɫzaqv or Háiɫzaqv — was documented before the widespread use of computers, so the researchers had used special typewriter keys to represent the special characters. The problem is today, these characters won’t render on a computer screen.

“People are taking photos with cameras ... and sending it as a jpeg to each other by text message,” noted Turin. “That’s not an easy way to mobilize language!”

He added that the goal of the project also became to digitize, re-key, mobilize and activate those materials. “There’s all this material, now let’s find a way to get it back into the hands, the voices, the keyboards and the textbooks of the community.”

Turin sees this project as incredibly important. How to convey this importance is something he teaches his students.

“We have a whole section of [one of my] course[s] which is basically called ‘taking it to the people’ or ‘what you do or why does this matter, explained to your grumpy uncle,’” said Turin, noting that there are numerous reasons to focus on language revitalization.

“We spend so much money preserving old buildings … Why not also spend some money documenting the extraordinary linguistic diversity of our species — that thing that makes us human?” he asked. “We know intimate things about English and Sanskrit and Latin and German. Yet we know next to nothing about most of the world’s linguistic diversity.

“What a terrible thing, to imagine presiding over that demise and doing nothing, right?”

Another reason the preservation is important is because of its significance for Indigenous communities in particular.

“I have been struck by how communities here, despite everything that’s been done to them and 150 years of colonization, have found ways to keep the languages alive because these are languages indexically related to a sense of place and belonging and culture,” said Turin.

“There are research projects coming out of BC and other places that show that communities that have cultural continuity — they call it linguistic continuity — often have much reduced incidents of all the negative socioeconomic indicators and health indicators that you often find in Indigenous communities.”

Although Turin admits it’s still unclear whether this is due to correlation or causation, he said the government — including Prime Minister Trudeau himself — is beginning to speak on this subject and recognize its importance.

“Supporting communities to revitalize their own languages is not just a nice thing to do,” said Turin. “It has massive impact in terms of wider healing, wider reconciliation and a sense of self and rootedness.”

For those unsure about their role in this reconciliatory process, Turin has some advice, especially for non-Indigenous and settler students and faculty.

“I would ask everybody to think critically and carefully about where they are [and] what does it mean to do these land acknowledgements that UBC does,” said Turin.

“As arrivals, we need to take responsibility to educate ourselves, not wait to be educated by our Indigenous hosts … not knowing anything is not a problem, but not being willing to try to understand more is.”