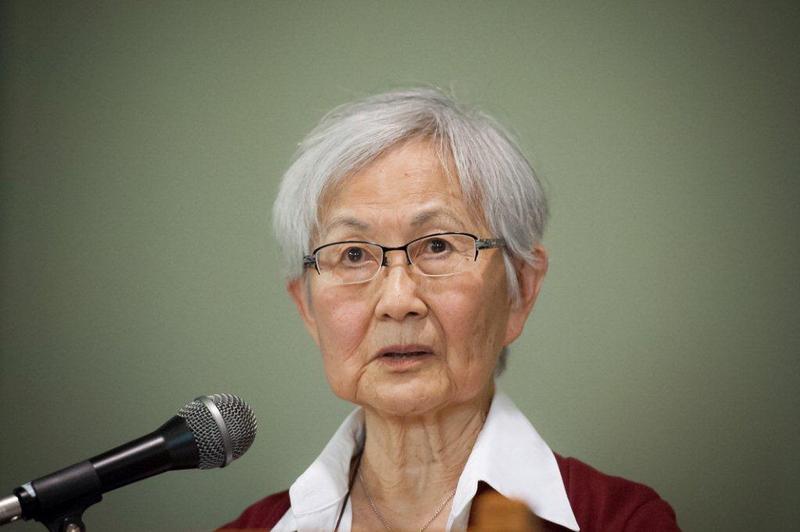 Now 84, Kitagawa has been recently appointed to the Order of B.C. for her activism concerning the internment of Japanese-Canadians. Courtesy UBC

When Mary Kitagawa was seven, she watched an RCMP officer shove her father to his knees in the back of a truck. As she and her sisters cried out, the officer accelerated, causing her father to fall over on his face as the he drove him away from his children and family.

Kitagawa’s father had not committed any crime. His only transgression was being Japanese and raising Canadian children in 1942.

Later Kitagawa and the rest of her family would soon join him. They, along with 22,000 other Japanese-Canadians, were incarcerated by the Government of Canada in the Second World War for no reason but the origin of their ancestors.

Now 84, Kitagawa has been recently appointed to the Order of B.C. for her activism concerning the internment of Japanese-Canadians.

Her public activism began after she discovered that a new building in Vancouver was to be named after Howard Green, a Member of Parliament (MP) from 1935 until 1963, who had played a central role in the Japanese incarceration.

“I will not have the name of this racist on this building,” she recalled thinking.

So she wrote to the government, and after a year of fighting, she finally achieved her aim: Howard Green’s name was removed from the building. In 2007, it was renamed after Douglas Jung, a MP of Chinese and Asian descent who was the first-ever member of a visible minority elected to Parliament.

Kitagawa would later watch the University of Washington award honourary degrees to the Japanese-American students it had expelled during the Second World War on television, which made her realize that UBC probably expelled Japanese-Canadian students. She began a mission to track these students down and to convince UBC to recognize them.

At first, UBC did not support her project. So she brought the story to the press, including The Ubyssey. “I will forever be grateful to the reporters and the editor who wrote many articles in support of my cause,” she said. “The students knew it was wrong before the adults did.”

Eventually, however, the adults came to terms with their actions, and the 76 Japanese-Canadians who were expelled in 1942 were recognized by UBC with honourary degrees. Kitagawa’s husband worked six hours a day for months, making calls and doing research in order to personally track down these students and their descendants.

In the end, around ten students were able to attend a ceremony. Many had been surprised to be contacted by the Kitagawas, not even being aware of what their parents and grandparents had gone through.

Kitagawa is now a seasoned veteran when it comes to speaking out. But she says that even now, the pain is still there.

“We were dehumanized. We were kept in a barn and had to defecate in a trough, the same trough used for animals,” she said. Her mother would take her and her siblings out for walks, trying to keep them outside in the fresh air for as long as possible before they had to re-enter the barn that held urine, feces, and bunk beds for hundreds of Japanese-Canadian prisoners.

After the war, Kitagawa’s family was the only one to return to Salt Spring Island, where she had lived her entire life until the incarceration, and where they faced further challenges. The Canadian government had sold their land, and the new owners refused to return it, or even sell it back. The family was instructed not to return to the Anglican church on the island, a church that Japanese-Canadians had helped build. Even well into the 1980s, she and her siblings faced discrimination, from being called “Japs” by the RCMP to being turned down jobs for which they were over-qualified.

Despite this, Kitagawa says that her parents taught her to forgive.“Bitterness is not a part of my parent’s vocabulary.”

But, forgiving is not forgetting, and Kitagawa’s work is helping to ensure that this dark part of history is never forgotten. To Kitagawa, hearing a survivor’s story has a unique impact, one that cannot be replicated through a textbook or plaque. Although she says that people have started recording survivors’ testimony, the experience of hearing their stories in person has an indelible impact.

Kitagawa brought this tenacity to teach and to heal to UBC, where she co-taught a UBC history course in the Asian Studies Department entitled “Histories and Legacies of Japanese Canadian Internment” last semester. A teacher for most of her life, she called the course “her best teaching experience.”

“Students were very emotional. Some even teared up. The last class was filmed by NHK [a Japanese broadcaster] and thousands of people saw it.”

Although it may seem like long ago that the Canadian government incarcerated its own citizens and stole their property, the pain remains. Kitagawa believes there are lessons to be learned from the past, universal lessons that apply to any place, any time, and any group of people — she described the heartbreak she experienced while hearing about the family separation at the United States border recently, reminded that she was once the child who was torn from her father.

“You must speak out against injustice,” she said simply. “And you cannot speak out just once.”