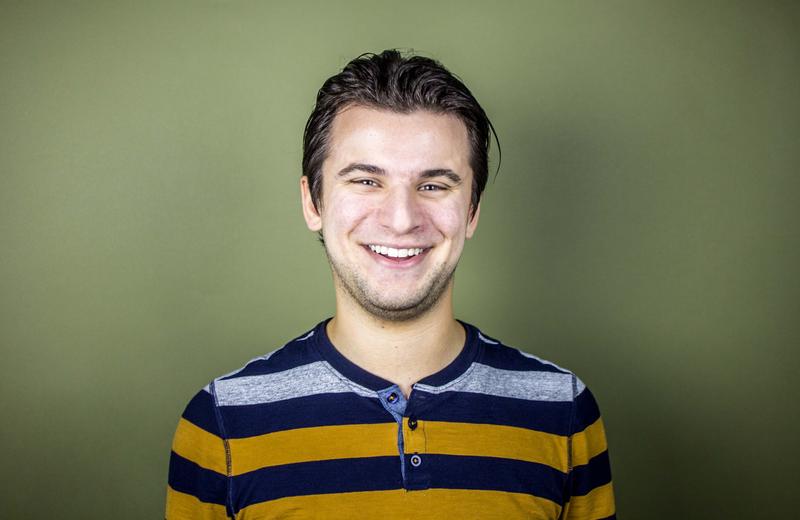 One such AMS body is the Ombuds Office, which according to their website, “helps students and AMS staff by providing conflict resolution services.” The Ombuds Office has only one employee — Matt Perzow, AMS ombudsperson and aspiring psychotherapist.

As an ombudsperson, Perzow is part of the time-honoured tradition of serving the public interest. The role originated in government, where the need for an independent body to provide workers with assistance in resolving issues resulted in the creation of ombudspeople.

“If the ombudsperson didn’t exist, issues wouldn’t be resolved, and that angst would be contained within the person and breed discontent,” said Perzow.

Perzow believes that the ombudsperson can serve as a really crucial role in the AMS and the university. As the only mediator of conflicts between students and student bodies at UBC, this definitely is the case.

He said he views the role as “a release valve, in general, to smooth things over — sometimes to slow things down and sometimes speed things up.” And like all other ombudspeople, Perzow dedicates himself to the impartial process.

“[I need] to find a resolution that is most satisfactory to the parties involved, and after the conflict is resolved, [make sure] that the parties feel okay with the outcome, or at least how the process went along,” he said.

Perzow is the only AMS ombudsperson, servicing the needs of the entire UBC student body — a staggering 61,113 individuals. However, according to Perzow, the number of cases is low enough that just one ombudsperson is enough. Much of the role’s workload derives from how invested the ombudsperson is in “shining a light on different systemic problems.”

“One can float along,” said Perzow. “However, one important component of the AMS ombudsperson, and any ombudsperson, is a look at the systemic issues.”

Perzow also endeavours to balance the needs of students with this responsibility of creating systemic change.

“One side [of the role is to] exist as someone who waves the flag, saying, ‘This is wrong,’ and the opposite side is about mending fences. I see a middle, progressive path which is that one does both of those things.”

There is one exception — AMS election season. Every March, the AMS holds elections for the executive council, and according to Perzow, the “number of [ombuds] cases peak extremely high and that’s hard to handle as one person.”

“I’ve yet to be in those shoes, but I’ve read the transition reports from past years and they consistently say the same thing,” he said.

In his role as ombudsperson, Perzow is training for his professional career. A third-year psychology major, Perzow has discovered a passion for helping others with their issues. As ombudsperson, he currently deals with interpersonal conflicts, but hopes in the near future to help children with their interpsychic conflicts. By volunteering with Writer’s Exchange, Perzow gained experience working with children in a previously unknown capacity.

“I have a niece and two nephews, and have some interaction with them, but I didn’t have real experience with kids until I started there and I love it,” he said. “To help [children] along when they’re struggling would be extremely satisfying to me.”

Perzow also hopes to carve out a niche for himself as a child psychotherapist.

“It’s important to have a specialty these days, especially in psychology, with just the massive amount of people entering into the psychology program. You see that if you are a psychotherapist, everyone tries to specialize in increasing specific things because people can’t find clients.”

The motivation for embarking on this career path is not only the result not of his own experience, but also of Perzow’s parents.

“My mother is a social worker, and my father, who passed away a few years ago, was a psychiatrist and psychotherapist. So they both worked in services for people and that introduced me to the world.”

Even now, Perzow’s education in psychology offers insight into his role as an AMS ombudsperson. By thinking through the psychodynamic model, Perzow achieves a more impartial and objective approach to cases, one which he believes is enhancing his ability to empathize with his clients.

“[It’s] a holistic look at the entire person rather than, in the case of mental illnesses, diagnoses. There’s a whole internal world that people can’t see and is very hard to know. I think one thing that’s important is I try to accept what I’m hearing as a person’s experience, their truth and not translate it into my perception into the world as-is,” he said.

If you have an AMS related conflict, Perzow is here to help. For those interested in applying for the ombudsperson role in the future, the job posting is released on CareersOnline every summer.