Our Campus: Michael Korenberg rolls up his sleeves as chair of the UBC Board of Governors 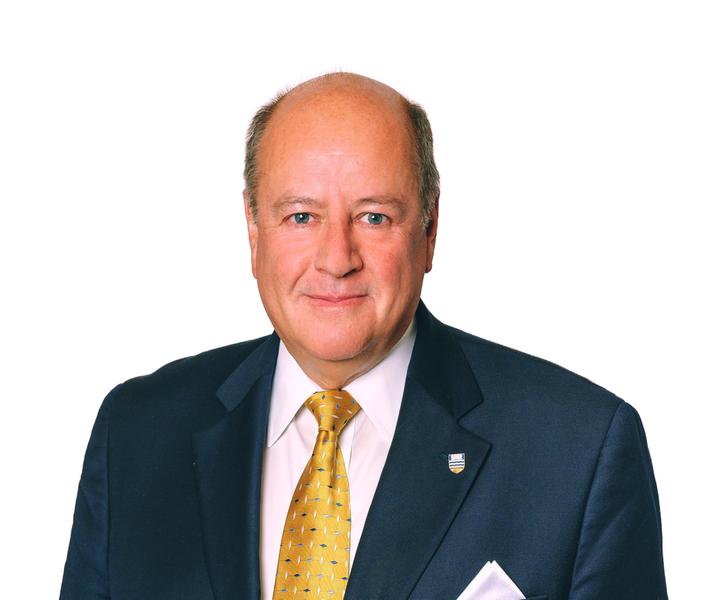 “Are we there yet? No. Am I committed that we’ll continue the evolution? Absolutely.” Courtesy UBC

After his first year on the UBC Board of Governors, Chair Michael Korenberg remembers thinking, “Wow, we really need to do a better job of governing the institution.”

When he was first appointed to the Board in February 2016, the university’s highest governance body was still reeling from the aftermath of former President Arvind Gupta’s resignation and intense criticism about a lack of transparency in its practices. It would soon receive a vote of no-confidence from the Faculty Association.

This tumultuous experience left a mark on Korenberg’s governance philosophy, especially as the Board elected him to be vice-chair that same year and then chair in February 2018.

“Those votes of non-confidence were a challenge that I was determined to take up and ensure that the Board be responsive to the needs of institution,” he said in an October interview.

“I think maybe some of our governance practices had not kept pace with best practices and so we have tried to adopt more openness, more accountability of the Board members, more transparency to the issues that are before us … [and] more access to our materials.”

For instance, Korenberg expects that the terms of reference and meetings minutes of the re-established Housing Action Plan’s (HAP) sub-committee — whose priorities include advancing faculty housing ownership — will be made publicly available. He also calls for the university to lean toward open or hybrid models in its searches for senior executives.

But he acknowledged that more needs to be done to improve transparency.

“Are we there yet? No. Am I committed that we’ll continue the evolution? Absolutely.”

Korenberg is no stranger to the university prior to his Board appointment, despite not being a UBC alum like many other Board members — something that he “regrets.”

Graduating from York University’s Osgoode Hall Law School in 1983, Korenberg practiced tax, securities and corporate-commercial law in Toronto before moving to Vancouver for work. In the ’90s, he was recruited to the company that owns the Vancouver Canucks, then to a long-time stay at Jim Pattison Group until 2015, before moving onto a lengthy list of other management positions and board memberships.

Amidst these career changes, Korenberg committed over 20 years to UBC as an adjunct professor in the Allard School of Law — another experience he credits with informing his current work as Board chair.

“The number of students has gone up over my time and there’s an increasing number of international students in that increased mix,” he said. “So ensuring that they are getting the most out of their education, that they are made to feel part of the community [and that we’re] increasing the number of spaces available to domestic students … are all priorities that I understand from having worked as a faculty member.”

Korenberg also stressed the value of the university academy.

“I think anybody who isn’t an individual faculty can never really appreciate the breadth and strength of UBC … Ultimately, it’s the academy that drives the university and we are blessed with one of the finest in the world,” he said.

More tangibly, he considers capital allocation to support the university’s academic mission as well as student, staff and faculty housing to be fundamental decisions that will determine UBC’s future success.

“I feel comfortable that we understand the student housing need, but the clarity is also needed for the faculty and staff side of the HAP — that the university can and probably will be doing more,” said Korenberg, who is part of the HAP sub-committee.

“Arc of the growth”

Ultimately, Korenberg is excited to be serving at what he calls the “arc of the growth of the university,” where current decisions are expected to result in long-term impacts in future years.

For instance, the Board made a big splash in April when it came out to support expanding rapid transit from Arbutus to UBC — a project that, if approved, would conclude long after Korenberg and the current Board members’ terms are done. That term, it also finalized the creation of the Indigenous Engagement Committee, which now serves to hold UBC accountable on all of its Indigenous initiatives.

“I think the university has to be committed to being somewhat ahead of the time as it relates to this priority,” he said. “It’s an ongoing dialogue … I believe it will make [our] Indigenous engagement better than we would be without the committee.”

More recently, the debate around the ever-contentious topic of tuition increases intensified at Board. At the November meeting, 6 out of 16 members of Finance and Learning & Research committees voted against increases within the two per cent domestic cap — a rare voting record in recent year. Korenberg voted in favour of the proposed increases.

Looking ahead, he anticipates continuing to support UBC’s development as a research university and its implementation of a major system upgrade program.

“I’m very fortunate to be here at the beginning of a strategic plan to see what the implementation objectives are for the initial spending and priority setting under the plan,” he said. UBC’s new strategic plan, “Shaping Our Next Century,” was approved by the Board last spring.

Not surprisingly, all this work requires a huge level of commitment. But while Korenberg considers it a “challenge,” he also appreciates the opportunity to give back to a university “whose principles [he] understood and whose goals [he] supports completely.”

“It is a tremendous ask of any governor to volunteer their time, and not only volunteer the time but really roll up the sleeves and put their their heart and soul into working with the university to move forward,” he said.

“But it’s a privilege. It’s a lot of fun. It’s hard work but it leads to tangible, positive results.”