Our Campus: Dr. Minelle Mahtani uses the power of storytelling to create a sense of place for racialized faculty 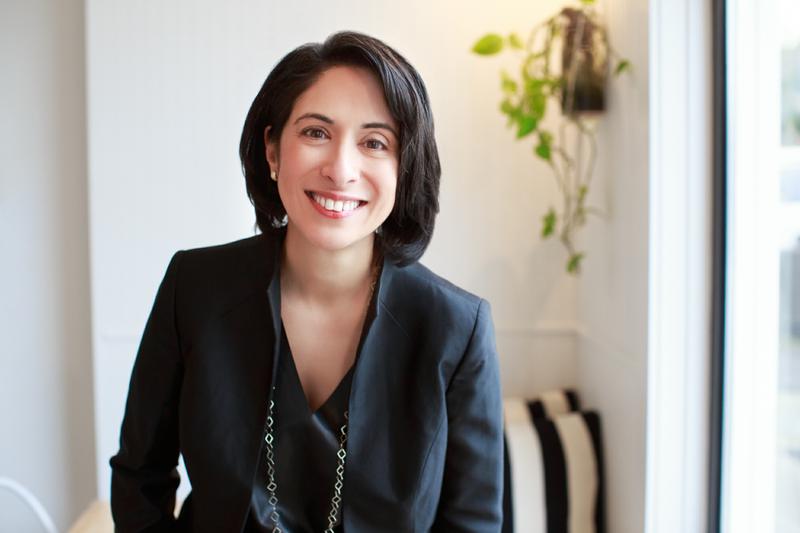 “Storytelling is an antidote to bias.” Courtesy Minelle Mahtani

The fact that Dr. Minelle Mahtani, UBC’s first senior advisor to the provost on racialized faculty, exists at all is a “minor miracle.”

A Muslim woman of Indian descent, Mahtani lives the complexities of multiraciality she studies and teaches. The deep tensions between Muslims and Hindus is mirrored in the relationship between her father, a Hindu from India, and her mother, a Muslim from Iran.

“I’m always amazed my parents met and fell in love and had a family,” she said.

This awe of her parents’ story runs deep in Mahtani’s approach to understanding the challenges racialized faculty members face at universities like UBC.

“When I got the phone call from the provost telling me I got the job, it felt like the culmination of everything I had been working towards for many years,” said Mahtani, who began her roles as senior advisor and as an associate professor in the Social Justice Institute in September.

“It felt like coming home in some way — reconnecting with people and building something at an institution I deeply care about,” she said, noting that she previously studied, worked as an adjunct professor and helped launch the masters of journalism program at UBC.

Despite her familiarity with UBC, the entire point of her new position is to disrupt the easy and pave the way for difficult conversations. In her role advising the provost on matters concerning racialized faculty, Mahtani is charged with a university whose faculty of colour are paid less on average than their white counterparts, underrepresented in leadership and disproportionately in precarious positions to begin with.

But Mahtani doesn’t shy away from the challenge. As she seeks out conversations with racialized faculty across the institution, she is “thinking about the power of storytelling and how it helps people think differently about the world in which we live.”

“Storytelling is an antidote to bias,” said Mahtani, echoing a belief held by Sisonke Msimang, a South-African writer she recently interviewed. “I’m trying to think about how we tell stories about people and how might we tell a different story to get people to approach the world in a more humane way.”

One story Mahtani is anxious to rework is the separation of gender and race in discussions about equity at universities. Since 2016, UBC has had a senior advisor to the provost on women faculty and one on Indigenous issues since 2009. The siloing of these identity-based equity positions, according to Mahtani, can cause “real limitations” to the work that can be done.

These complex intersections are what inspire Mahtani to have the difficult conversations she needs to so that she can figure out where UBC has to go. “That’s the gift of this job … I get to have these conversations with people who are really building something vital at this university.”

Mahtani brings her own gifts to the role, too. As a former journalist and current host of the radio show Sense of Place since 2013, Mahtani has interviewed professors, writers, academics and storytellers about a broad range of topics including race, academia, community and identity. She credits the show for teaching her the importance of listening and listening closely, a skill she sees as imperative to her work at UBC.

“I’ve been very moved by the stories I’ve been privileged to hear from racialized faculty and Indigenous faculty so far,” she said, calling the research and work done before her by the Equity & Inclusion Office and the Vice-President’s Strategic Implementation Committee on Equity and Diversity “extraordinary.”

“It’s oppressive to Indigenous people,” she said, “and we have to be very careful in my portfolio not to ignore the experiences of Indigenous faculty.”

Central to Mahtani’s mission is not just hiring racialized faculty, but empowering them to achieve positions of power at all levels of the university.

“I'm trying to have the conversation with racialized faculty … [to] hopefully allow for a more fulsome, accurate analysis around what it is that we need to do to ensure that UBC becomes a place where we encourage a heightened sense of human flourishing for everyone on this campus.”

This creation of “a sense of place on campus for racialized faculty,” will in turn support racialized students, according to Mahtani, because “when students of colour see that there’s a professor of colour who’s teaching them, they feel more comfortable.”

“It opens up a different line of communication, and for me one of the most gratifying things that I’ve seen here at UBC,” said Mahtani. She calls these moments — “when strangers become friends” — moments of ‘creative serendipity,’ a term used by one of her mentors.

“That’s when incredible teaching moments happen — when you meet somebody and you don’t know what conversation you’re going to have,” she said.