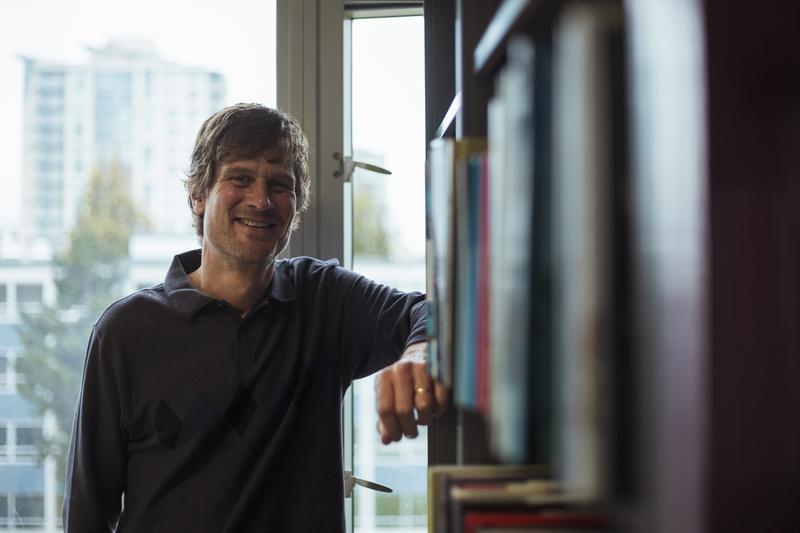 For Dr. Peter Dauvergne, it all began with the collapse of fisheries in Atlantic Canada.

“I grew up in several fishing villages just outside of Halifax, Nova Scotia. Particularly I lived in Hackett’s Cove and Indian Harbour,” he said. “The people were living off the land and were making their livelihoods primarily through fishing so growing up it was quite influential to see the fish stocks slowly disappearing.

“I saw that and saw the power of environmental discourse and also the importance of responding when you start to see signs of a big crisis.”

This formative event eventually led to Dauvergne obtaining a PhD in international relations, with a focus in conservation, from UBC. As a professor of international relations focusing on global environmental politics, he has authored or edited 17 books, supervised many PhD students and received multiple accolades based on scholarship inspired by the plight of his hometowns.

Now, he deals with climate catastrophe both in the lecture hall and on the international stage.

“Biodiversity loss, climate change, overfishing [and] tropical deforestation [are] having huge and unequal consequences for marginalized peoples around the world,” he said.

“And the people with the least power are getting hit with the greatest consequences.”

Dauvergne believes the enormity of the ongoing environmental calamity cannot be understated, though he tries not to let it faze him. To him, the climate crisis’s negative effects on the mental health of activists, scientists, academics and the general population are of vast importance.

“That has been tough, sometimes, in my career to see these environmental problems that I’ve been trying to understand still collapsing like they did in the fishing villages that I came from.”

Increasingly destructive hurricanes, raging wildfires and the sobering fact that Canada is heating up at twice the global rate all contribute to what Dauvergne and others refer to as “eco-anxiety” — a chronic stress about the climate crisis.

“Eco-anxiety is rising, especially among the young,” he said. “But I think it is [also] rising among people who think and care about the world that they live in.”

Combatting eco-anxiety, he believes, is as difficult as it is necessary, lest people find themselves burnt out and unable to continue advocating for environmental justice.

But in the face of such overwhelming odds, where can people draw strength to fight back?

“I’m a diehard optimist. I’m not afraid to admit that I believe optimism is necessary for change. The strategy is when you’re losing hope, well, find examples where things are getting better, [where] things are improving,” he said, citing achievements like the ozone layer healing and the slow-but-steady increase in endangered animal populations like whooping cranes and bald eagles.

Dauvergne also noted that it takes a village to raise a challenge against harmful paradigms. Community-based ecological activism often doubles as a way to empower women and other marginalized groups, as in the case of Wangari Maathai’s Green Belt Movement in Kenya.

“I take a lot of heart in the grassroots and all of the people who care about environmentalism and are willing, in many places, to even put their lives on the line,” he said.

Alongside these more heartwarming examples, Dauvergne also cited anger as a helpful type of emotional fuel. This could be seen in the fortifying fury of climate striker Greta Thunberg and the frustration-backed determination of Indigenous water activist Autumn Peltier and Mari Copeny, also known as “Little Miss Flint” from her advocacy for a safe water supply in Flint, Michigan.

“I think it’s an extraordinary moment. I hope it takes the world forward,” he said. “My suspicion is it’s going to help take the environmental movement forward. It’s going to energize young people on social media and across cultures.

The humanities in the crisis

But Dauvergne grants that jokes — along with music, literature, performance art, ‘soft’ sciences and visual arts — prove crucial to the climate crisis movement for placing focus on expression and critical thinking.

“I see the humanities as central, if not more important, because one of the things that I’ve come to think over time is [that] we do need emotion,” he said. “We do need to accept that we have deep, embedded biases, and the position that we’re sitting in dramatically changes our perspective on global issues. So we need humanities, because ‘being objective’ can only take us so far.”

Dauvergne reinforced this point when discussing the importance of utilizing a range of sentiments to stir people to act.

“Anger has a role, I think, because emotion has a role and we’re going to need emotion to to move the dial,” he said.

His recent foray into the world of artificial intelligence (AI) for his forthcoming book, Genius Squared: Artificial Intelligence and the Future of Sustainability, affirms his assertion that “environmentalism in many ways is a movement of movements” that encompasses many fields.

“The rise of machine learning, and particularly the ability of machines to learn from big data, has the potential to produce great benefits for environmental conservation,” he said.

“Everything from empowering drones to search for and identify poachers, to building listening devices that can sit in the rainforests to listen for and then alert authorities when they hear the sounds of illegal logging.”

Dauvergne is careful to specify that AI isn’t an ecological justice cure-all. In fact, it can cause other problems, such as governments using facial recognition to target climate activists.

Still, he continues to bring a cheerful determination to his work.

“I still feel incredibly optimistic and I think, partly, I have to be,” he said.