Our Campus: Piers Fleming is the AMS's ‘sixth executive’ 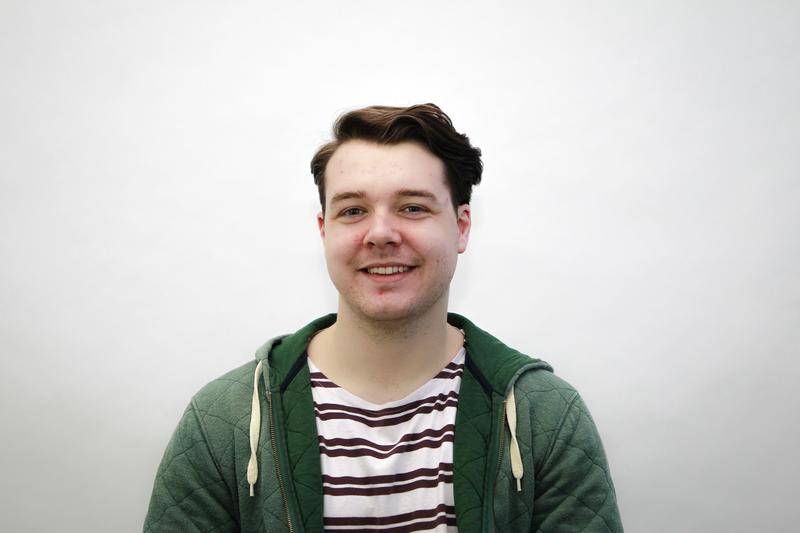 There is no typical day in the life of a Students Services Manager. Elizabeth Wang

One of the AMS's most important employees is someone you’ve probably never heard of.

“The Student Service Manager oversees and is in charge of essentially setting the vision of AMS Services for that year,” he said. “Every year there's new challenges and new topics that come to light.”

While he was born nearby in Burnaby, BC, Fleming spent most of his childhood near Paris, where his father worked for a local company. When he was 11, his family moved to Holland, the home country of his mother.

Fleming believes that adapting to different cultures while growing up influenced his management style.

“It's unavoidable in such a globally connected world that you're always going to be working with different people that have different sort of values and beliefs than you do, but I think that's really good, because you also learn so much from it as well,” he said.

Fleming always wanted to return to Vancouver, so he applied to UBC, where he double-majored in French and Political Science. Fleming graduated shortly after assuming the role of SSM in the spring of 2018.

Before working as the SSM, Fleming admits he didn’t have much AMS experience.

“I had a little gig with the Student Legal Fund in my last year,” said Fleming, “but this was really my first big introduction to the AMS.”

Fleming found the job so inspiring that he wants to pursue a master’s of management degree and continue in the field.

“I don't think that there's many opportunities that you can have this much responsibility and [be] accountable to all these different bodies, and [manage] a hundred or so volunteers and students at such a young age,” said Fleming. “It's really solidified my passion for management.”

Not your average bureaucrat

There is no typical day in the life of a Students Services Manager.

“My favourite part of the position is that the schedule is always different,” said Fleming, “Even in one day, you can go from implementing a new change into one of the services to using the Safewalk Card to go pick up groceries at Save-On [for the Food Bank] to going to a lunch to talk about how to improve the sustainability of the services.”

Fleming is particularly proud of the work he’s done to make Speakeasy more accessible for students by improving outreach and moving its office to a more welcoming location on the third floor of the Nest.

“We really tried to — in moving into that room — create a friendly environment that was very accepting of everybody, and basically made students feel a lot more comfortable in wanting to use the service,” said Fleming.

One of the biggest challenges for the SSM portfolio over the past few years has been the rise of food insecurity on campus. In response, Fleming has worked with various groups to secure more funding for AMS Food Bank.

At the AMS’s last Annual General Meeting, Fleming announced Santa Ono’s office would donate $10,000 to Food Bank annually for the next five years, which Fleming called a “success” that “raised a lot of awareness.”

Ultimately, Fleming says his role is to “push values” that students want from their government, and Food Bank was a major part of that.

“A value that we really pushed this year was compassion,” said Fleming, worked with residences and Greek life to raise funds and donations for the Food Bank. “Making students feel that by helping the Food Bank, either by purchasing food at the outlets or giving $1 on your bill to the Food Bank, it makes us a much more tight-knit group, which is hard to do when there's 50,000 students.”

His position is unique because unlike other executive roles, it is not elected.

“It's hired because it is very sort of administrative and organizational in its nature,” said Fleming. “You're just making sure that the services are running smoothly and that you're taking recommendations from Council and the executive team and implementing them.

AMS President Marium Hamid who held Fleming's job last year, explained that the position is hired because the SSM cannot afford to be disrupted by election cycles or political leanings. It was formerly part of the VP Academic and University Affairs office, until the society started introducing more services, requiring a separate position.

“[The SSM] running without any interruption is to the best interest of the society and to the students as a whole,” said Hamid. “They have always remained separate from us [the executives] for that reason.”

Hiring also ensures that the job goes to the most capable candidate.