Our Campus: Rob Ragotte is going to Oxford 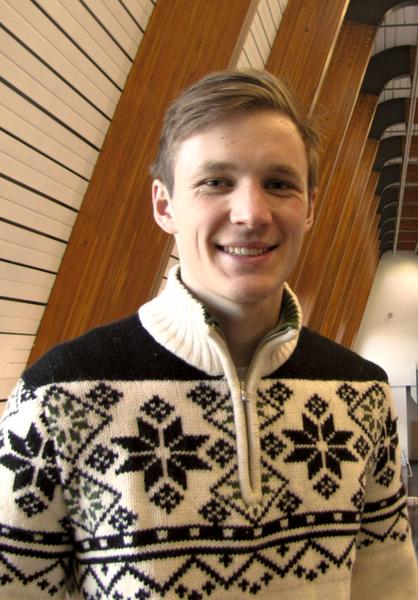 Ragotte was the recipient of the prestigious Rhodes scholarship.

Robert Ragotte is one of the smartest people coming out of UBC.

As the 2016 Rhodes Scholarship recipient of Canada, Ragotte will be heading to Oxford University at the end of September to embark on a four-year PhD program in Infection, Immunology and Translational Medicine — a course he had designed for himself.

A native of Brampton, Ontario, Ragotte completed a BSc (Hons) in microbiology and immunology, competed in and coached the former varsity Nordic ski team, and works in research at the BC Children’s Hospital.

“My supervisor from where I worked at BC Children's Hospital was a Rhodes scholar from Australia and he really encouraged me to apply,” said Ragotte. “He was a huge resource in learning the process and elements of the application. He introduced me to that whole thing.”

The Rhodes Scholarship was named for Cecil John Rhodes, a British mining magnate and South African politician who created an international award for non-British students to study at the University of Oxford. There have been 7,688 scholars since the program’s inception in 1902 and more than 3,900 are still living. Several heads of states around the world have been recipients of the award and just two scholars have served prison sentences.

The process of becoming a Rhodes Scholar begins with an invitation to an information session at UBC. At the session, interested applicants are invited to submit their first application to the campus-wide round, where just five people are interviewed. Ragotte was, from this, nominated to represent UBC at the BC round. This interview consisted of a dinner with the interview panelists — a “sort of casual but nerve-wracking” experience — with ten panelists and just six applicants, where the aim is to stand out the most (without seeming too cocky.)

“I honestly found the interview process to be enjoyable because it felt really low-pressure,” said Ragotte. “I assumed I wouldn’t get the award so every step of the process was awesome.”

A huge element of the interviews for the Rhodes scholarship, according to Ragotte, is on global awareness.

“For my interview there were a couple of science related questions, but I also got questions about Canadian identity, climate change and ISIS – a lot of policy questions,” he said. “I was always just happy to make it to the next step, I was really relaxed.

“A lot of people don’t necessarily have grad school in their plans,” he continued. “But for me, my plan was to finish my undergrad and do an MDPhD program.”

This is a combined program lasting seven to eight years, leading into a career in clinical science. Today, Ragotte still intends to achieve both and will be attending the University of Toronto’s medicine program upon finishing his PhD.

“Really, that’s still my plan,” said Ragotte. “I’ve deferred for four years from Toronto medicine. Eight years in one place is daunting, so breaking it up was very appealing to me.”

Ragotte flies out to the UK at the end of the month and begins his program almost immediately. While many Rhodes scholars choose to follow a set program, Ragotte’s research means he won’t get traditional breaks from university life.

“Doing a PhD was totally on my radar, but I wasn’t thinking of going to Oxford necessarily until I started looking more into the program,” he said. “Then the question became, if I didn’t get Rhodes, would I still apply to the PhD program independently?”

The answer would have been, according to Ragotte, a definite yes.

Being a Rhodes scholar is, however, not only about academic excellence. While the initial aim of the award was to encourage talented individuals to pursue a full-time career in government, many applicants go into business, research and academia as well. Ragotte is hoping to continue his research, for which he found his passion at the BC Children’s Hospital, working in a rare disease project.

When in the UK, Ragotte will be a member of one of Oxford’s many colleges and will also have access to the Rhodes House — a mansion in the city with gardens, a library and study areas. He plans to explore the Oxford area by cycling and running. Exceptionally humble, Ragotte has never visited Oxford, but is excited for his upcoming prospects.