Our Campus: Roland Burton has been the Varsity Outdoor Club’s resident trailblazer since 1960 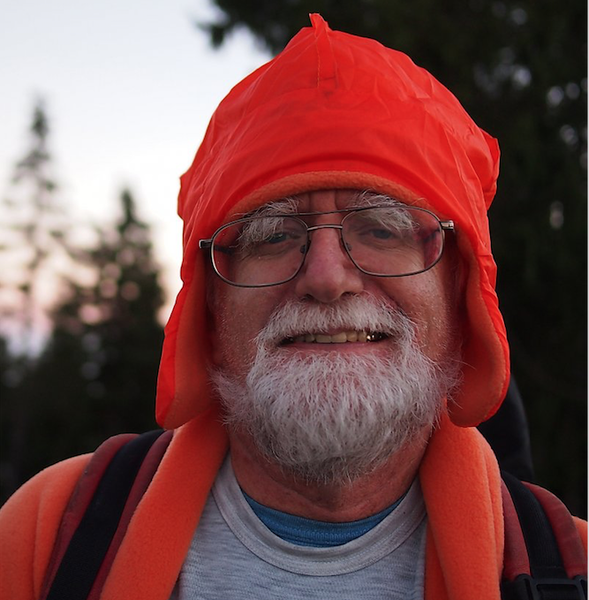 “If we want to respect the outdoors, we have to know a little bit about it.” Roland Burton

The Varsity Outdoor Club (VOC) has endured many changes over its 100 years, but since 1960 it has had at least one constant — Roland Burton, the oldest active member of the club and holder of the “useful person” executive position. Founded in 1917, the VOC celebrated its centennial just two years after UBC’s own.

Burton joined the VOC 57 years ago in the second year of his engineering program at UBC, but he had been involved in outdoor exploration long before he became a member. He grew up in a northern mining community — “to the extent that I grew up at all,” he said.

“I spent a lot of time wandering around in the woods … because that’s all you really had in the way of entertainment.”

The VOC has a long and complex history, with major events — such as the division of the VOC and the Ski and Board club in 1974 — fundamentally changing its structure along the way. In addition to organizing trips, the VOC also built, owns and maintains many backcountry huts and cabins, many of which Burton was involved in organizing. The oldest standing hut, built in 1969, is called the Burton Hut after his contributions towards its planning and building. In 1970 he received one of six gold pin awards in club history for his work on the structure.

Though there have been countless trips to the wilderness throughout Burton’s life and his time with the club, his most memorable trips have been the longer ones, which often took him around the world. In 1991, the VOC organized a trip to Earth’s highest summit — Mount Everest.

“We weren’t actually trying to climb the main peak of Everest, because it’s quite expensive,” said Burton. “[The VOC] are trying to emphasize that we’re cheap!”

The 13 members of the Everest group hiked to the North Peak of the mountain on a trip that took about 6 weeks. Another longer expedition was a six-month backpacking and hitchhiking trip through Peru.

To Burton, these extended trips are at the heart of mountaineering. While day hikes and overnight trips are fun, easy and accessible, they don’t fall into Burton’s idea of adventure.

“For me … mountaineering meant that you probably had to do some pretty serious thought about [carrying] enough food in … and it might take a while,” he said. “But now [it] has more or less come to mean that there’s no trail.”

Burton has seen other changes in the VOC throughout his time with the club, particularly regarding the reasons people join. He outlined three basic “models” for outdoor activity: the “sports model,” he said, “is to prove that you’re better than everyone else.” The “scenery and solitude model” is for those who want to enjoy the beauty of the outdoors in relative isolation. And the “social model” is joining the club for the friendships and group dynamics.

Everyone who is interested in the outdoors enjoys some combination of these models, according to Burton, but he’s noticed a definite shift towards the “sports model” in the more recent years in the VOC. This may be a natural change in the club, but as to his personal preference he said, “That ain’t me!” While seeing who can hike the Grouse Grind the fastest is very satisfying for some people, Burton doesn’t consider this as closely connected to the spirit of the outdoors as a more contemplative approach.

Burton also noted that because there is such a quick turnover rate of students in the VOC, the club can be quite unstable, as people’s interests and skills change with new trends. Something like teleskiing might be very popular for a few years, but if there are a few winters without enough snow, that skill might be lost as older members graduate and new students join.

It’s very important to Burton for there to be enthusiastic people in the club because of how quickly that energy can spread.

“One person who’s particularly keen on something … can make a hell of a big difference,” he said.

About five years ago, one such member organized a group of VOCers to carry 1,000 pounds of firewood five kilometres up to a hut, instead of the more expensive option of flying it in with a helicopter. When it comes to group efforts like this, “people are happy to get involved in something which seems to make a slight difference,” said Burton.

He helped out in this effort himself by teaching other club members how to use a chainsaw to cut firewood, and he noted that passing on his skills is one of his key responsibilities as the VOC’s resident useful person. He believes that learning about the outdoors is a very important aspect of the club, and he is happy to pass on his knowledge.

“I will probably continue to do outdoorsy stuff, because that’s what I know,” Burton said.

“If we want to respect the outdoors, we have to know a little bit about it.”