Our Campus: Canine-lover and advocate for the left-handed Dr. Stanley Coren is breaking ground and petting dogs 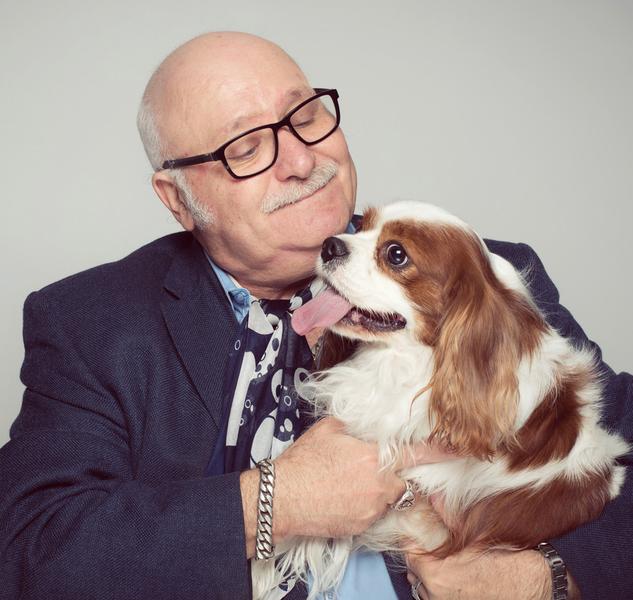 Coren and one of his dogs, Ripley. Courtesy Stanley Coren/UBC

Dr. Stanley Coren is unlike typical psychologists. Instead of studying people, he studies dogs and the bond they share with humans.

Coren, a professor emeritus in the psychology department at UBC, has won numerous awards for his work, had his own television show called Good Dog!, written books that have topped the bestsellers lists and currently writes the blog “Canine Corner” for Psychology Today.

But when he first started, people were not supportive of his desire to study the human-canine bond.

“We’re talking about [the] 1960s. At that time if you would have said, ‘Hey wait a minute, I want to study the human-animal bond,’ they would have looked at you as though you’d just come off of a flying saucer with a beanie [and] a propeller on the top,” said Coren. “There was no way I was getting any funding for that sort of thing.”

Because of this, Coren had to make a name for himself in another field. “I went into my second love, which, in fact was a love,” he said. “You can have many loves in life.”

This love was human sensory processes and neuropsychology. He studied “handedness” and discovered that people who are left-handed are five-times more likely to die in accidents than people who are right-handed.

“A lot of it has to do with the way in which our world is set up, the way machinery is set up,” he explained. “Because of our research, ergonomists and human engineers have started to design equipment which is safe for both left and right-handers, so my hope is ten, fifteen years from now if someone re-runs our studies, they’ll find that many fewer left-handers are dying, which means that we would have done our work.”

In the 1990s, Coren published a book detailing his findings about left-handers. “It made every bestseller list from here to alpha centauri,” he said. “Of course, the publisher immediately wanted to know, ‘What are you going to do next?’ So I mentioned to them that I had spent several years collecting data on the relative intelligence of dogs of different breeds.”

After much convincing, Coren was finally able to work on the subject that had interested him thirty years prior.

“That’s an awful lot of cognition!”

This discovery changed the landscape of psychology. Studying dog intelligence and the human canine bond became more acceptable, and Coren’s next book, The Intelligence of Dogs, still remains the top bestselling non-fiction book about dogs with the exception of the standard breed guide.

Even so, Coren says that it was still difficult to run studies with dogs because of concerns from animal welfare groups.

“Things got better when people began to recognize that this research was producing useful and interesting material, and none of it involves harming dogs … You teach a little beagle how to pick out which one of three items is different. He gets a cookie for it and he’s a very happy camper.”

Coren also learned to avoid this obstacle with a little bit of innovation. He conducted a study that found that dogs hate to be hugged by analyzing photos on Flickr and Google. In most of the pictures, although humans were happy and smiling, the dogs were showing known signs of negative emotion, such as air licking, slicking back their ears and rolling back their eyes.

In another study, Coren used data from Sweden’s national health system to show that people who have a dog are more apt to live longer and less likely to have a heart attack.

Despite these clever ways to avoid lab studies, they are sometimes necessary. Coren recently helped with a study coordinated by UBC Psychology Assistant Professor Dr. Frances Chen that had 250 students come visit therapy dogs in the Nest during exam time.

“We found that not only did you get a reduction in stress levels in the students immediately [after seeing the dogs] but it lasted for ten hours,” said Coren. “That really means that if you fiddle around with a dog for 20 minutes in the morning and you take that exam in the afternoon, you’re in better shape!”

Because of the groundbreaking nature of his work, Coren has received a lot of attention from the media since his research on handedness.

“It was all craziness,” Coren admitted. “I was on Oprah and Larry King and Good Morning America and Canada AM. If it was a talk show, they dragged me on.”

Now retired, Coren still comes in to UBC to help with studies and to pass on his knowledge to future generations. When not working, he trains his two dogs, Ripley and Ranger, in obedience competitions.

“You have to learn who you’re talking to and you have to keep your scientific integrity at the same time.”