Our Campus: Tamar Simon on performance, practice and people 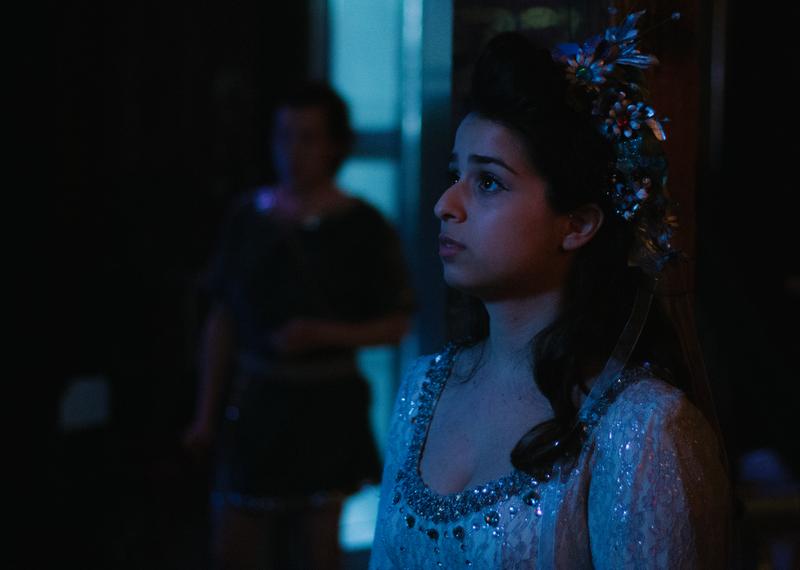 Simon ready to perform "the most challenging music." Sam Barringer / The Ubyssey

Tamar Simon is a fairy queen. That’s not because she stands 3 ft tall – she doesn't – but because of her royal stage presence and transcendent voice.

Simon, who is in the first year of her Master of Music degree in Opera Performance, has been chosen to perform the role of Titania in the upcoming UBC Opera production of Britten’s A Midsummer Night’s Dream.

Opera is an art form which challenges performers in various ways. Simon views it as a two-pronged challenge of simultaneously acting and singing. And in A Midsummer Night’s Dream, she has met her match on both fronts.

"This music is difficult. This is the most challenging music I’ve ever performed in my life," she said.

The level of difficulty stems from the dissonance inherent in the music score: "You can’t hear your pitches, there are strong dissonances and you don’t get a lot."

The role of fairy queen adds to the musical challenge. "For the faeries, there are lighter voices and lighter orchestration," she said. "[The audience] might hear absolutely nothing."

Furthermore, as a main character Simon is tasked with the most challenging of the songs in the opera. "I sing a really challenging aria in the first act, because it sits in an area of the female voice called the pisago, which is the break between their middle voice and their head voice."

The formula to success as a musician for Simon has been practice.

"Your pitch memory has to be there, have studied the score so much that you know what note you’re singing without hearing it."

Slowly but surely, she is mastering the score.

"The interest in always wanting to be a better performer is what drives me. You can never have a show and do everything perfectly. I like to challenge myself to see what I can bring to the stage to make this performance better than my last," she said.

As a stage performer, Simon believes the most important skill is synchronization with the role.

"Not being in character is what I’d consider a mistake," she added. "Thinking too much about the music – just anything that doesn’t have to do with what I’m doing right there is a mistake to me, [because] I didn’t give and learn as much as I could have."

Thus, Simon is studying the character Titania, or as she puts it, 'finding the Titania in Tamar.' "I try to think, 'what about this character scenario can I relate to?' Even though it might be completely different, I can find something in my mind that relates." For example, when Titania fights with Oberon, the fairy king and her husband, in the first scene, and Simon references the fights she’s experienced to evoke an emotional performance.

For Simon, the difficult part in characterizing Titania was the fairy queen’s nastiness. As she got to know the character, Simon began to realize that Titania’s nastiness was more complex than it once seemed. And in this realization, Simon found the common denominator between herself and the role.

"[Titania] is a feisty and strong character, she really is," said Simon. "I can be that way as well – not nasty, but a strong-willed person that tries to get what she wants even though she doesn’t really get what she wants."

There is one aspect of her role that Simon cannot get accustomed to. As with the libretto, Titania falls in love with Bottom after he has been transformed into a donkey. "The donkey part is a challenge. I can’t find anything in my life that falling in love with a donkey can relate to."

But while her personal flame burns brightly as ever, Simon is worried about the future of opera in general.

"It’s scary for us when we realize that all of our audience is older, because they won't be around for our full careers. It is really important that we change that."

Despite its challenges, Simon truly enjoys opera performance, and has no qualms about continuing down her chosen path.