Our Campus: UBC chaplains 'shine a light' on the role of spirituality in student life 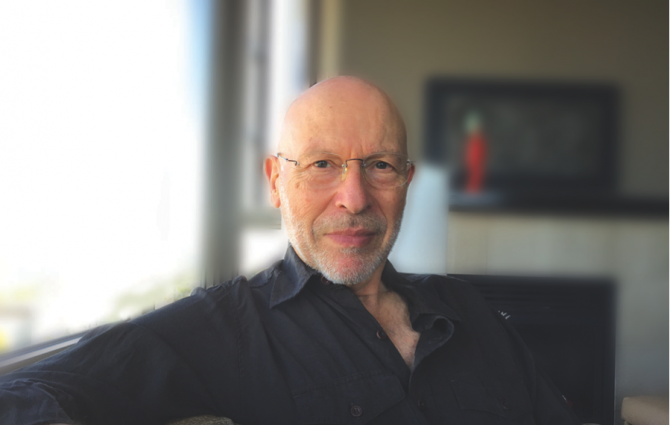 Sirotnik has been a serious practitioner of Zen Buddhism for more than 20 years. Gareth Sirotnik

Seeing Rabbi Philip Bregman of Hillel House, Pastor Craig O’Brien and UBC’s Zen Buddhist Chaplain Gareth Sirotnik together isn’t the start of a terrible joke. In fact, the three work together often to make religion and spirituality accessible to students at UBC as members of the University Multifaith Chaplains Association (UMCA).

With representatives from more than a dozen faith groups, including Christian denominations, Judaism, Islam and Zen Buddhism, each running their own campus communities and events, the UMCA as a whole works to make itself helpful to students, particularly international students who might not have many connections in a new city.

“For a young person to all of a sudden find themselves thousands of miles away … can be exciting, but it can also be scary,” said Bregman, the executive director at Hillel. “We’re here to help in terms of that landing.”

He noted that for many students with a religious background, knowing that there is a community they identify with on campus can be very helpful.

“You can literally see them take a sigh of relief.”

Besides being available to all students for counselling and faith-related guidance, the UCMA participates in and organizes other events on campus as well. The association sponsors the AMS Food Bank, and each group in the association organizes their own events as well, such as bi-weekly Zen Buddhist meditation or Hillel’s Wednesday $6 lunches.

“It’s a university-wide call every year to do things that increase your capacity for relationships,” said O’Brien, the coordinator of the Chaplains Association and one of three Baptist chaplains on campus. Kindness Week hopes to promote empathy, dignity and connection, as well as taking time out of people’s busy lives to foster these values.

The chaplains on campus each have their own histories within their faiths and with UBC, but what they have in common is their long history of involvement in their faith communities. O’Brien moved to Vancouver almost 24 years ago in order to pastor a church on Main Street. Bregman was ordained in 1975 and was the senior Rabbi at Temple Shalom for 33 years before coming to his position at Hillel. Sirotnik has been a serious practitioner of Zen Buddhism for more than 20 years and was an ordained monk at the Zen Centre in Vancouver a decade ago. The Chaplains’ varied backgrounds inform the knowledge and skills each of them bring to the UCMA.

Though of course each faith has important differences, the Chaplaincy works to promote religious dialogue, discussion and acceptance on campus. Approaching conflict neutrally and effectively “doesn’t require me to agree with you in order for us to work together … or to work for the common good,” said O’Brien.

He noted that the association’s commitment to recognizing and accepting differences, and promoting cooperation in spite of and because of these differences, is part of what distinguishes the UBC Chaplaincy from other types of chaplaincies. Bregman and Sirotnik echoed the importance of dialogue as well.

“Listening is an art,” said Bregman. “You’ve got to have a spectrum of ideas.”

While the Chaplaincy is very active on campus and already provides many services to students, the chaplains agree that more could be offered from the university’s side. Sirotnik noted UBC’s lack of an open, multifaith space that could be used for meditation or prayers.

“Stress and anxiety is such a big issue on this campus … and there’s no quiet space where people can go that’s really designated for that,” he said, adding that many people of all faiths or no faith have interest in meditation.

Bregman also commented on meditation as a proven way to deal with stress, but he “[doesn’t] think the university deals enough with the issue of stress.”

This is another barrier that the chaplains see to religious understanding on campus — the lifestyle of business, productivity and competitiveness that is often present in a university setting. Bregman noted the secularization of campus attitudes over time, but believes that there’s no need to make a choice between secularism and spirituality.

“I don’t think it’s an either-or. I think that we need to be living in a number of different realms and worlds all of the same time,” he said.

The Chaplaincy hopes to advocate kindness as a touchstone of everyone’s life amid personal and academic stressors alike. “It’s not as if we’re saying, you know, in order to be kind, you have to be religious. Absolutely not,” said Bregman. “But I don’t think you can be religious without being kind.”

Ultimately, the Chaplaincy sees spirituality as another component of a full life, one which can provide support and relief from the stress of busy modern living.

“[This is] the spirituality component of ‘what does it mean to really be a human,’” added O’Brien. “We’re not trying to push people into that, but we are trying to shine a light.”

“We represent possibility. Of what we can become,” said Bregman. “Beyond the book and the mark and the assignment.”