Our Campus: YNOTFORTOTS serves the “smallest voices with the biggest needs” 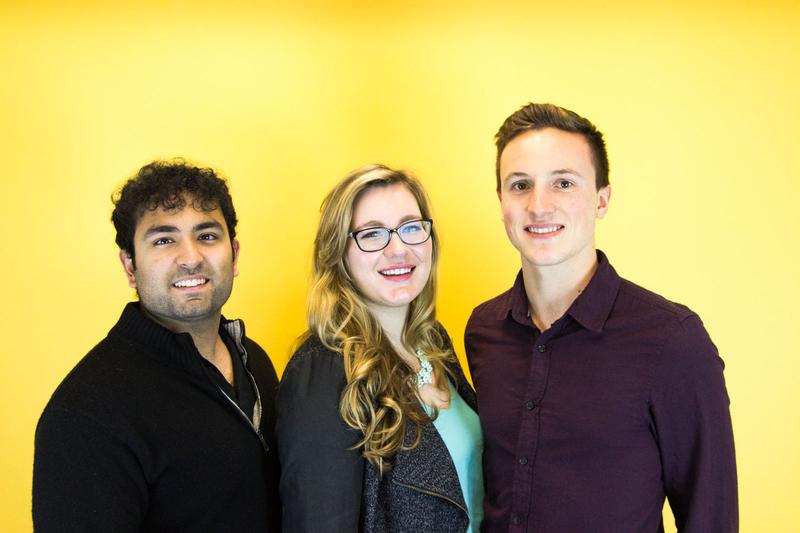 Children in BC are battling poverty in the aftermath of government expenditure cuts and generational poverty, and the YNOTFORTOTS's mission is to alleviate their socioeconomic condition.

Mohit Sodhi and Lindsay Richter, the co-founders of the society, are master’s degree students at UBC, studying experimental medicine and neonatal-perinatal medicine respectively. The society founded an AMS club at UBC this year and Conrad Bayley, a third-year integrated sciences major, is the club’s president.

Sodhi and Richter were always interested in healthcare and its determinants, especially in relation to children, but it was during a course they took last fall that an idea began to take shape. Together, they decided to turn this idea into a society.

“We were in Social Determinants of Health, an elective class that we took, and we found out that one in five children in BC were in poverty. We learned so much about how vulnerability at such a young age can later impact later health outcomes and obviously their educational outcomes as well, so we couldn’t sit still. Especially amongst the budget cuts towards public school systems, there are a lot of kids and families suffering here in the lower mainland,” said Sodhi.

Getting the society up and running turned out to be a challenge. Many charities were already at work battling issues such as poverty and homelessness, and there wasn’t much room to grow as a charitable organization. However, in childhood health and education, Sodhi and Richter recognized a niche with real problems that needed solutions, and in November 2015, they founded the YNOTFORTOTS society.

“There’s lots of charities out there, especially focusing on the downtown eastside and things like that, but we wanted to focus on what we’re passionate about. East Hastings is a high-profile area that lots of people are aware of and they can help the homeless people there … [but] this is low-profile. Not many people are aware of these extreme budget cuts and how they’re affecting the immediate next generation where we live,” said Bayley.

Their main initiative is an innovative one which originated from the idea of wedding registries. According to Richter, they modelled a “gift registry” of sorts so that schools and parents can directly request items they need from ynotfortots.com. The requests are posted on the site and are open for anyone to fulfill.

The duo also has two other projects on the go — the Students Helping Students initiative and the Special Projects initiative. The former encourages students at all levels of their education to help their poverty-stricken peers who do not have, what Conrad calls, “things we normally take for granted.”

“We want to show them the value of giving and they get to see that first-hand — the effect that their altruistic activities have on kids in these communities and cities, because they see exactly where this money is going.”

For example, Lord Strathcona Elementary school, which the YNOTFORTOTS society has helped through their item registry, recently suffered a lice outbreak that they did not have the resources to deal with. On November 16, they held a special fundraiser for this school, and were able to provide relief.

“They’re shifting away from the academic and athletic supplies, and they’re just asking for necessity supplies. So our fundraiser [was] specifically for Lord Strathcona because this is a need basis and not a want basis. They’re requesting things like comforters, pillow cases and pillows and bedsheets because of the bed bugs, and they’re asking for lice kits. And it means so much to them,” said Conrad.

To date, they have facilitated the giving of over $5,000 in goods to schools and daycares in poverty-stricken communities, and hope to grow this total significantly in the coming months. While this figure doesn’t look like a large sum when compared to the scale of childhood poverty in BC, Conrad believes the society is making its impact felt.

“To someone that said that this is just a band-aid program, I would say there are people that are better suited to fixing these problems on a government level. We’re science students, and we’re doing what we believe is the most direct and most effective way to help,” he said.

In the future, YNOTFORTOTS hopes to continue its growth by opening local branches across BC and Canada. For now, they are focusing on expansion in greater Vancouver, finding new partnerships with schools and opening club branches at schools such as UBC and SFU.

For UBC students, this means an opportunity to get involved with the AMS club and with the society directly. According to Richter, “you get out of it what you put into it,” but with the society’s explosive rate of growth, she promises that there will be many leadership opportunities for motivated and responsible students.

A previous version of this article stated that Sodhi is studying behavioural neuroscience. The Ubyssey regrets this mistake, which has been corrected.