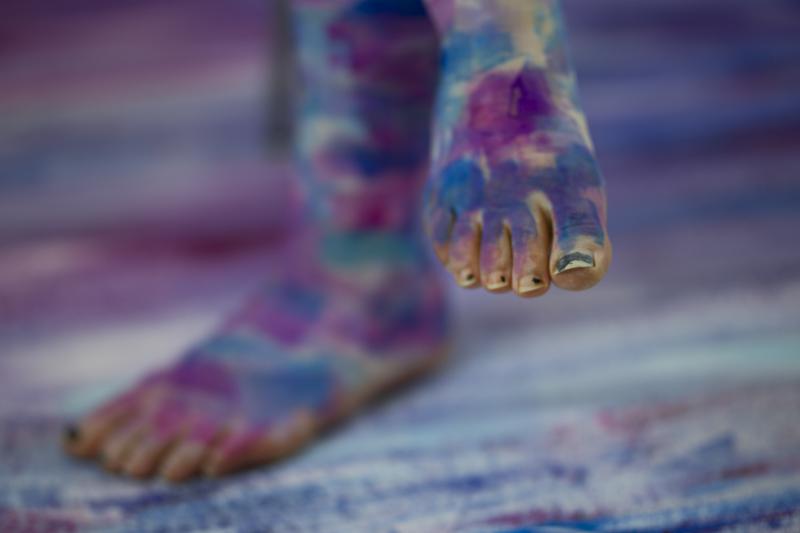 The first time we got dinner, we joked about who the waiter would put the bill in front of. We had just been talking about binaries in Queer relationships, the ways we subvert them and the times they take us by surprise. I told her about my time using Tinder in high school, about how I’d always pay without being asked and how the girls would always expect it.

The waiter placed the bill in front of her. I snatched it away before she could get her money out.

We complement each other well. She doesn’t believe that opposites attract, but smiled when I disagreed with her. Both of us live without and between gender, weaving our identities like tangled embroidery thread in a colourful drawer.

She’s playful with her presentation, shifting around yet staying the same. Her clothing, body language and attitude feel fluid — she can switch performances within seconds. Sometimes I feel more reserved, stepping carefully around femininity in all the ways it’s been prescribed to me before.

My entire childhood was spent surrounded by femininity — all-girls’ schools, camps and clubs. Despite trying my hardest, I couldn’t help but feel like life was trying to teach me a lesson in a language I didn’t understand. I lived in a state of awareness, conscious of my difference but never understanding why it existed.

It started off seriously, but both of us know I can’t help but make a joke. I had a late night at work and opened the door to the smell of tofu frying. She kissed me on the cheek and I tossed my jacket on the counter. I teased her for the domesticity of it all as we ate.

“Call me heteronormative,” she said, eyes crinkling as she smiled, “but I like cooking for you. Maybe I’ll start to pack you lunch.”

“Are you going to put it in a brown paper bag, too? Make me a peanut butter sandwich with the crusts cut off? Leave a note inside with a little heart?”

She rolled her eyes and walked over to me, sat on my lap and pulled me closer by the collar of my dress shirt.

“You want that 1950s love, huh?” she whispered in my ear, her voice dripping in sarcasm.

“As long as you call me ‘Daddy,’” I replied, both of us laughing as I pushed her off my lap.

For two Queer people, it feels strange how often we think in binaries — top and bottom, masculine and feminine. We dance around the topics, a careful mix of jokes, flirts and honest conversations. We live in a dynamic state of performance and presentation.

She understands me in a way that feels like jumping into a swimming pool in the middle of July.

It came up again later that night as we lay tangled up on her couch.

The thought spiraled into a story, held together by our little quips to each other. The characters were laid out — she would be my loving wife and I would be her ungrateful husband. I would get home from work and complain about the food she made me. She would try to kiss me and I would tell her I’d rather be watching the game.

When we’d eventually have sex, I would jackhammer in missionary and last no longer than 60 seconds. I would pretend not to know what a clit is. I would flop on top of her after, instantly asleep.

I couldn’t help but smile, blushing under her gaze, silently revelling in the comfort between us.

I’ve always thought about gender performance during sex. When I was younger, I closed myself off to anything too intimate — terrified that my partner would see me as feminine, convinced that I owed the world androgyny in exchange for being taken seriously. In my eyes, submission was an admission of wanting something which, in the past, isolated me so deeply from myself.

I’m not sure why it feels different with her — why she makes me crave the parts of myself I’ve never gotten to know. Maybe it’s because I know how I see her and how she sees me and we can be whoever we want with each other, without changing that.

So we make homes out of dorm rooms and characters in plays we direct.