A brief history of my masculinity 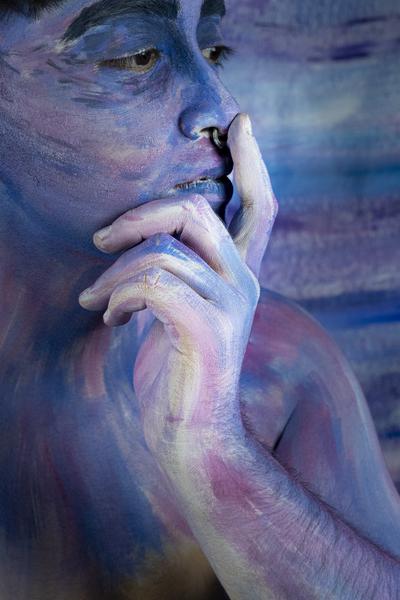 Before I go to school, I check myself out in the mirror one last time. I’m Pawan. I’ve got my wireframe glasses, shaggy hair, relentless acne and one of the three hoodies I wouldn’t be caught dead without. It helps me feel a bit less self-conscious about my weight and putting the hood up makes me feel like the guy from those Assassin’s Creed posters I see in EB Games. I leave the house convinced I should go for a run during recess and learn Italian.

I’m washing my hands in the school bathroom and, looking up, I see Harry Potter staring back at me. Well, if he was chubbier, wore an Aéropostale hoodie and was brown. Also if Hermione never Alohomora’ed his glasses.

“Tonight,” I said to myself. “I’ll tell mum I wasn’t hungry during lunch. Maybe that’ll help things.” I ignore my stomach as it grumbles its discontent with my choice. With Pawan’s choice.

New province, new school, new friends. This is all well and good but I’m still frustratingly the same. I’m still Pawan. My family is back at home, wondering how things are going on my end and working through their own tough spot. “I gotta do something to help out,” I said to myself. “Oh! If I restrict my own demand, their supply of money goes up, just like economics said!”

Skipping meals sucks, but right now is the time to tighten the belt.

Stress does a lot to you. I’ve lost some weight which is cool, but I’ve also lost a lot of hair. Turns out that almond oil doesn’t stand much of a chance against that whole ‘DNA’ thing.

“Whatever, at least I’m pretty slim now! Plus you can’t even really see the bald spot, right?” The wind outside gusts and my combover whimpers. “Well, you’ve always been something of a hat guy anyway, right Pawan?”

I’m writing a piece about stuff I never thought I’d talk about, wondering what all those other Pawans would have to say about it and about me. I’ve always been Pawan, I’m pretty sure. Pawan is a man and has always been so. Younger versions of me might disagree, but they grew up taking in a steady diet of shredded Bollywood stars and were friends with kids who’d take his glasses and run, knowing he couldn’t catch up to them if he tried.

Younger me’s didn’t really think a girl would fall for someone like that and what is a man if not someone women pine after?

I haven’t become the suave, Casanova-assassin hybrid I’d thought I’d be when I was a kid and dreamt of being skinny. I haven’t become the rich, shredded Bruce Willis-type I’d thought I would become in my years of university. On the flip side, I started eating more regularly, hitting the gym for fun and not really worrying about hugging my guy friends. Some of them hesitate to hug back, not really sure of how to do the whole ‘guys giving affection’ thing. I don’t begrudge them for that because it takes a bit to learn. They’re still figuring out how to do it and I’m happy to be patient with them because that’s who I am.