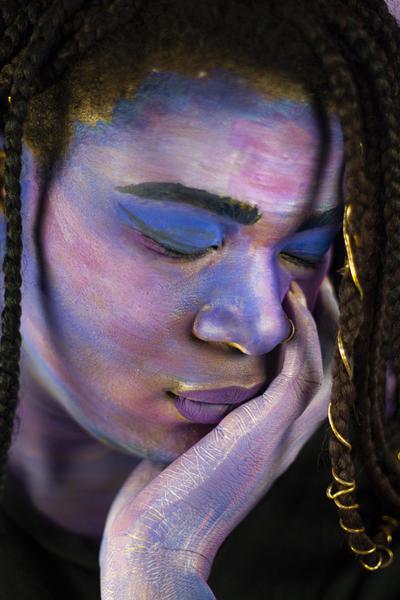 I went my entire elementary school life flat-out refusing to wear skinny jeans. I would wear the loose, straight jeans advertised to young boys working on tractors, most of which had elastic sewn into the waist. My mom was always pointing out cute tweens in skirts or skinny jeans, saying things like “Wow, she looks really pretty, doesn’t she?”

In Grade 6, my mom made me start wearing a bra, finally. It was very much overdue, though I was apparently in some type of denial.

To my dad, my tomboy look was a hilarious phase. He also wore straight-legged farmer jeans and took my imitation as a great compliment. He called my fashion “functional” and always took me out hiking in the Uinta Mountains or planting arugula in our garden.

When I was 10, my Sunday school class was split up by gender. Girls in dresses on one side, boys in pants on the other — like other Mormon girls, I covered my shoulders, knees and chest in order to respect myself and my future husband more.

We were told to list ways in which we could prepare to be better parents. The other girls and I listed things like “learn to sew” and “babysit more.’”The boys got things like “go camping” and “get a good job.”

The takeaway was clear and immediate — I was a girl who was going to be a wife who was going to be a mother. To me, ‘successfully’ being a girl meant being pretty and making boys like me. But I didn’t like being told what to do. I have never liked seeking others’ approval, wearing pastel colours or sewing.

Somewhere along the line this transformed into a full blown ‘not like other girls’ phase.

Pink? No way, I liked blue. My iPod Nano was full of Johnny Cash and I expressed my hatred of boy bands to anyone who would listen. I avoided makeup like a contagious disease and operated like anyone who wore it was intellectually inferior. In an effort to escape my cookie-cutter view of what it meant to be a ‘girl,’ I ended up detesting them. Including myself.

It took me years — much, much longer than I’m willing to admit — to realize that this ‘other girl’ doesn’t exist. I have never met a girl who was fragile, vain, seeking male attention, quiet and timid. I started questioning what I was really rebelling against. I love being around women — I’ve always gotten along better with them. They're diverse, kind, powerful, smart and empathetic.

If women could be all those things, why didn’t I want to be like them?

In my last years of high school, I allowed myself the possibility of being girly. I wore a full face of makeup every day, skinny jeans too. I admitted that I liked musicals and I joined the dance team because that is what girls do and it turned out that I liked being a girl. To my surprise, wearing makeup didn’t give me a sudden, uncontrollable urge to pop out babies, nag my future husband and drop 50 IQ points.

I came to UBC as passionate, if terribly misinformed, feminist. I learned quickly, though.

I met girls that didn’t ever want to get married and some who already were. My friend Rafa said swear words a lot and was still the nicest person I’d ever met. I met girls who loved having sex and girls who hated it. My friend Margaret wore a lot of black but had an infectious laugh and got along with everyone. I met girls who covered themselves from head to toe, girls who refused to ruin a cute outfit wearing a coat and girls who drank alcohol. I met Kyla, who listened to rap music, and Shania, who listened to country, but both loved cute skirts and bad jokes. I hadn’t considered these things before — that a person could do things without considering the impact on their gender.

I met my first Trans friends, who showed me — with incredible amounts of patience and love through my mistakes — that being a girl is so much more than one’s ‘equipment.’ I hadn’t ever considered that.

I started looking outside my gendered views to find things I enjoyed. I found Kendrick Lamar, craft cider, arguing about political theory and watching documentaries.

I also realized that girls could like other girls. Like like them. And after years of fantasizing about holding hands with other women — but like, romantically — I found a girlfriend who holds my hand all the time. I've never met anyone who looks better in high-waisted skinny jeans, a huge smile and a thrifted T-shirt.

This entire process took years. Years of pain and backsliding, self doubt, bad decisions and a lot of self-hatred to realize that I like being a girl. Being a girl could mean anything I wanted it to. And loving myself means forgiving the 13 year-old me who was disgusted over anything resembling femininity.

I’ve learned that gender isn’t a personality, or a physicality, or a rulebook that tells you what you can and can’t do. I often wonder if I'm not even a girl or a boy. I know a lot of brave people who have already thought this and only became happier as they realized that binary gender norms aren’t for them at all.

But for right now I’m a girl.

I’m working hard on loving everyone. That includes the boys, that includes girls and that includes whatever you identify as. That also includes myself. I’m proud to report that as of right now, I am rocking a pair of mom jeans — my skinny jeans are in the wash — waiting for my amazing girlfriend to come over, listening to Johnny Cash and caring a lot less about people’s genitals than my 13 year-old self. And I’m very happy to be like other girls.