Friendship and mentorship: How women occupy and fight for leadership roles at UBC 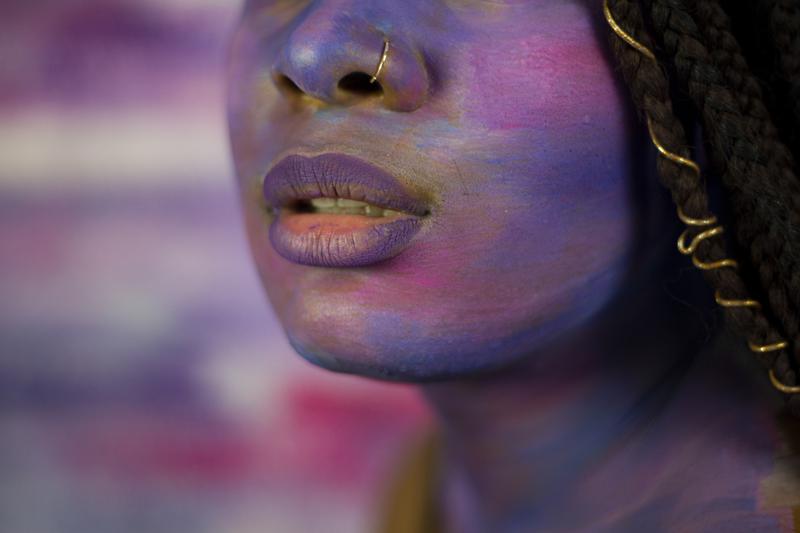 ‘“Are those your own thoughts, or were they given to you by a male colleague?’”

Former AMS President Marium Hamid has been asked this question on multiple occasions.

“At that moment, reminding yourself … that you were fairly and democratically elected by people, that the authority, the power, but also responsibility and accountability that you associate with your role doesn’t come just from you,” Hamid said. “It comes from the fact that people trusted you.”

At UBC, many women hold positions of power in the AMS and in undergraduate societies. The current presidents of six out of eight societies are all women.

From the women interviewed for this piece, the resounding belief is that the prominence of female students in leadership at UBC comes from mentorship and seeing and interacting with women in leadership positions.

That’s not to say that these women don’t encounter sexism in their positions. AMS VP External Cristina Ilnitchi spoke of times when in meetings, people would look to and speak to her male counterparts instead of her, the vice-president in the room. That’s only one example. But the norms of leadership being ‘masculine’ are being broken down more often as more women take on these roles.

Hamid initially didn’t want to be president at all.

She was interested in the AMS and making changes within the university, but was deterred by campaigns and elections. She had been the student services director the year previous to being elected, a role that she said she pursued because there was no election.

“I was extremely skeptical and not willing to run for anything related to the political side of things,” Hamid said.

What made her change her mind was the encouragement of people and women she looked up to.

“It’s one thing for your friends to say … ‘You should run’ and another for somebody whose work you admire, whose advocacy [and] whose leadership on this campus that you admire, come and tell you, ‘I would love to work with you,’” Hamid said.

Mika Campbell Nishimura, the VP student life of the Engineering Undergraduate Society (EUS) experienced something similar. She said she thought the idea of running for executive was “interesting,” but that she wasn’t serious about it until the people around her encouraged her to run.

“I think it wasn’t until term two [of second year] when people [started] coming up to me [saying], ‘Okay, so you’re going to be the next VP student life, right?’” Nishimura said.

Ilnitchi said that working with women in executive roles opened doors for her.

“I learned from them and they took so much time to mentor me and encourage me. That made me feel like it was something that I could do, too,” Ilnitchi said.

This also helped Ilnitchi break down the oft-internalized view that some traits are seen as more ‘masculine’ and some as more ‘feminine.’

According to a paper by the IZA Institute of Labour Economics, masculinity is often associated with the figure of a “strong, technically competent, ambitious, self-sufficient and authoritative leader who can maintain control of his emotions.” Femininity, in contrast, is associated with “empathy, sensitivity, loyalty and a caring disposition.”

“It was really interesting to see that for [the women in leadership roles], they were able to be themselves and to have those leadership qualities that maybe could be described as more feminine than masculine. For them to lead so well, even … having those qualities being so explicit,” Ilnitchi said.

“It really shows you that there's opportunity for you.”

The ‘little secret club’ of the EUS

Opportunity for women to lead has emerged in an unlikely place at UBC: engineering.

But the EUS executive team is majority women.

Former EUS President Kate Burnham theorized that the presence of so many women in leadership roles in engineering comes from the “clear understanding” that many women have of why they’re there and a “commitment to the program.”

“[They] have made it a fairly active choice rather than a more passive choice that some students make because they’re getting external pressures from parents,” Burnham said.

Tyra Phillips, the current EUS president, said that it all comes down to the “role models.”

“I look back at Veronica Knott [or] Jeanie Malone — they were incredible role models. I think that’s a huge reason why we see so many women in these leadership roles now, because they paved the way for us back in the day,” Phillips said.

Burnham also spoke of the positive influences and encouragement she had from former EUS presidents.

“We definitely have a little secret club of female EUS presidents who have been really good at being president and have encouraged each other going forward to carry on the legacy.”

However, there are still barriers to be broken.

“At the time that I ran, there had never been a female VP admin,” EUS Interim President Katherine Westerlund said.

She initially struggled to advocate for herself in the role.

“I did find it challenging to assert the fact that I was better than anyone else who could do it,” she said. “There’s a lot of responsibility that you [take] on and so you have to prepare yourself for that.”

But she noted how she has grown in confidence since being elected to the EUS executive.

“I will cut people off in meetings and I will be in charge and tell people to be quiet,” Westerlund said. “You have to take on a lot of those roles that are traditionally assumed to be masculine.”

The experience of being a woman of colour in power poses some different challenges.

When Hamid was elected, she initially struggled with the way she described herself and acted in the new spaces she was in.

“That’s a horrible thought because you should never have to decide between how much of one thing you want to be. But that is something you constantly start thinking about.”

While Hamid said that grappling with this is still something she’s learning how to do, she realized that she doesn’t need anybody’s permission to take the space she needed.

“As I grew more into the role … I realized if I don’t evoke the fact that I am a woman, I am a racialized person, but I am not just those things. I have all the other things that make me who I am,” Hamid said.

Hamid believes mentorship doesn’t have to be strictly professional or just between women.

The discourse around how men can’t be proper mentors to women is something that Hamid thinks we should “break down.”

“Some of the best advice I’ve ever gotten is from racialized men who also understand my experiences from the perspective of being racialized, but can also give me opportunities,” Hamid said.

“Remembering that if men who have been allowed to prosper and be great aren’t allowed or aren’t encouraged to mentor women, then how are we supposed to see ourselves there if we aren't able to interact with them and learn with them?”

More than mentorship, Hamid also believes in the importance of friendship between women in positions of power.

Hamid was Ilnitchi’s residence advisor in her first year and they entered the executive at similar times. Hamid said it meant a lot for someone she had known so long to be running with her.

“[Hamid’s] always been the person who has encouraged the people around her [and] has found other people on campus to bring along and grow with her,” Ilnitchi said.

“I think mentorship means so much more between women when it’s covered with solidarity of knowing that it’s not just about those big issues that are often heavy and difficult, but it’s also about coming into these places with a sense of humour,” Hamid added.

“As difficult as it is sometimes, it’s also exciting. You’re on the cusp of doing great things.”

— This article was updated to correctly reflect Katherine Westerlund's position with the EUS. She is EUS interim president, not vice-president administration. We regret this error.