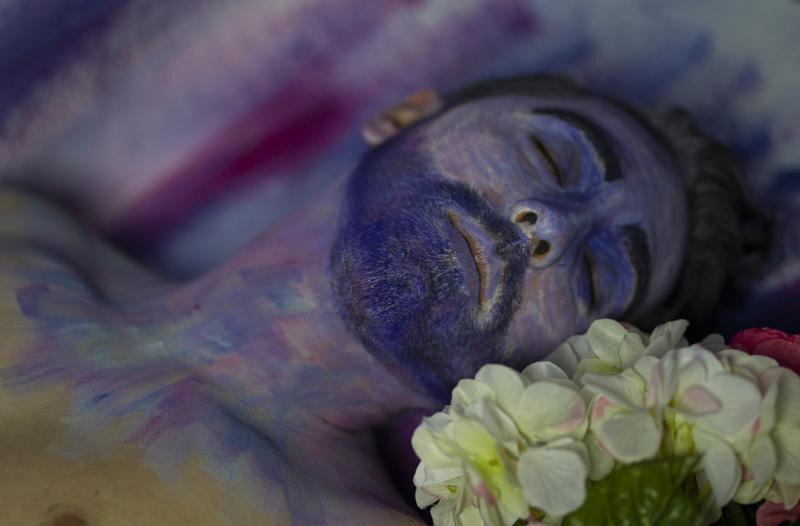 I’m the only one sobbing in a sea of adolescent boys, but it strikes me that I can’t imagine a better place to have a good cry. Elizabeth Wang

2013, 15 years old — I’m second in a line of 10 boys, 60-something miles into an 85-mile week, a tradition we call the Long Walk. We’re hiking through a downpour, caked with mud and so drenched that we don’t bother with rain jackets. The older boy in front of me, the slowest among us, asked to lead so that we’re forced to go at a consistent pace. He’s struggling and everyone can tell.

We’ve just hit the headwall, but he doesn’t stop or complain. I want to help him, but I don’t know how. You’re an animal, man! I say. You got this.

He trudges on, eyes fixed on his feet, but lets out a playful roar.

I’m at a loss for words. I’m not the only counsellor on this expedition, but somehow I’m the one tasked with this: being the bearer of bad news. He needs to push himself. The other boys are carrying his weight — it’s starting to piss them off — but he can’t see it. He desperately wants to be a leader and I know he can be. But as he put it, he’s so small.

I feel so attacked, he says, tearing up. We talk for over an hour, clipping away at hedges inconsequentially as the others dig drainage ditches miles ahead.

All my shirts are soiled so I figure I won’t be eating that day. It’s storming — one of the worst of the season — and as I wait in my cabin for lunch to end, I watch the rain stream down the hillside in so many tiny rivers, carving thin beds into the forest floor’s mat of pine needles. I’m damp, cold — and as the thunder booms nearer and more frequently, increasingly alone. For the first time in weeks, I pull out my cello, a vestige of home, and start thumbing at Bach on the porch. Maybe 30 minutes later, the counsellor I was afraid to face rushes through the dorms to find me. He looked so worried.

That same summer — One of the older campers happens to have the same name as me and we develop a ritual. Every time I see him, I reach out to shake his hand, stifle a giggle and say, Hi Henry, said Henry, to Henry, from Henry!

It was such a small gesture, but can you imagine a 12-year-old boy uttering what he really means when he says this?

I love you and you have no idea how much I need you. You’re everything I think a man should be and your every act of kindness validates my deepest desire, but wavering belief, that one day I will be strong too.

It must have gotten old fast, yet Henry always reciprocates with so much warmth.

I can’t find the oatmeal. Someone must have left it in their pack overnight, tempting bears and chipmunks, but no one comes clean. Alright, I declare, looks like I’ll have to start searching bags.

I eventually get to the one that belongs to a 13-year-old who could go hours without saying a word, carrying some private burden, but would just as soon burst out of his skin with humour and sincerity. I’m arm-deep in his pack now, rummaging under his sleeping bag. It’s damp. I dig deeper — no, it’s actually sopping wet. Even after I notice the smell, it takes me a while to realize what I’m touching. Nonchalant, he avoids eye contact.

Isn’t it strange how what we need the most becomes our greatest vulnerability? A wound so tender it’s unspeakable. Lest it’s found out, prodded.

That night, I lie fully clothed with nothing but a raincoat wrapped around my legs, hugging myself, shivering. I don’t get an hour’s worth of sleep.

2016, 18 years old — It’s my first summer as a counsellor and I’m the youngest. By this point, I’ve learned that a camper would never be allowed to miss a meal, no matter the condition of his shirt, but I’m letting insecurity get the best of me. Am I doing enough? Do the others think I’m doing a good job? Or even like me? I ask the man who had been assigned as my mentor if he has any feedback. He seems confused, concerned.

2018, 20 years old — I’m spread thin. I had been writing and editing letters home to parents, organizing acts for a talent show performed the night before and I still haven’t started packing yet. I leave for the Long Walk again tomorrow — this time, I’m leading it.

Our assistant director Jack is giving the Chapel Talk. He’s immaculately fit as a former college football player, but he’s talking about his childhood, when he felt so different that he hated himself, and his adolescence, when he tried so hard to fit in that he drank and fought and lost sight of who he was.

Unable to hold it in and without knowing why, I quietly break into tears. I can feel the stares: I’m the only one sobbing in a sea of adolescent boys, but it strikes me that I can’t imagine a better place to have a good cry.

The strongest man in the world is he who stands most alone, says Jack, quoting Norwegian playwright Henrik Ibsen. There’s no holding back now.

Toxic is a need unmet. A scared child lashing out. Biting, wrong-headed, obstinate, but still a child. Something maybe not deserved, but existentially needed.

The organ begins to lilt and as we proceed two-by-two out of the theatre, my friend wraps his arm around my shoulder. He must have no idea why I’m crying, but I turn to face him and see tears in his eyes too. 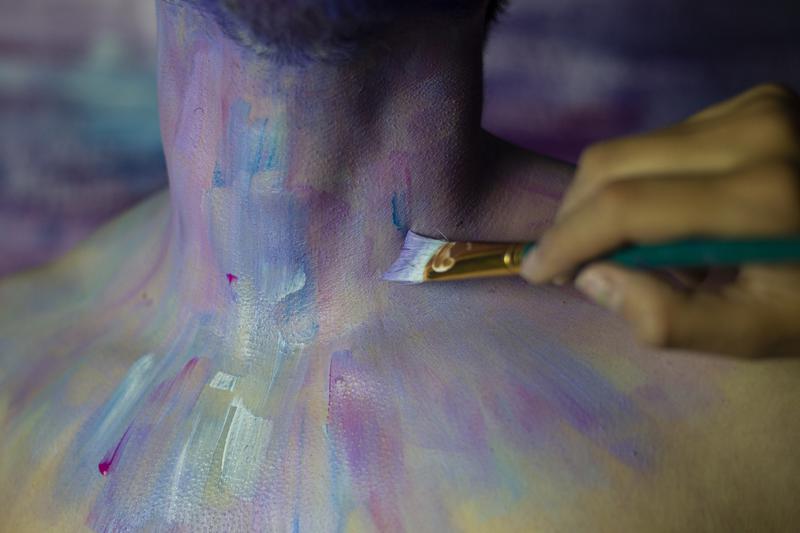