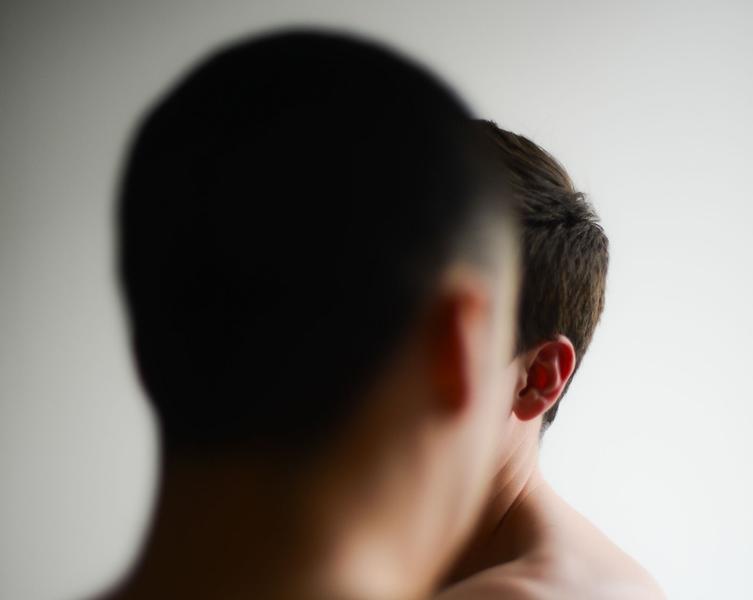 As if I were Moses parting the Red Sea, I learned from a young age how to separate the oceanic forces of physical and emotional intimacy.

Closeted and afraid, love was not something I ever considered. This wasn’t by virtue of my upbringing. My parents are textbook upper middle-class, white, liberal Canadians. I was warned about the pitfalls of intolerance and instructed as to which words and attitudes were unacceptable. My 82-year-old Jewish grandfather did not bat an eye when he learned I was gay. Instead, he chronicled his experiences working at a gay club in 1960s Montreal.

But something inhibited me from embracing my queerness. Maybe it was the lack of representation in the thousands of movies I devoured after my dad introduced me to Jurassic Park. (If I’d been able to watch a gay palaeontologist battle a T. rex, who’s to say where I’d be now?) Maybe it was fear that I’d be accused of being a “faggot” by boys in junior high classrooms. For the purposes of this essay, however, causation is irrelevant — crucial is the shaping of my ability to be intimate with others, and therefore my ability to be intimate with myself.

What’s a young boy who feels a desire for his same gender to do? Well first, he questions why this had to happen to him. There’s a reason why people tread the well-worn cliché of feeling “different” so often. Why, I’d wonder, was I not allowed to be like my male friends, who’d chat authentically about their crushes on girls or about the awesomeness of boobs? I felt cornered, jammed into a stuccoed wall that agitated and broke the surface of my skin. Underneath my flesh: a secret waiting to expose itself to the world.  It wasn’t outright homophobia that prevented me from accepting my queerness, but the anxieties that accompany being different.

My insides were a lab in which I mixed two chemicals with no safety goggles on. For me, those two chemicals were a massive sex drive and an inability to accept my identity, which when combined, lead to an unstable but strikingly active reaction. I resolutely decided that I would allow myself to be sexual with men and leave emotions to relationships with women. If I could separate the two, the uncomfortable truth of my gayness would be a distant thought. I became sexually active relatively early — and then swiftly ventured into a string of awkward physical relationships with boys similarly closeted and afraid. When two people try to ignore their truths together, an odd and melancholic air lingers. There is little comfort in sharing such an uncomfortable sensation with someone else — the truth bubbles between your bodies.

The first time I kissed a boy felt like perversion. I thought the act — with their lips and your lips, your face and their face — was what you did with someone you liked or someone you loved. And I wanted to do it. And I felt daring. But after it happened, I felt myself retreating into the secluded corner I’d inhabited for most of my adolescence — except the room this corner existed within was shrinking. I fought harder and harder to repress romantic thought or feeling, acknowledgement not an option.

It took until the last fading days of multiple girlfriends for me to come to terms with myself. I enjoyed my time with the women I dated like I enjoy strong friendships, and therein lies the issue. No happiness came from lying to them as well as myself, years spent desperately trying to convince myself of who I wanted to be and not accepting who I am. Shortly afterwards, the sun set on dating women.

However, intimacy does not simply follow acceptance. For years of my adolescence, I'd learned to dichotomize the sexual and the emotional, so unlearning took — and is still taking — some time. Physical intimacy requires different skills than emotional intimacy, and melding the two together is a process and a half. The intricacies of the body are bound to the complexities of the mind, with the two stuck in a messy, moving dance. They zig and zag, turn sharply, stop abruptly, and begin their movement once again, all within seconds. When you don’t grow up considering the relationship between the two, educating yourself on how they interact is quite the learning curve.

When I felt comfortable enough, I thought a boyfriend would magically appear and a package of confetti would explode upon his arrival. I soon realized that relationships are as convoluted as the mind itself — with twice the emotions to deal with. (And my overblown sex drive never subsided.)

Those aren’t negatives, though. I think they’re just part of the later-in-life epiphanies queer people (and maybe people in general) have when they come to terms with themselves. At 19, I have had relationships and I have had breakups, and they’ve been resplendent and hurtful, rewarding and painful. But look at where I am now. I am fortunate enough to walk home on rainy evenings and inhale the ocean air with which I am surrounded, experiencing the fullest range of human emotion I could at my age. If allowing myself to feel intimacy opens me to the potential for hurt, I will gladly, willingly, let the Red Sea cave in and be whole.

Josh is The Ubyssey's photo editor and thinks he is funnier than he actually is. He's half-Jewish and still feels divided on the Israel-Palestine conflict. He enjoys politics, travelling, and gluten-free living.