Photo Essay: To wear or not to wear?

We asked four UBC students, past and present, about their clothing choices and how those choices have informed and been influenced by their gender identities.

Gender identity and expression often go hand in hand. We asked four UBC students, past and present, about their clothing choices and how those choices have informed and been influenced by their gender identities. 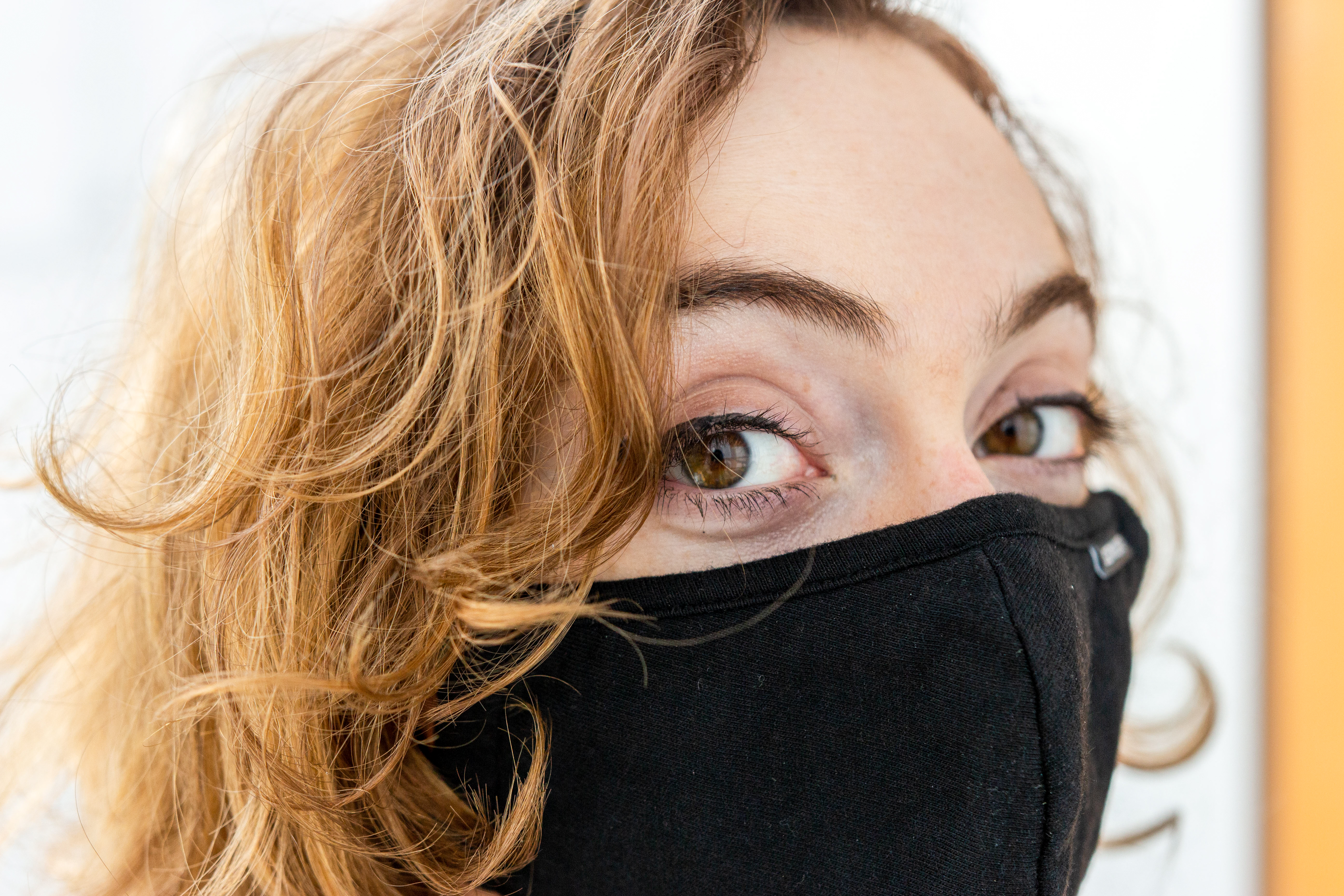 Edith Coates is a fourth-year linguistics major at UBC. As a transgender woman, Coates said that trying on different fashion styles has been a good way of presenting feminine.

“Knowing about fashion and different ways that you can wear things to minimize some things or draw attention to other things really helps with presenting female or feminine [and] building confidence,” she said. 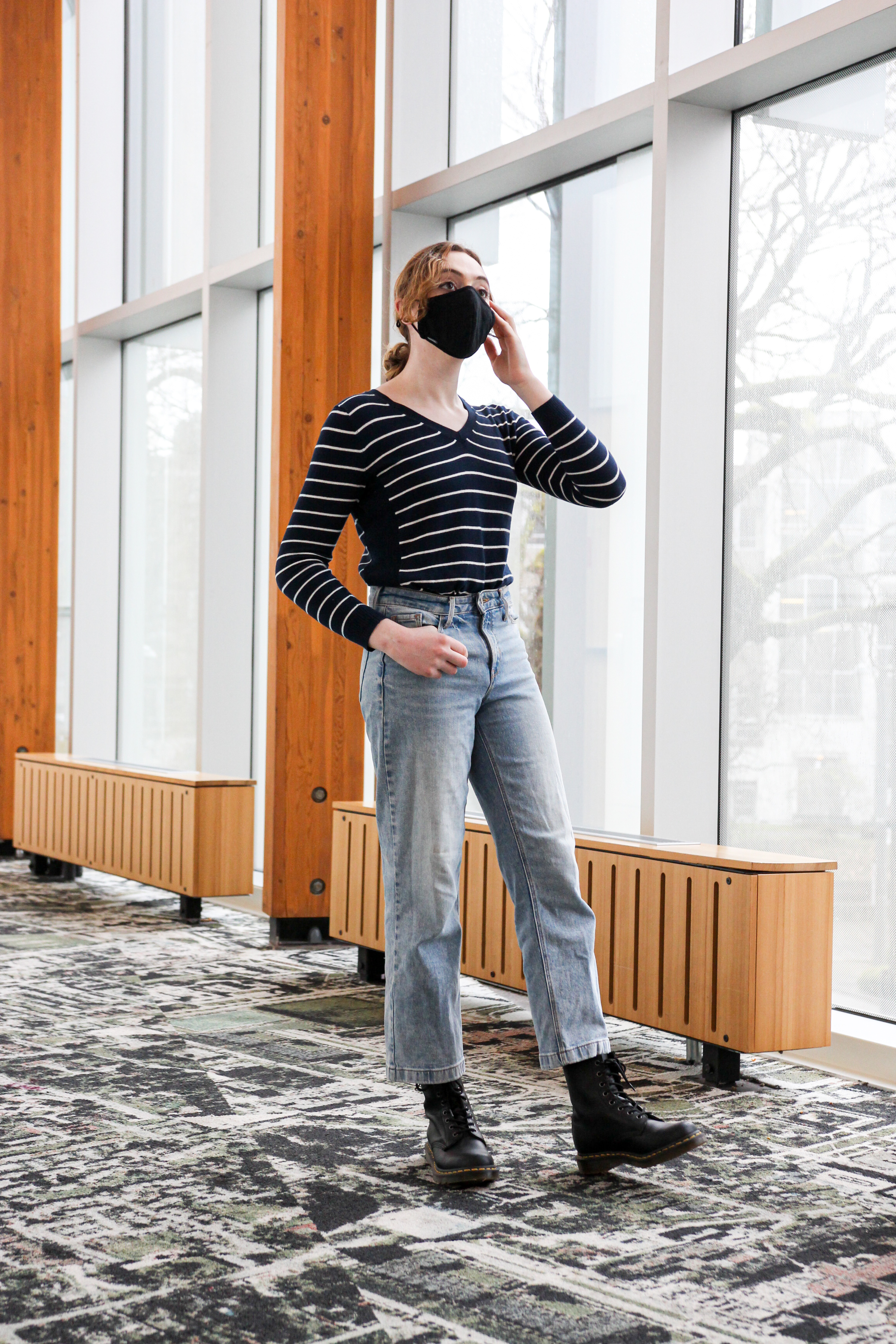 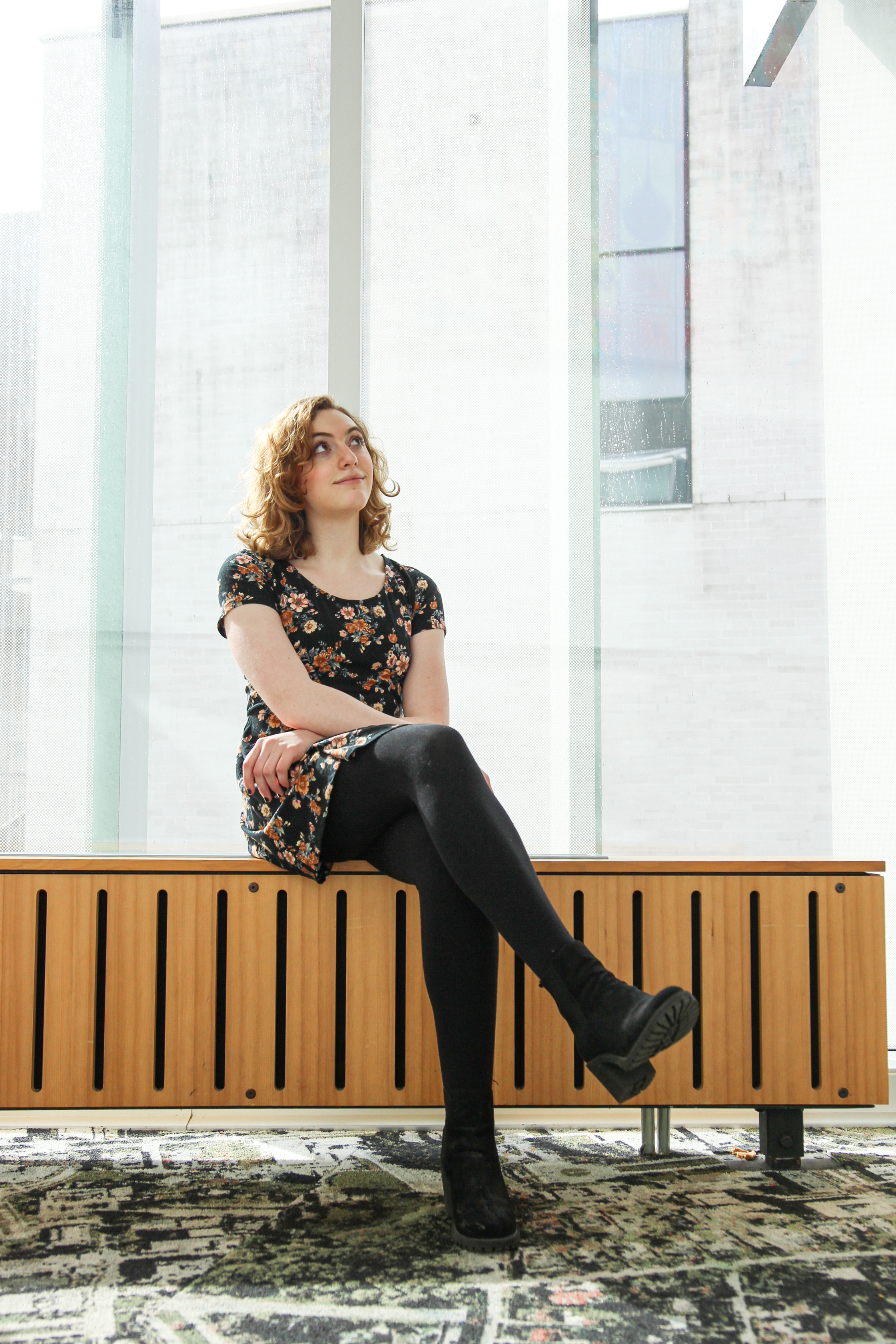 Coates said her striped sweater and jeans help make her shoulders appear less prominent and her waist a bit narrower.

“It’s all about having a good fit which is difficult when you’re trans and don’t exactly have the same body shape as what women’s clothes are cut [for] and made to fit best on.”

As an exception, Coates said the dress in the photos makes her feel good about herself.

“I always feel confident wearing [this] dress because I love the fabric, the pattern on it, how it’s cut and how it fits on me. These shoes ... are the only heels I’m confident enough to wear.” 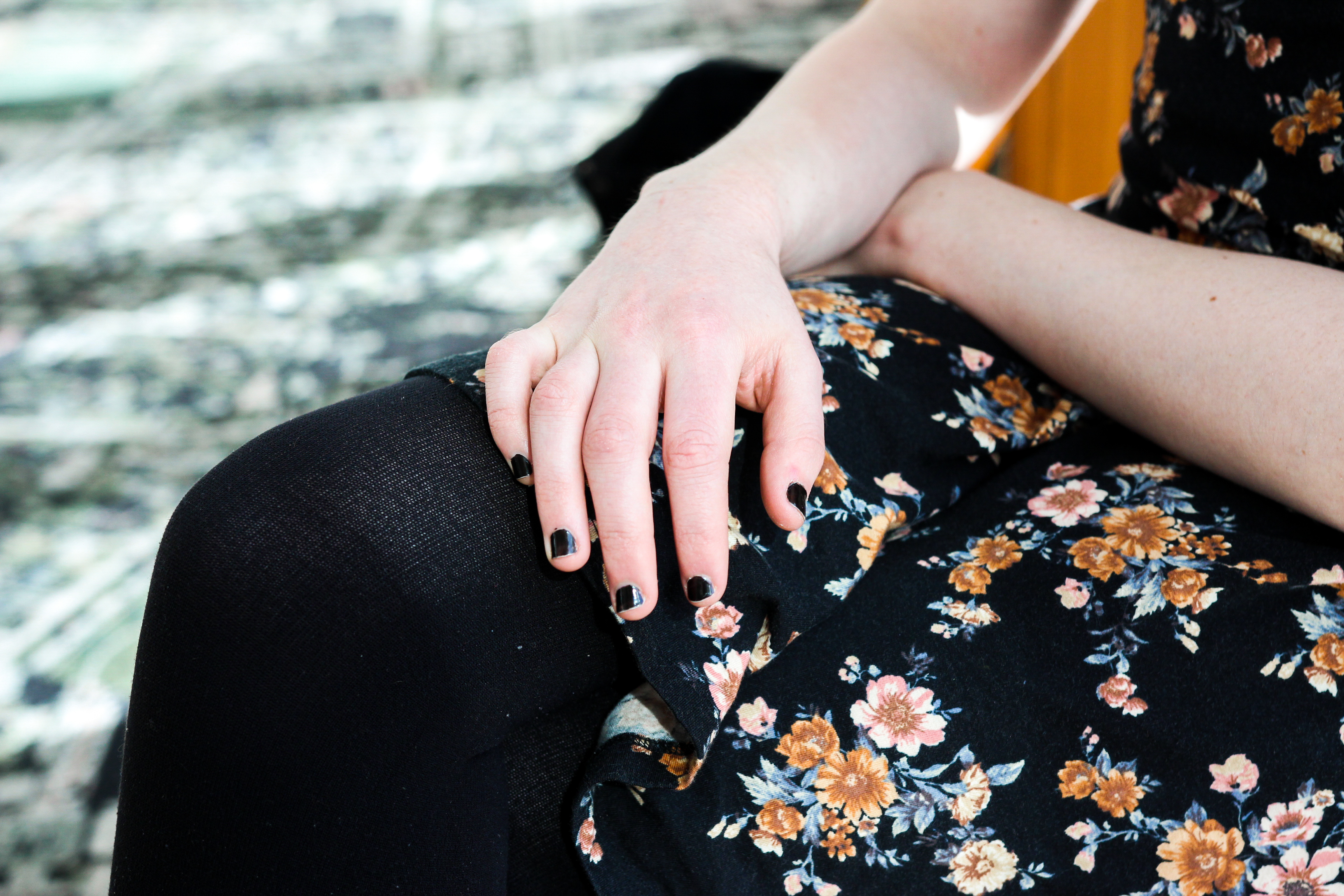 Coates added that she would love to dress up for events if she had more to attend. But on a daily basis, Coates said that it is not a lack of confidence that stops her from wearing certain clothes, but the reality of trying not to stick out too much from the crowd as a trans person.

“I still get people staring at me. I’ll be walking somewhere and I’ll see other people just looking me up and down.” 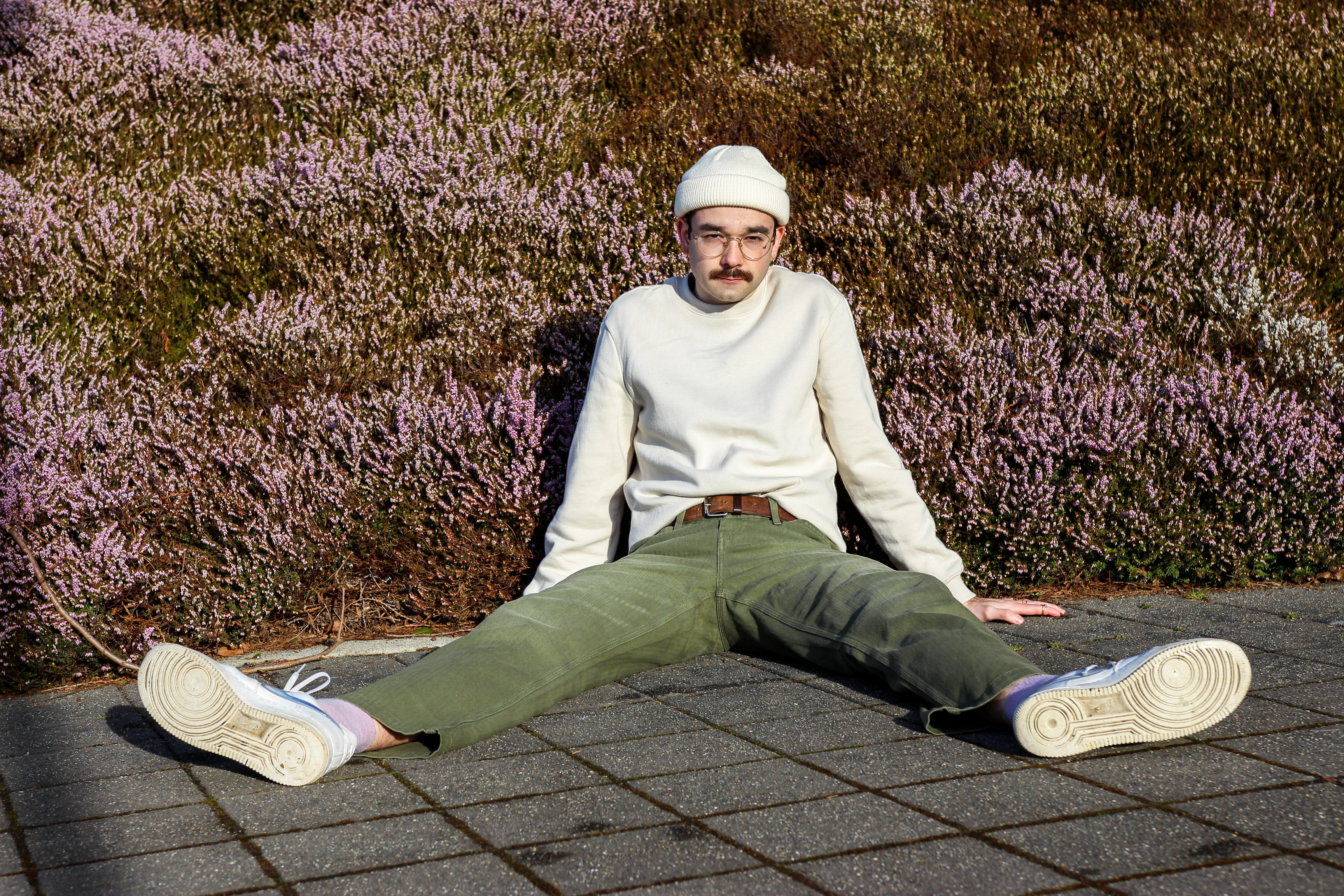 Isak Makynen majors in English literature and minors in French. He struggled a lot when he was younger to find clothes that fit his body, being “on the bigger side.” But with age came confidence.

“It didn’t have to do necessarily with me losing weight or me changing my body in any way. It was more so just realizing that whatever I put on my body, if I felt happy in it and I felt comfortable in it, even if I didn’t think I looked particularly good, I could go outside and just feel good in general,” he said. 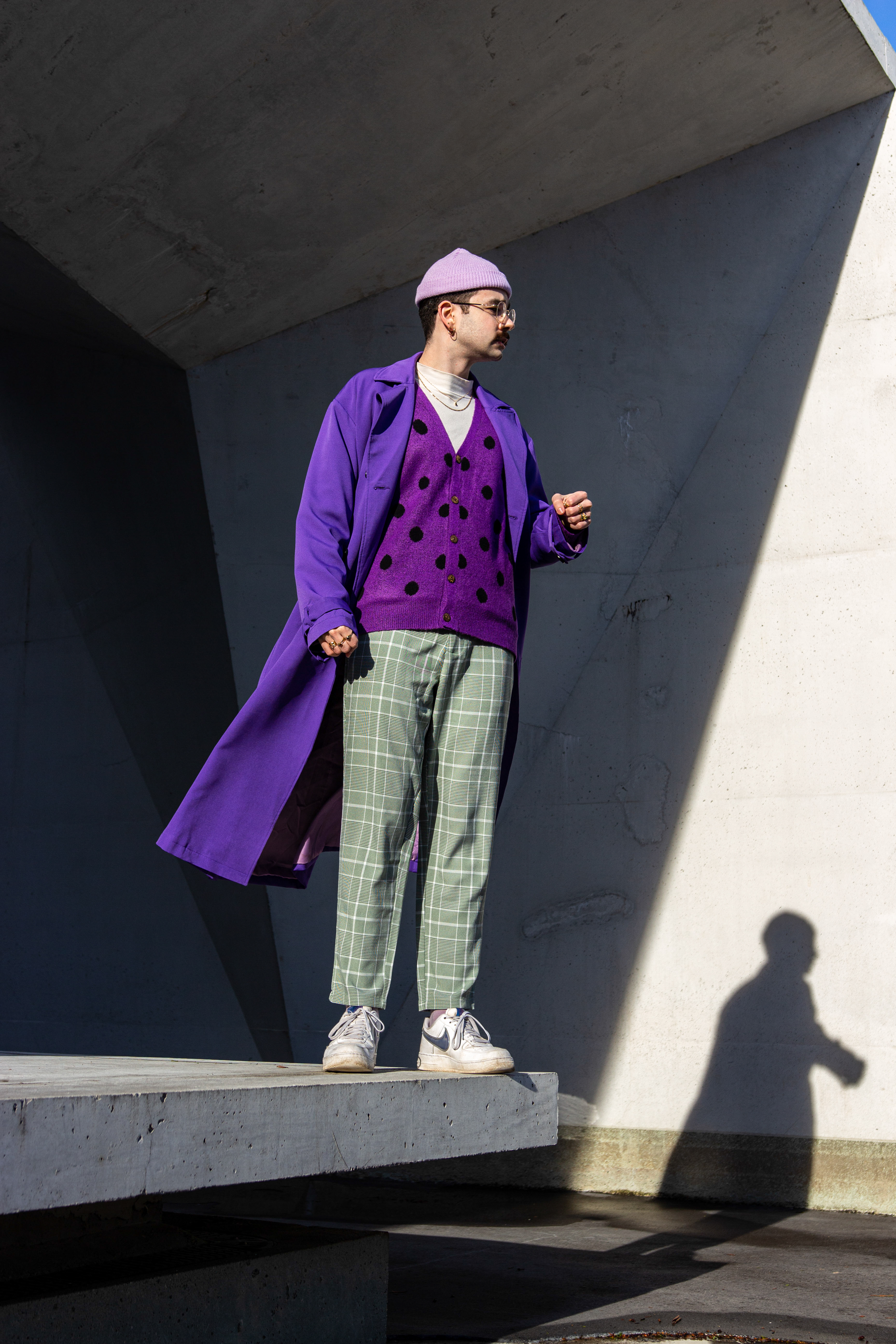 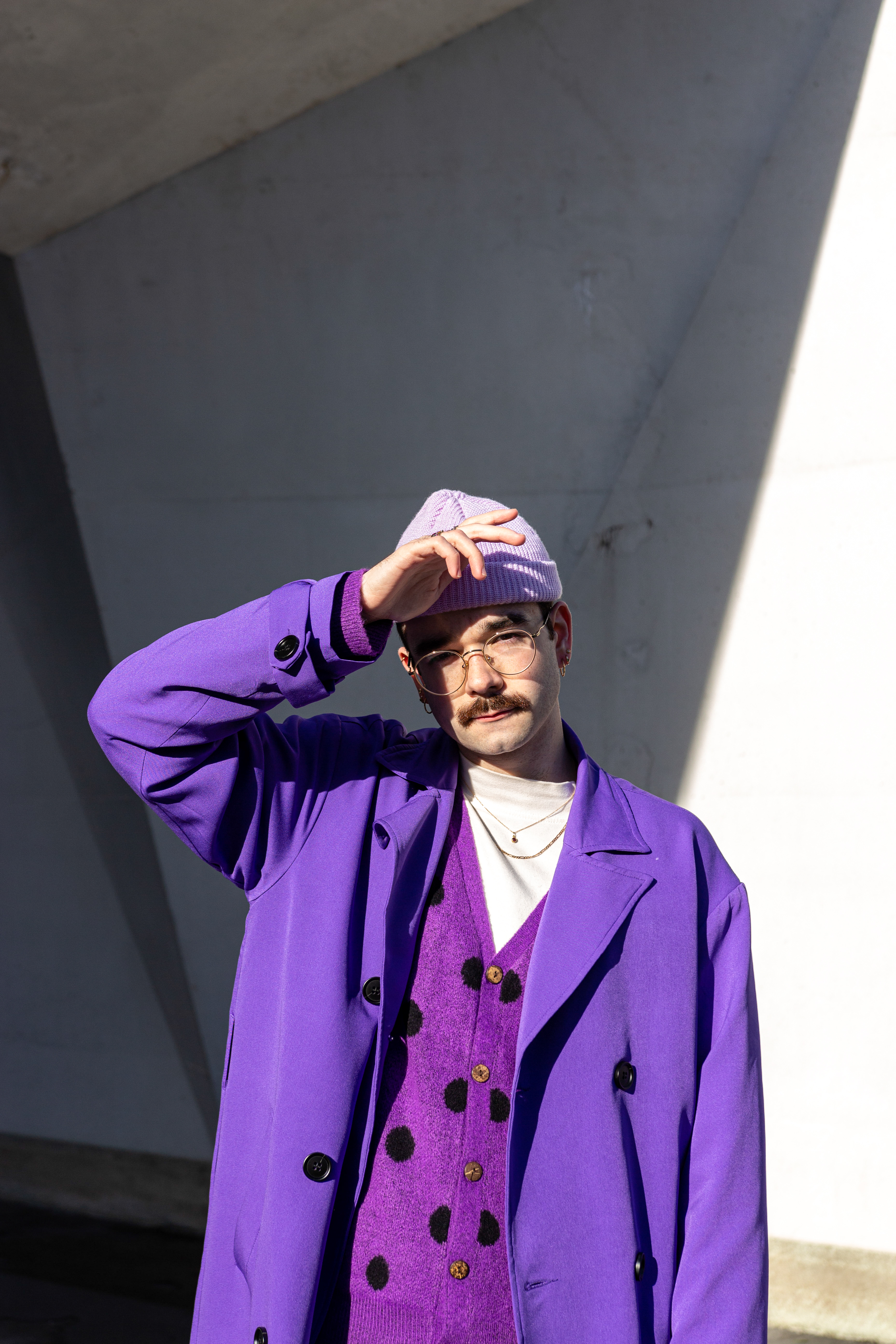 Makynen got more serious about fashion when he bought two staple pieces late in high school.

“I think I bought a pair of brown leather boots and a nice oversized sweater and thought it was the peak of fashion. I really thought I was everything,” said Makynen.

While hindsight made clear that Makynen did not peak in high school, he said that’s where it all started — when he wanted to start wearing things that are different from the norm. 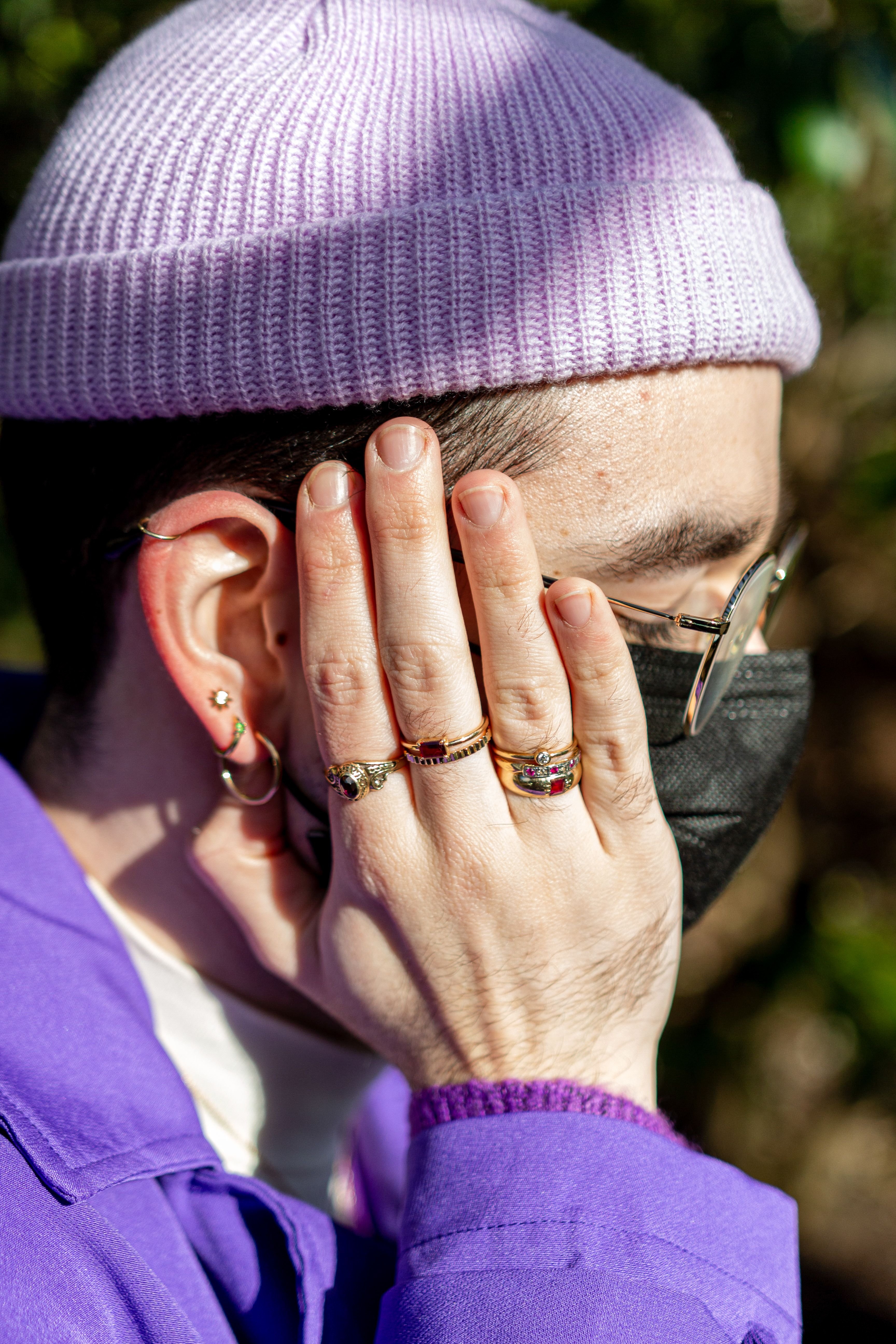 But clothes and accessories aside, Makynen said that confidence is the best accessory and that he’s never really been afraid of hiding who he is.

“I think that [difficulties surrounding Queerness] can lead to us to try to hide our identity and hide who we are, for fear of persecution or anything negative coming our way ... But I think that journey with my fashion in terms of the colours that I wear and how bright and loud every- thing is now, is a testament to the pride I feel in myself, and the pride I think most Queer people should feel in themselves.

“If you exude joy and happiness in what you’re wearing, regardless of how good it actually looks, people are going to say, ‘Hey, that guy looks good. Hey, that person looks great. They look so happy with what they’re wearing.’” 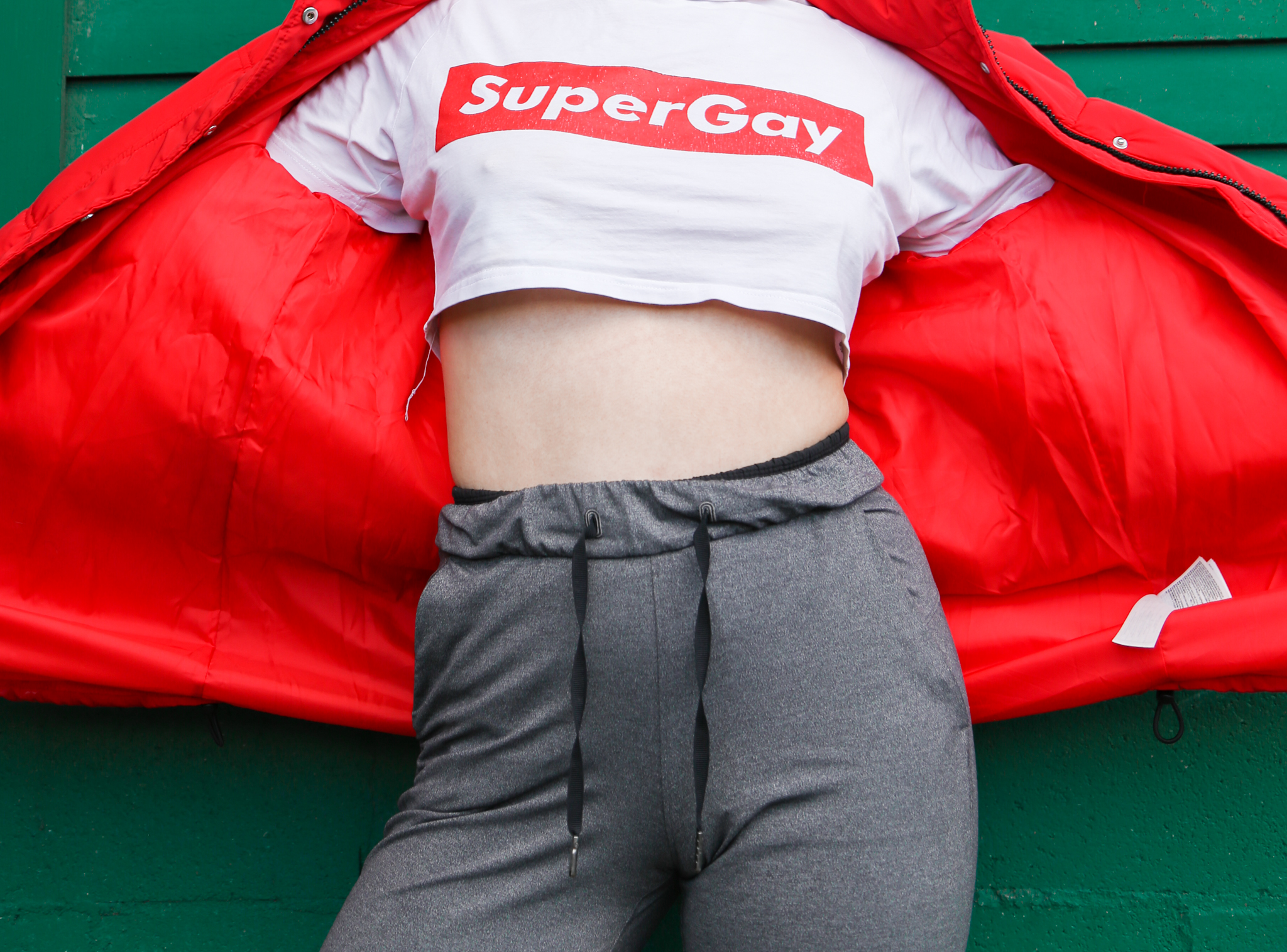 A longtime poet and performer, Proof said t(he)y have been able to explore t(he)ir gender identity through poetry, music and clothing.

“I like to be creative and dress in ways that inspire me and make me feel playful and wonderful. And I mean, like, literally full of wonder,” said Proof, explaining that t(he)ir clothing choices are a perpetual reminder of the sense of curiosity and discovery t(he)y want to bring to t(he)ir gender. 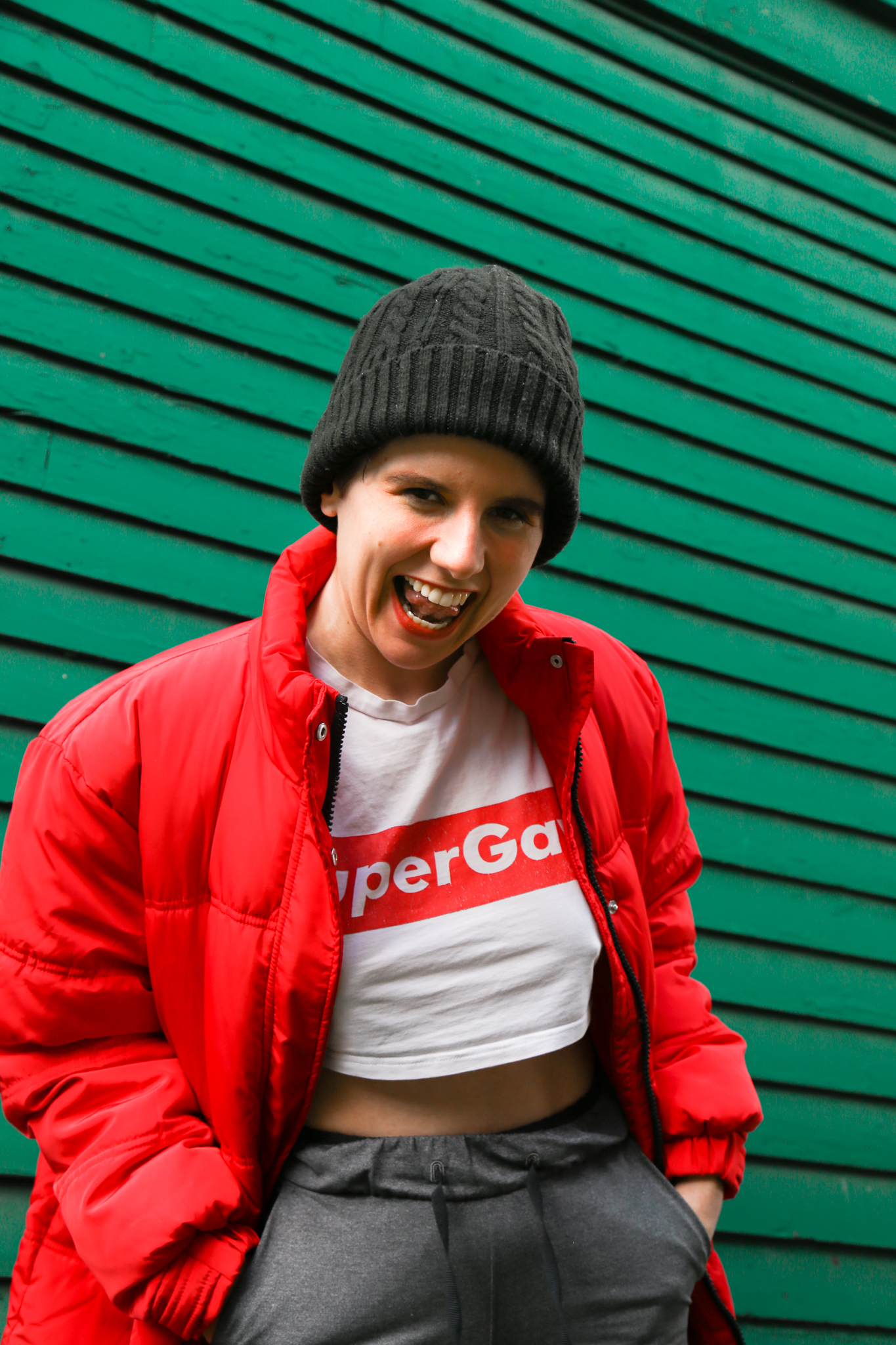 “The process of writing freely has [also] always granted me that ignition to explore myself and explore my truth and to excavate — which is the word that I have been using a lot — because I feel like I do unbury parts of myself that I didn’t necessarily have direct access to at different points in my life because of conditioning of cishet standards of living.” 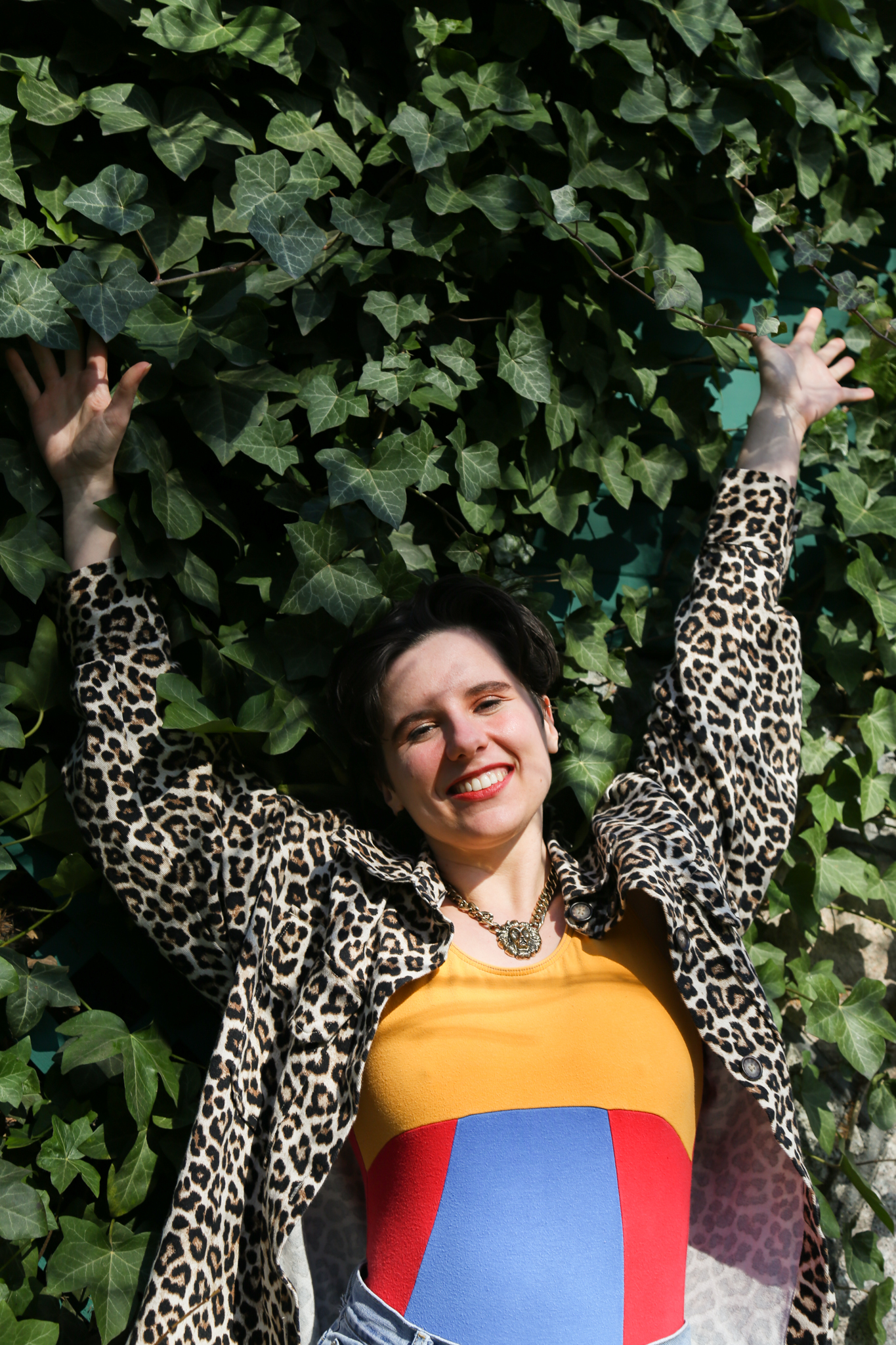 For Proof, gender and other parts of t(he)ir identity are not separate in this process of self-exploration. 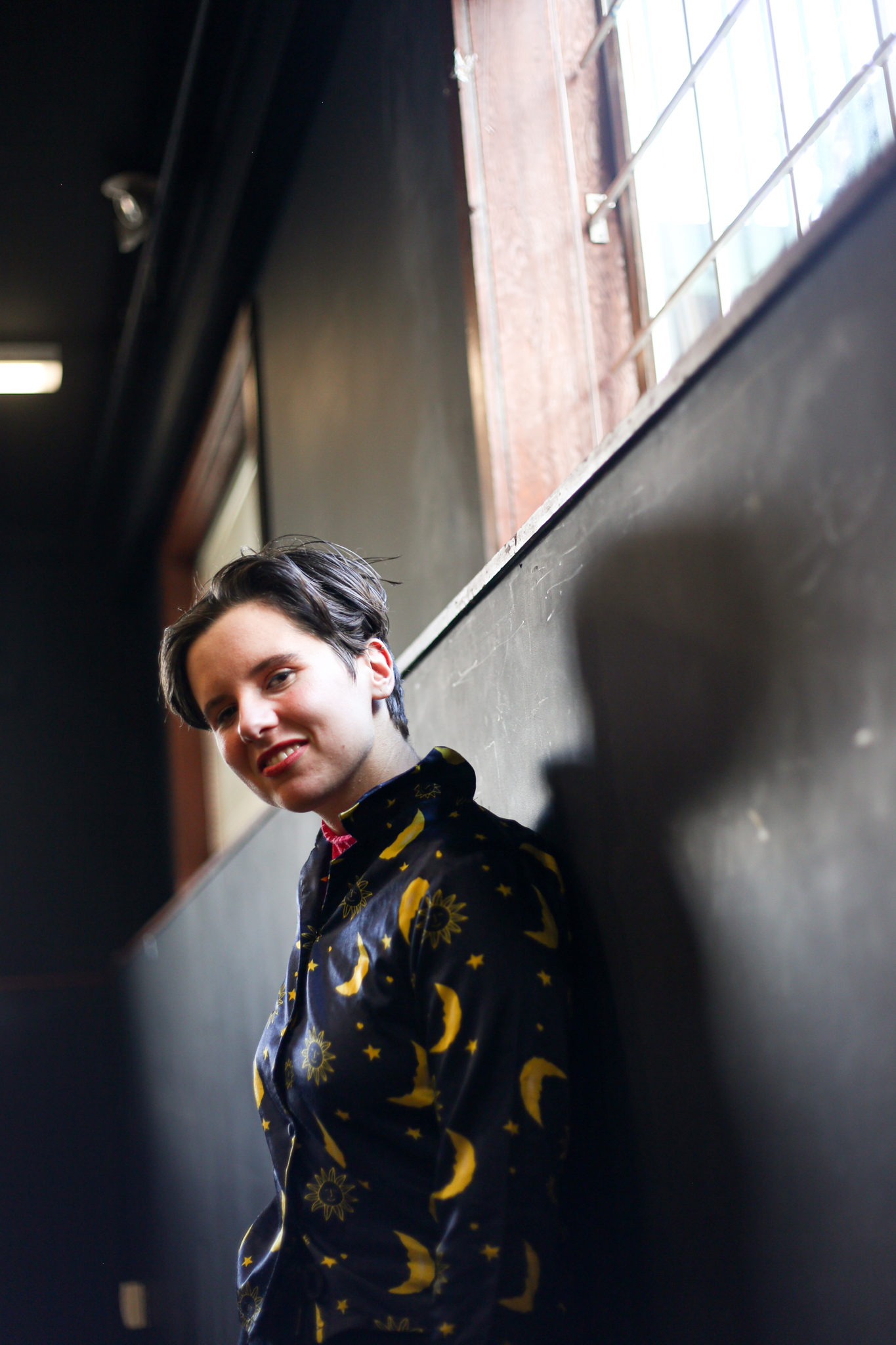 “In a lot of ways, I do identify my gender as Jewish. As a first-generation immigrant [and] as somebody who is putting to sleep a lot of ancestral wounds — a lot of ways that Jewish people in basically all of existence have had to flee, had to run, have been prosecuted — there’s been so much that has lived in my body.

“And now that I’m here as a first-gen immigrant, I feel really lucky and thankful to be able to put that stuff more and more to sleep in my body to hold peace with who I really am.” 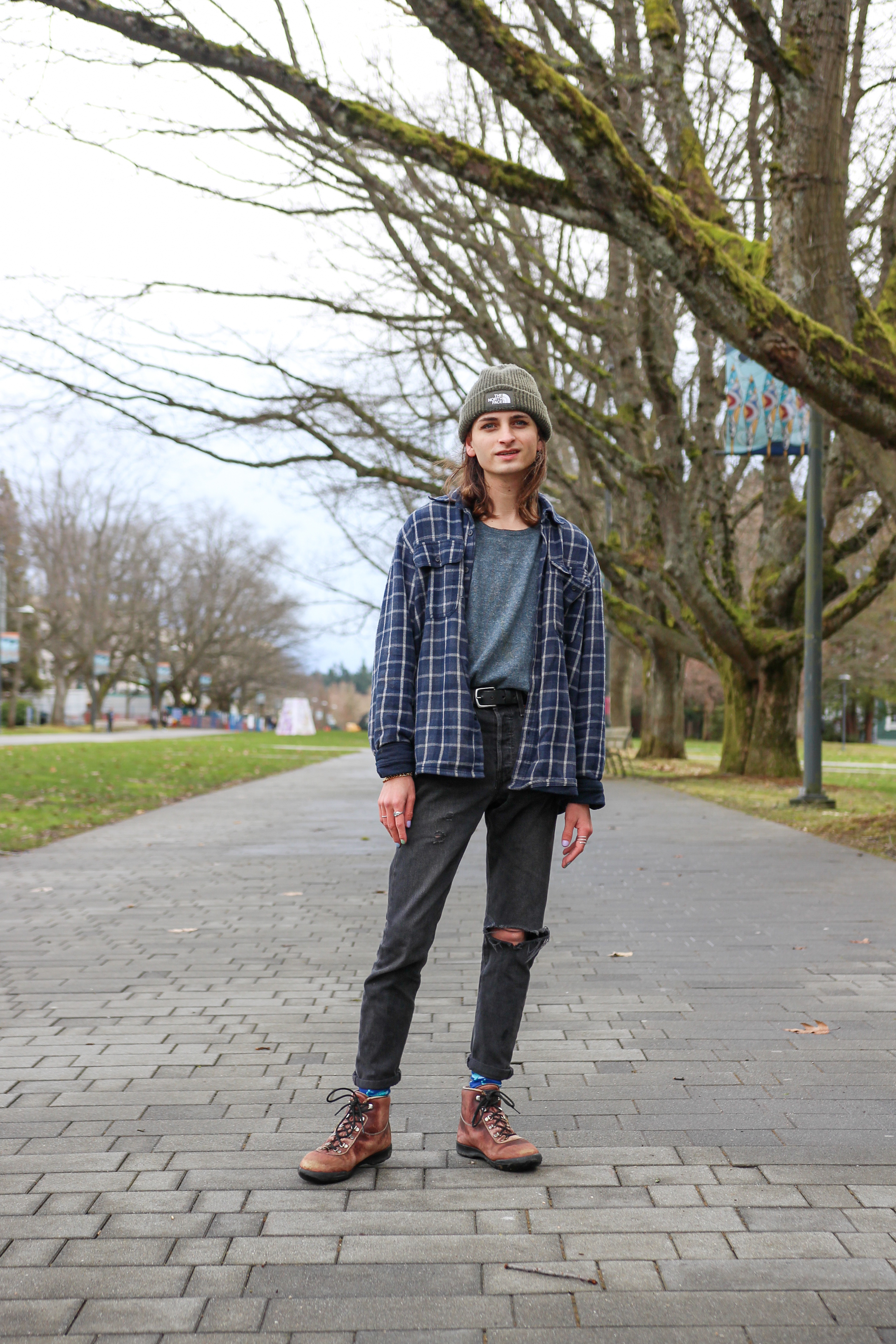 Ryli Wartelle is a third-year forestry student at UBC. Until recently, they were never really interested in fashion.

“I was the type of, ‘Well, why would you want to wear anything except what’s practical?’ Like, if there was a zombie apocalypse right now, I need to be ready for it,” said Wartelle. But as they started becoming more comfortable with their Queer identity in the last few years, they’ve paid more attention to the way they dress.

“Most of my life, I totally thought that I was a [straight] cis man, which is not true ... and my fashion was literally just jeans and a T-shirt and nothing else, every single day.

“And then I finally came out to myself as bisexual and I was like, ‘Now that I feel a little more [like] myself I should decorate myself a bit.’ That’s why I got an ear piercing, started wearing rings and stuff like that,” they said. 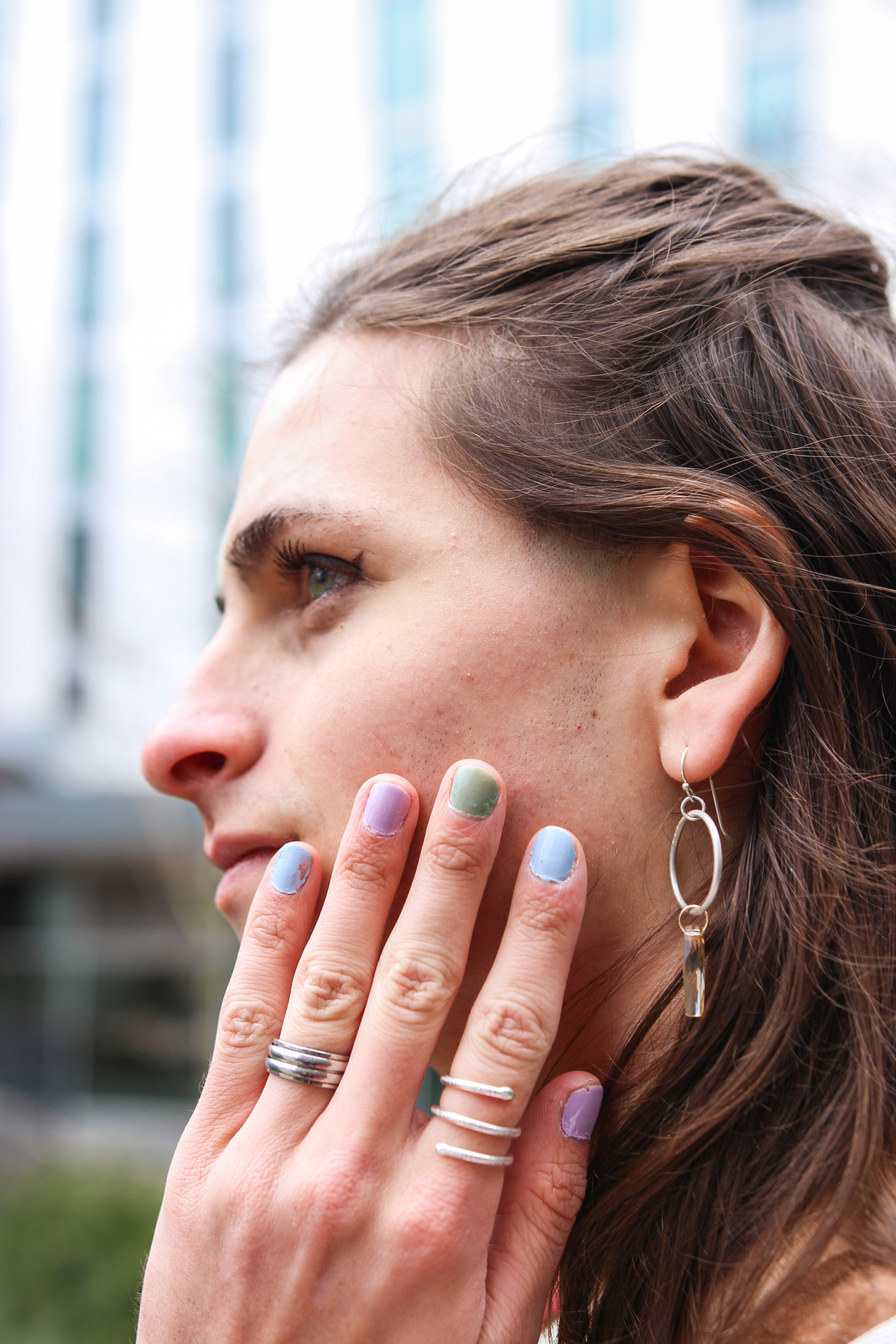 Wartelle only started really playing with their fashion in the past year as they’ve realized their gender identity and progressively accepted themselves for who they are.

“Now that I feel comfortable in my own body, I feel like I want to celebrate it and so, I want to make it look cute and make it look pretty and all that stuff,” they said. 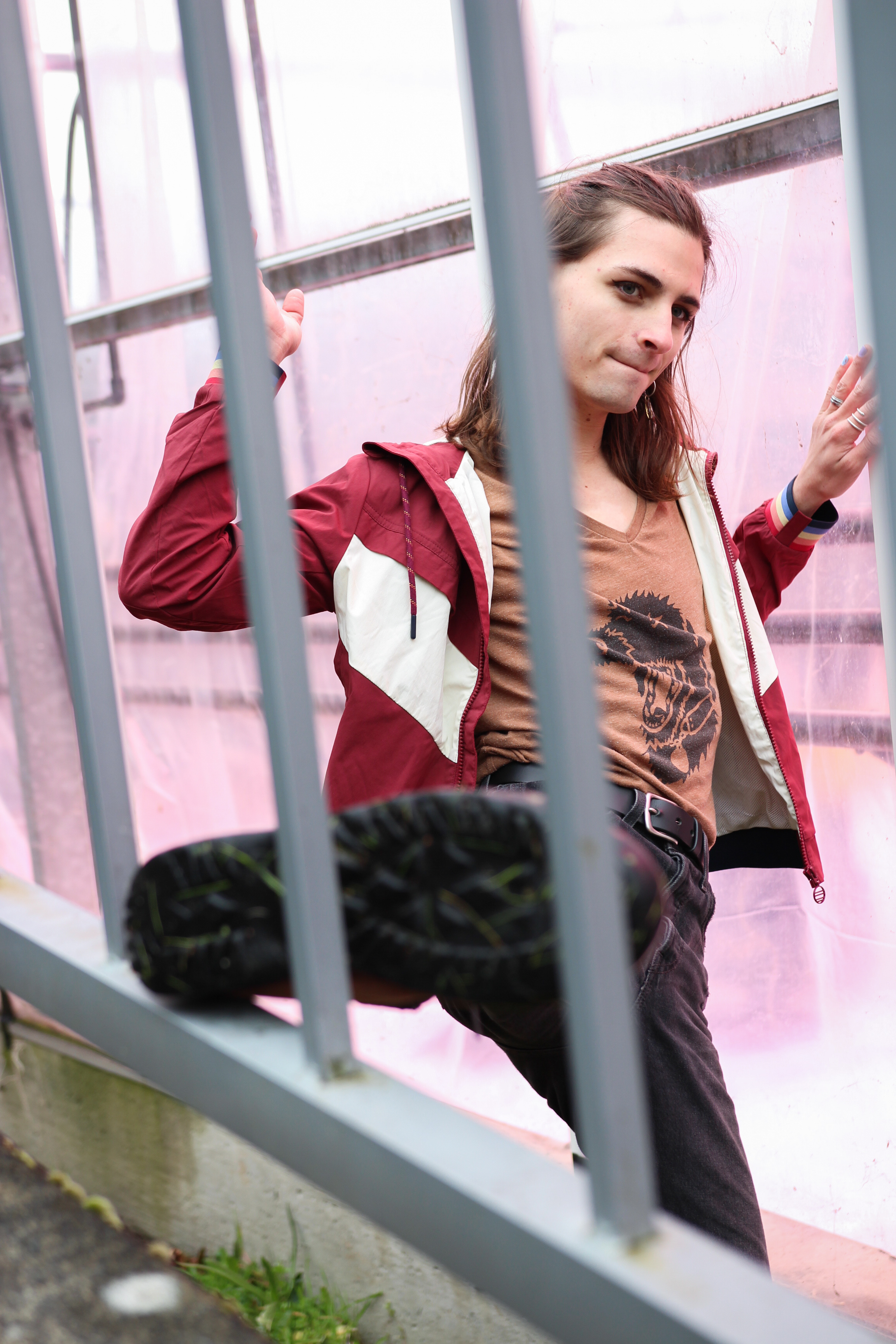 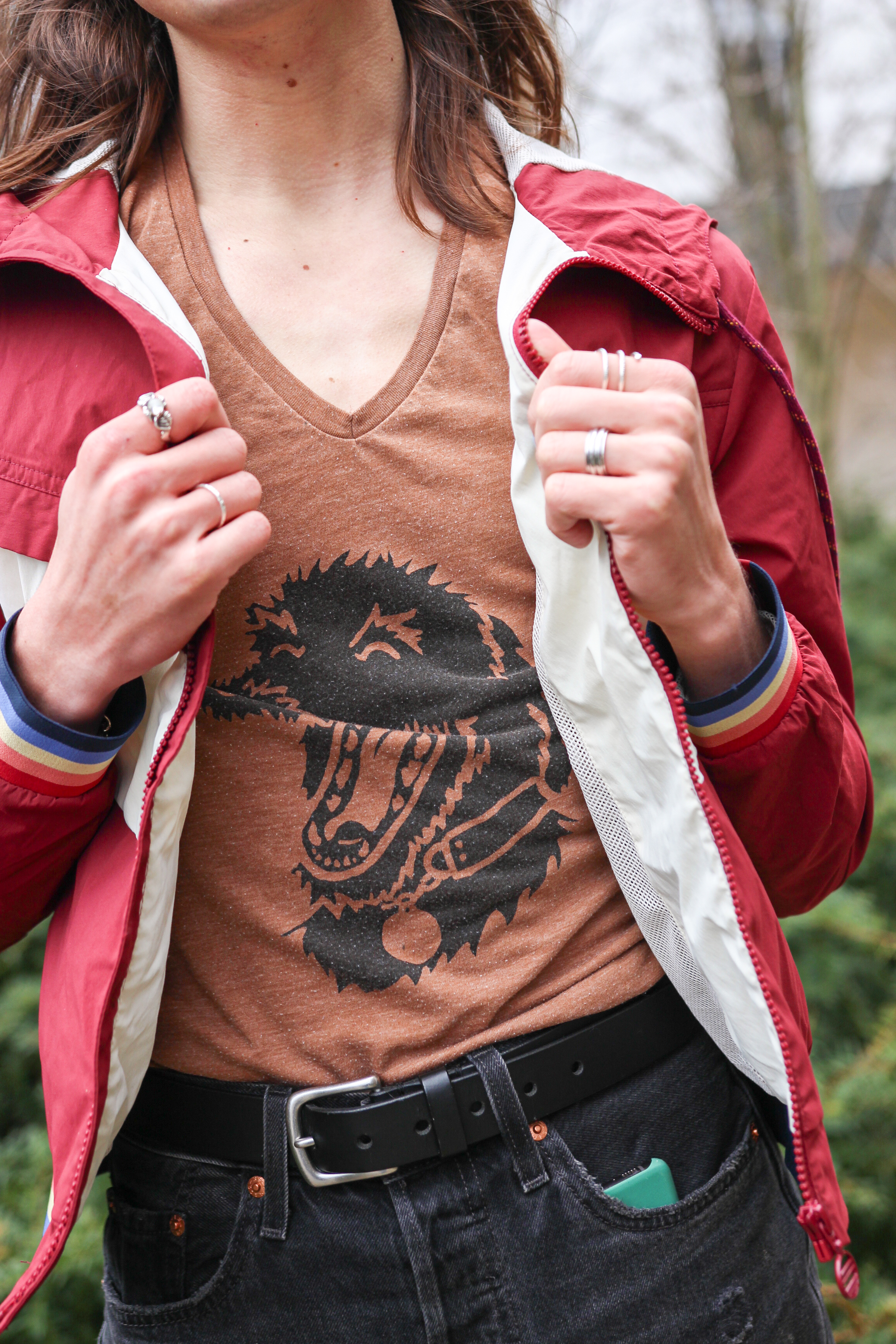 For Wartelle, wearing things that remind them of the people they’re closest to makes them feel good. Most of Wartelle’s jewelry is made by their mother and many of their clothes are hand-me-downs from friends.