Places to Go: Beijing fills the world and now a corner of my heart, too 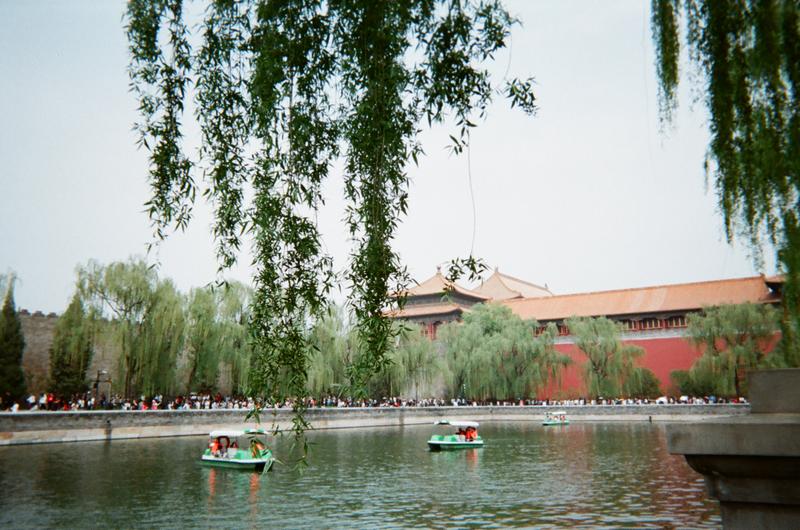 Each line we waited in as we moved through the former palace grounds and to the adjacent Zhongshan Park made me feel too tall and too warm to exist in this country at all. Moira Wyton

The previous semester — more of an academic and personal marathon than I had expected — had ended just 16 hours before my Trans-Pacific flight, leaving me no energy to contemplate China as more than a concept before I landed.

Beijing revealed itself slowly: rising through the smog the red sun of dawn creeping up through the haze and seeming to play hide and seek between the buildings, rose-tinted light rising higher and higher into the sky as we approached. Built in rings originating from the Forbidden City, the landscape grows more dense with each layer deeper you travel.

Three of us waded into a city thick with smog, humidity, cigarette smoke and bodies. I was immediately struck by the sheer volume of people, who seemed to appear out of nowhere — riding bikes, jockeying by us in the street, crowding on the sidewalks outside of the Forbidden City in a line I couldn’t be sure had an end. Here, personal space was even more scarce than a reprieve from the heat, and each line we waited in as we moved through the former palace grounds and to the adjacent Zhongshan Park made me feel too tall and too warm to exist in this country at all.

As we entered the park after paying a few kwai, parents lined a section of walkways next to the canal with written profiles of their sons and daughters for other parents to peruse should they feel a match could be made. China is more digitally advanced than Canada and most of the world — I felt like a luddite as I used cash to pay for our afternoon snack of spiced packaged sausages instead of WeChat pay on my phone — so it was strange to see what was essentially parent-controlled Tinder still in action. 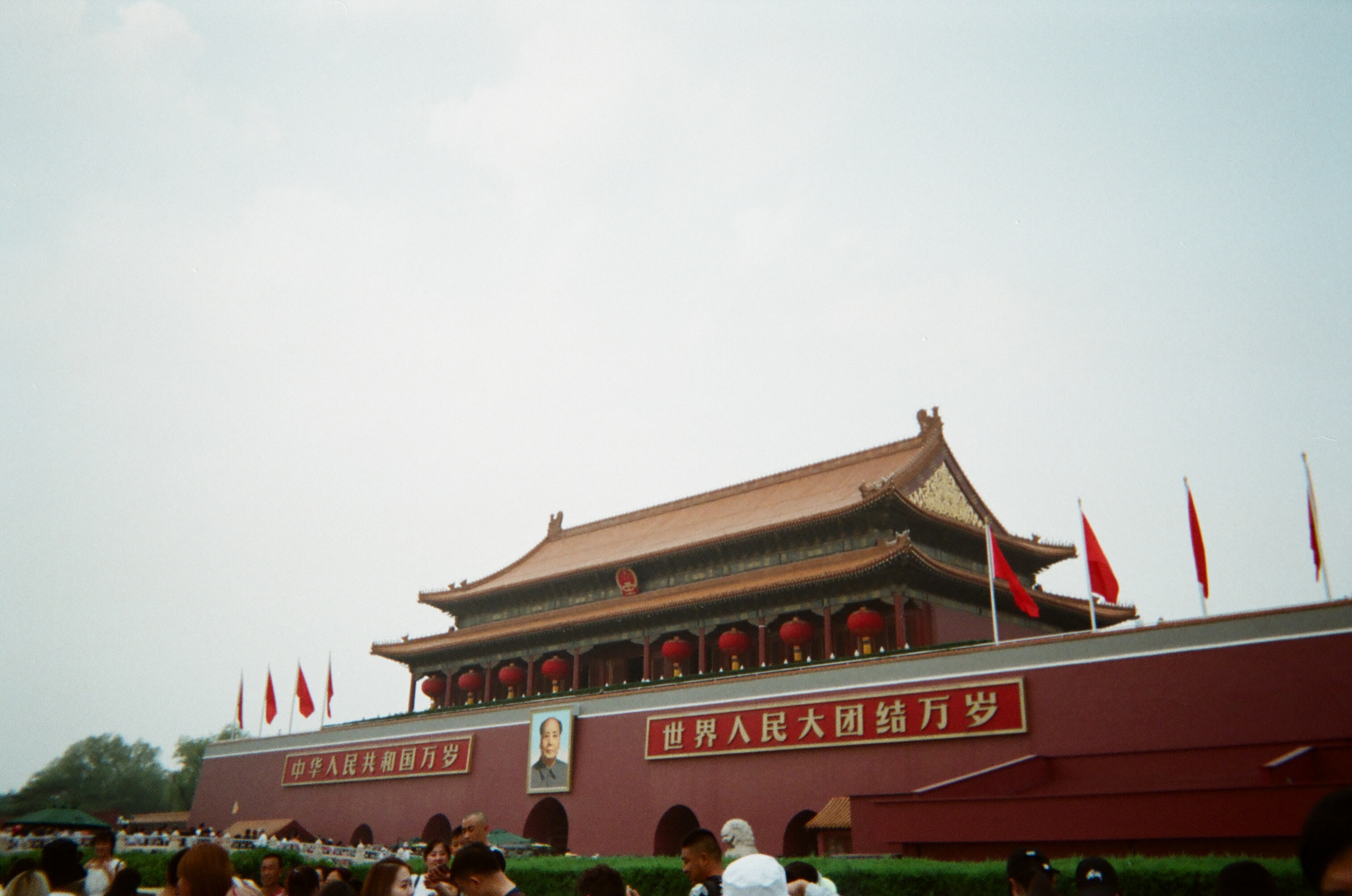 We crowded outside of the Forbidden City in a line I couldn’t be sure had an end. Moira Wyton

Tiananmen Square and the shadow of the massacre there loomed across the way from where we sat, nearly burning our tongues on hot peppers at lunch. All wide roads and grand monuments, the centre felt strangely like Washington, DC or the wide-set architecture of Place de la Concorde in Paris — both places I hold close to my heart. Everything was grand, but felt empty despite the throngs of people.

Later that day, after a nap that claimed one of my friends until the morning, two of us ventured to Great Leap Brewing for dinner: my friend, nostalgic for the Vancouver craft beer scene he was missing while here on exchange; me, just dying to eat something with enough iron to get me through the jet lag. We each had a beer, a burger and then another beer each, talking about people and problems we hadn’t shared in months. Our conversation felt like home as we sat among Chinese hipsters who didn’t seem much different than the crowds at our usual haunts in Vancouver. It was the first time I hadn’t felt like a foreigner since arriving.

The sentiment could not have changed more when I arrived the next day at a peak on the Mutianyu portion of the Great Wall, melted like the trail mix in my backpack midway through my hike to the nineteenth watchtower — five towers over from my starting point, and then 538 steep steps upwards. Dodging an overly friendly fellow hostel guest I had met on the bus, I walked alone for hours, tuning into nearby conversations in the languages I understood and making up my own for those I didn’t. Lush forest surrounded the Wall, offering a brief reprieve from the heavy smog of the city and lightening my heart as well as my lungs. 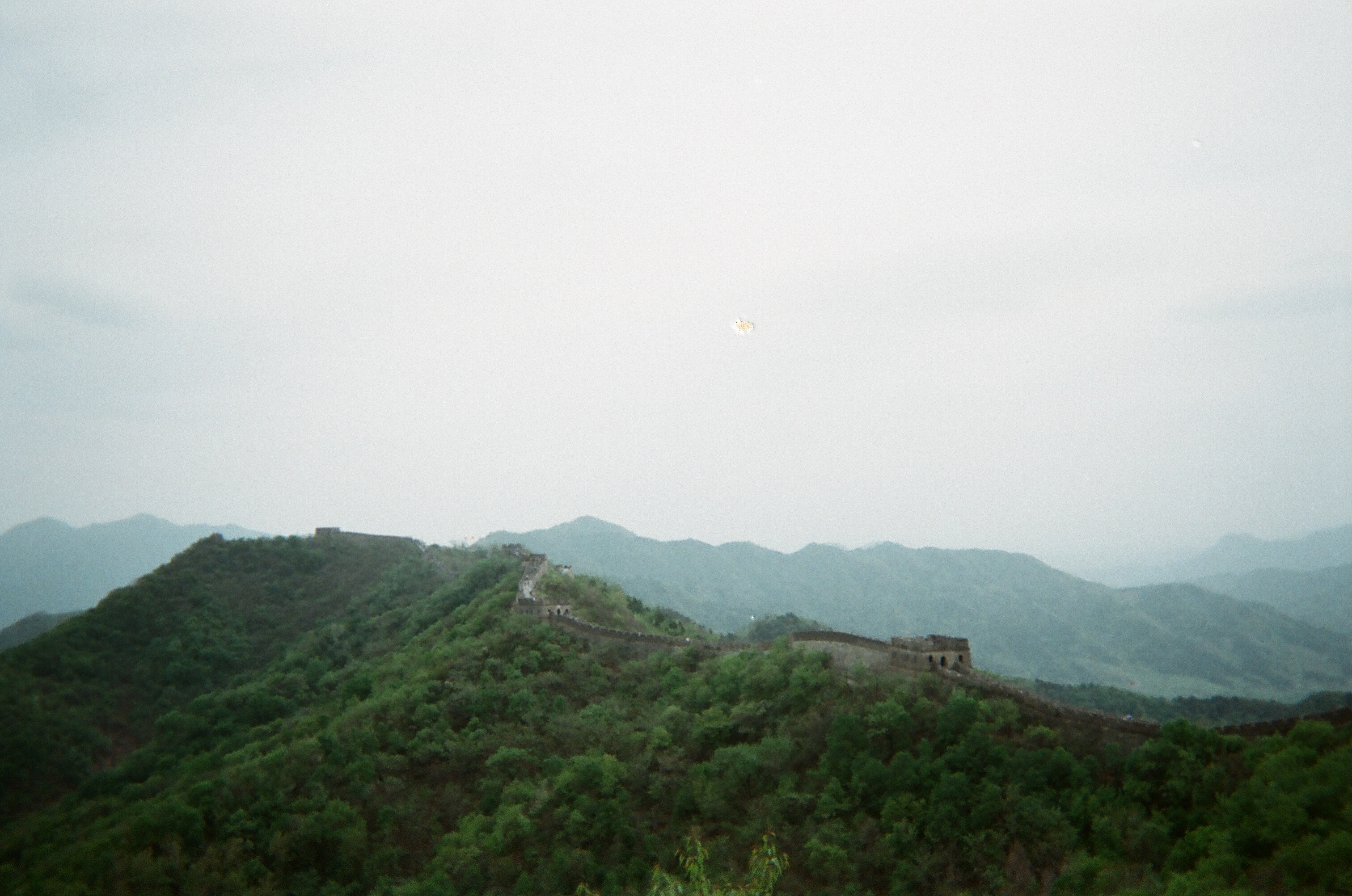 The wall snaked across the lush forest of the mountaintop. Moira Wyton

Winding down into the village at the base of the mountain for lunch, a string of unanswered texts from a former partner lit up my phone as my phone and my brain tuned back in. Like the sea of text — on signs, in books, on menus — that I could not read here, the messages seemed to ask me for something without saying anything. My country-based illiteracy opened up room in my brain I wasn’t sure I wanted at the moment, and I made the short-lived choice to fill it instead with trying to order my meal in Mandarin.

There’s a song called “One Night in Beijing” — it became somewhat of an anthem in later parts of my trip — which I think could have been written about my last evening in the city. Our group of three reunited over warm beef noodles in peanut sauce and beer, hopping to a cocktail bar which was hidden in a hutong — a narrow alleyway — before grabbing bike-share bicycles and pedaling through the district to yet another bar. The night had cooled, but the air was still thick on my face as we wove through traffic, avoiding the bar-goers who had spilled onto the street.

The bar we reached was inside a house with high ceilings and wide rafters — and as we took over the small loft and the Tsingtao bottles piled up, I couldn’t help but feel like I was being distilled in more than a physical sense by the evening. I struggled the most of the three of us to navigate the city in Mandarin, and my focus had shifted to only the bare minimum: my own needs, my own survival. It was difficult to focus on anything beyond this, to look past the crowds of people and to feel as though what I had left across the ocean was real in any sense.

It boggled my mind that Beijing did not fill the whole world, that the vibrancy of the street as we floated out of the bar left room for anything else to exist at all. As a silent man in a stylish felt bucket hat made me a jianbing — a thin scallion pancake filled with soy sauce, chili paste, egg, chicken and a thin cracker — and I said goodbye to my friends in the early hours of the morning, that street felt like the only one in the world. The city surrounded me so completely that I will be happy for any space Beijing opened up in my mind and heart to remain its own.