Places to Go: Unscheduling my emotions in Chennai, India 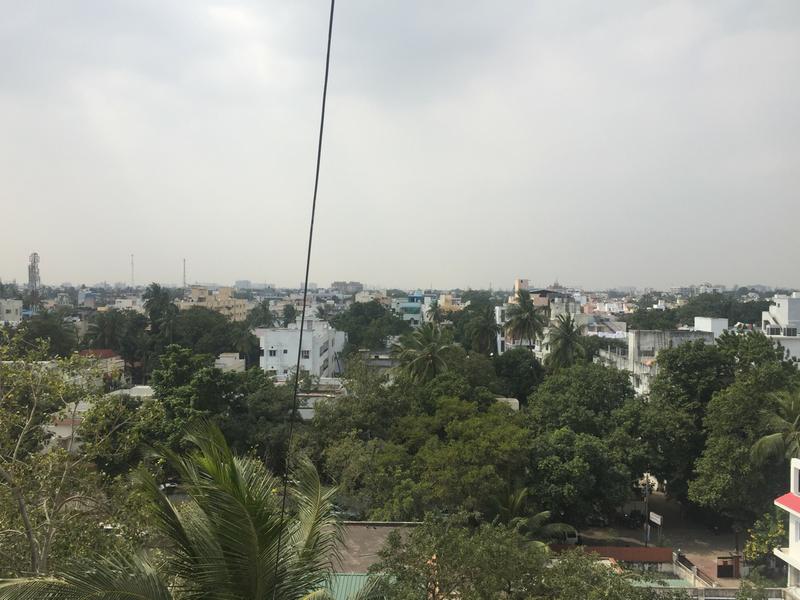 From my aunt’s balcony, Chennai was smoggy but warm and lush. Nivretta Thatra

Sometimes it is necessary to schedule an emotion — to set aside a personal sadness for after a professional meeting, or to save up celebratory joy for a birthday party. In a perhaps unconventional move, a partner and I decided to schedule a breakup, aiming to postpone our separation for a time when we both were prepared for it. No free falling into the abyss for us; our falling out would be soft and kind, as rich as the romance we had built.

We chose to part ways a few days before I left for Chennai, India. This was a trip I had anticipated for months. My cousin, a dear friend who shares quirks with me that only a blood relative can, was getting married. I knew I would have two weeks there to be swept into the throng. I would get to celebrate love in the heat of the city where I spent the first five years of my life, the city of spicy chutneys, thick lentil broths and papery rice dosas. I knew my ex would get to settle back into his routine in Vancouver, exploring his native place again without me. 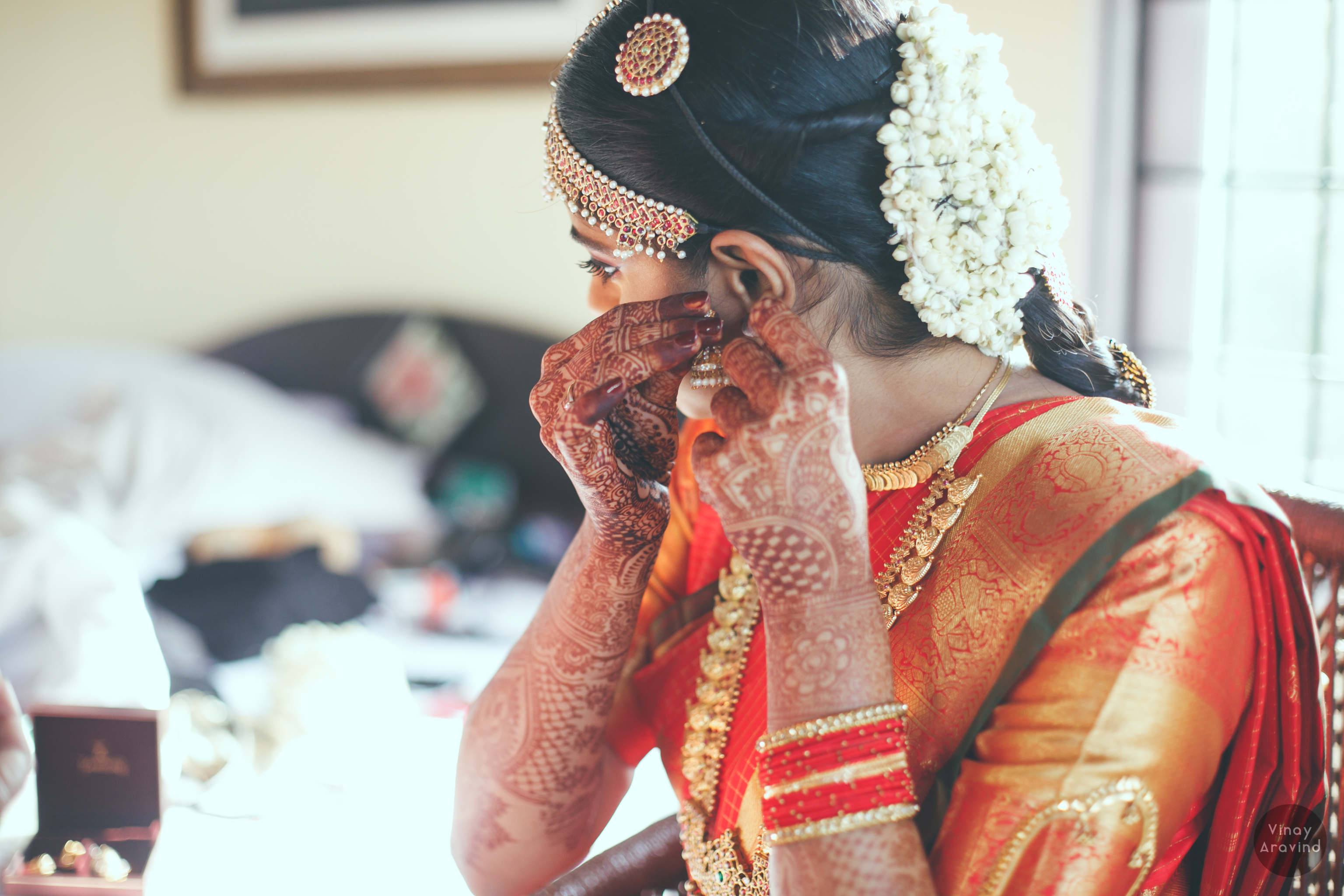 We helped my cousin adorn her hair with malligai – jasmine flowers. Vinay Aravind

Chennai in January was something of a dream — albeit a smoggy one — to fly into. Green deciduous trees swayed in the wind, parrots squawking in their branches. The sticky heat of the summer months — the kind that doesn’t fade no matter how many showers you take — was replaced instead with a consistently glowing, warm sun. In the evenings, the blue-tinted windows of my aunt’s balcony framed the congested roads below us while I ate my favourite buttery desert, adhirasam.

The city was friendlier, too, than in the summer. Indian flags lined the streets in anticipation of Republic Day, an annual celebration of the date on which the Constitution of India came into effect in 1950.

Gone was the uncomfortable climate that made people snippier with their words and service folks more desperate to meet their quotas. When my cell phone wouldn’t work at the Chennai airport, a lady with the same problem let me use her chauffeur’s cellphone to place my call. Later, the waitstaff of Adayar Ananda Bhavan arranged a table for all 23 of my family members, though none of us had placed a reservation. As we all zipped from grocery stores to tailor shops to relatives’ houses, preparing the necessities for the marriage ceremonies, our drivers were safe and efficient. And what a blessing that was — getting around Chennai’s winding roads without a car or an auto (a tuk-tuk) driver can be impossibly difficult for foreigners or for anyone in the midst of planning an elaborate affair like a wedding.

As I expected, my mental landscape was illuminated with the thrill of being an integral part of all the ceremonies for my cousin and her husband-to-be. Though the wedding itself technically was only two hours long, other traditions occupied an entire week. My cousin and I wrapped ourselves in saris made of synthetic materials for less formal events, saving the ones made of pure silk for the most formal gatherings. I teared up often, meeting my grandmother’s similarly wet eyes as we watched my cousin bustling around in her beautiful attire, and helped her adorn her hair with malligai — jasmine flowers.

In between the festivities, my nuclear family and I went shopping. In favour of a quick, no-nonsense trip, we didn’t visit bustling Pondy Bazaar in the T. Nagar district, where the small outdoor stands can take days to wander through. Instead, we went to Express Avenue, a multi-storied mall in Royapettah.

Noting the changes in salwaar-kameez fashion since we had last been to India, my mom and I bought ourselves loose palazzo pants to wear under flashy kurti tops. For our friends back in the States or Canada, we picked up handmade trinkets — wooden boxes and bowls, stone candle holders, cute little animal keychains. I found a wooden fidget spinner that would make my ex laugh; I swiftly bought four, telling myself he wasn’t the only one of my friends who would appreciate a silly toy to fiddle with. Like a righteous student squirming in her seat, I paced around the handicraft shop pondering why the transition from romance to friendship is always painted as a downturn.

In the same handicraft shop, my brother, 10 years younger and less prone to being inwardly waylaid, spent an hour marvelling at the gold plated Thanjavur paintings.

The venue for my cousin’s wedding delighted all of us. Close family members including myself arrived early and we instantly spread out, wandering the grounds with our phones to snap pictures of the elegantly decorated spaces. True, perhaps we should have set aside the technology in order to really take in what we saw, but the desire to save the images felt equally integral. 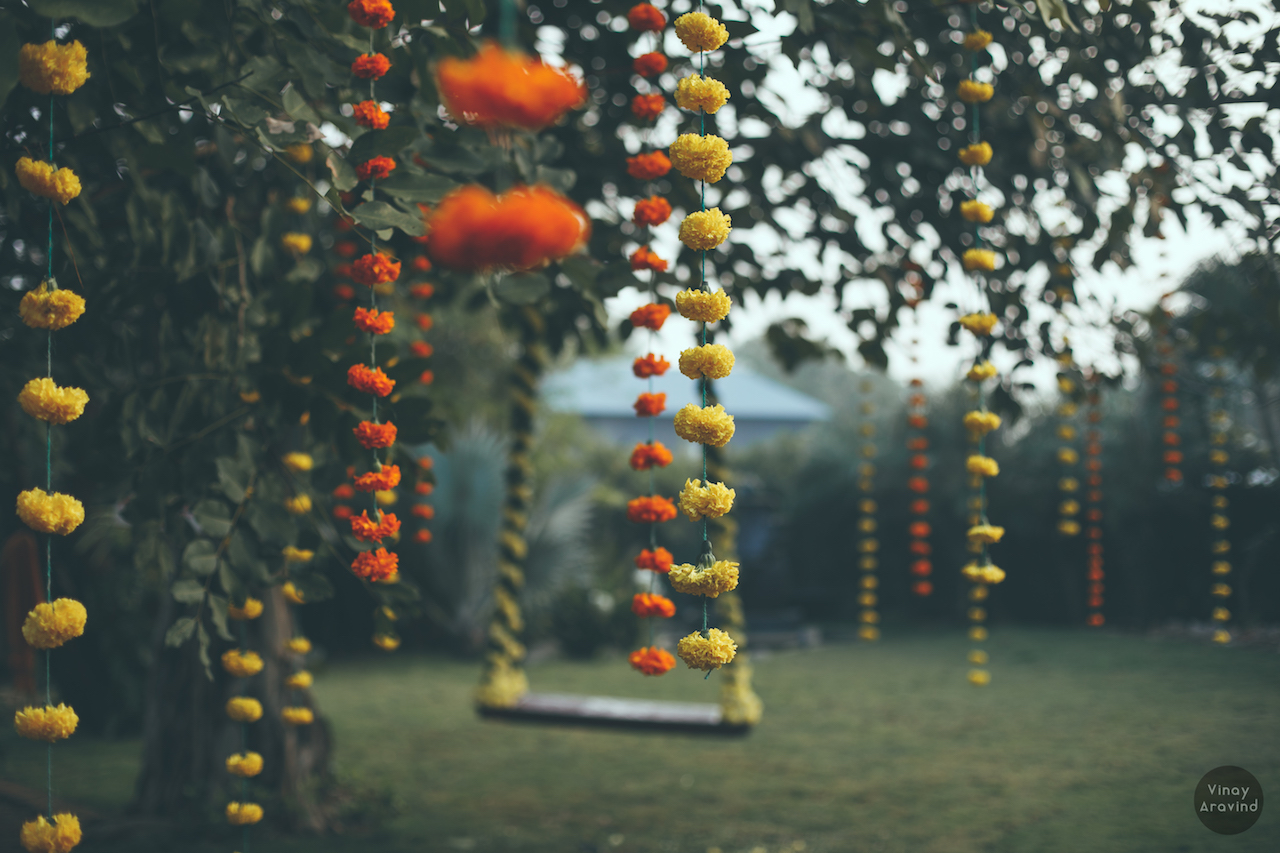 Everywhere my attention landed, there was a vibrancy that pulled me into the present. Vinay Aravind

Watching the wedding was a reflection of racing through Chennai; everywhere my attention landed, there was a vibrancy that pulled me into the present. In a red silk sari and white dhoti, heavy flower garlands weighting their necks, the bride and groom offered sacrifices of food and flowers into the holy fire. Our eyes blurred slightly with the smoke. Traditional carnatic musicians trumpeted loudly during key moments. Our ears tuned themselves to these time-honoured customs.

Pressed together, my family and friends were distilled into a conglomerate, simply wishing two people well.

Every time I go to India, I try so hard not to forget what happened, but it is all so constant and unpredictable. The time to leave always comes too quickly. When my cousin left for her honeymoon, I broke down. The smooth white stones underneath my feet on the balcony were dusty from the construction a block away. “Please close both the doors,” blared the elevator in the hall. My ex — a remembered intimacy, a specific ambient noise — was distant, as we both wanted. My eyes throbbed with the start of a sinus infection.

Below me, the bright lights of a nearby hotel announced someone else’s wedding. My phone buzzed.

“I miss you soooo much,” messaged my cousin, finding the immediacy that binds us when we are far. “I cried properly in the car and hotel. I was a mess.

“I think saying bye to you was the hardest.”