Places to Go: Falling in love with history in Northern Ireland 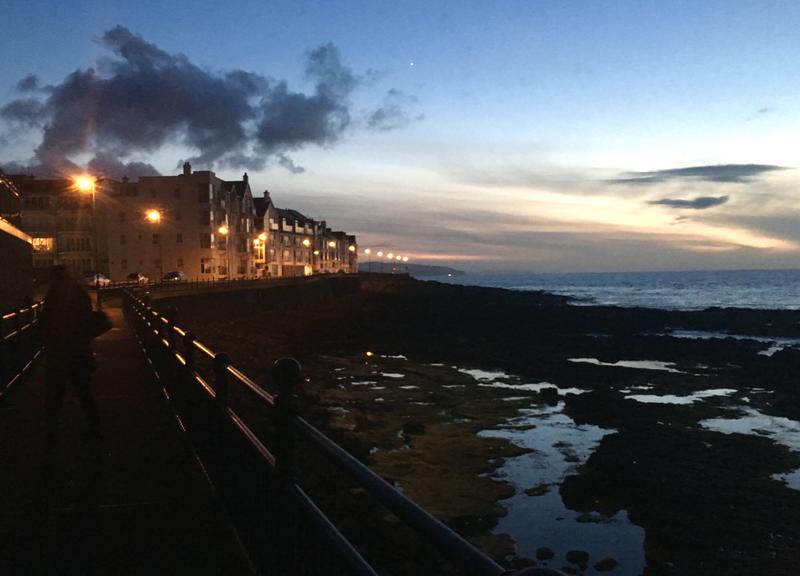 Portstewart is a town of contrasts — pastel houses and a promenade overlooking the sea, all perched atop the desolate, windswept cliffs of the Irish coast. Tara Osler

There is a certain indescribable aura surrounding Northern Ireland. It’s not undiscovered or particularly obscure, but there are so few tourists — and so little catering to them — that it feels like stepping back in time. Driving through the winding village roads, past white-washed houses and pubs with gilt-edged windows and the rolling hills covered in a patchwork quilt of rye and barley fields, it feels like an illustration from a child’s story book. There is beauty in Northern Ireland’s apparent simplicity.

As we sped down the A6, I felt strangely peaceful. After a second semester as difficult as mine was, one would probably assume I’d want to be on a beach somewhere, relaxing in the sun. But no, we were driving up to the cold, windy coast of the Emerald Isle, where the temperature remained below a chilly 12 degrees every day. I loved every minute of it.

Our first stop was the city of Derry, which is also called Londonderry depending on who you ask. This city was at the centre of Northern Ireland’s complicated political crisis during the latter half of the 20th century. Its dark history unfortunately precedes it: the name “Derry” conjures up memories of the Bloody Sunday Massacre, among other tragedies that befell this city. 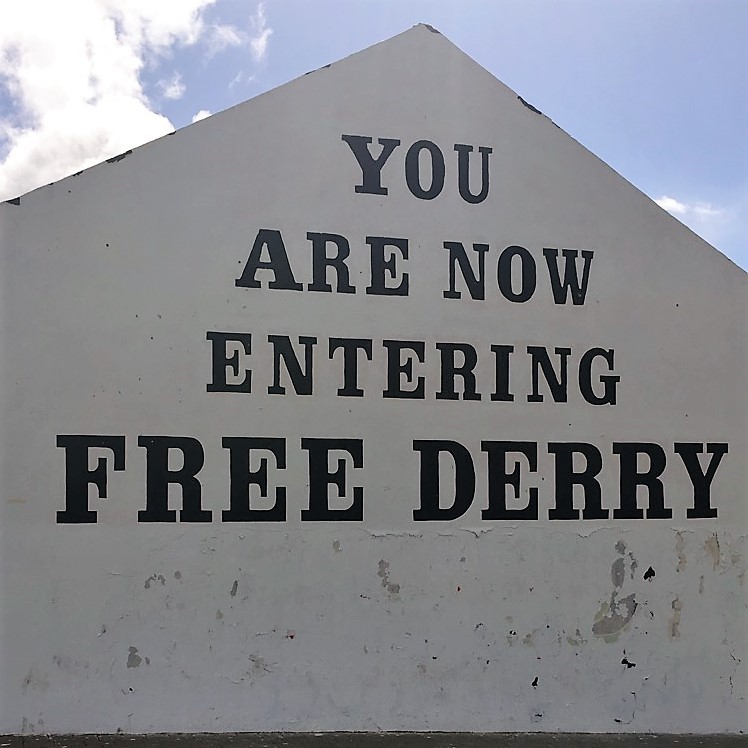 However, if I walked into Derry not knowing its bleak history, I’d never have guessed it. To say the city has recovered is an understatement. It is unspeakably beautiful. Wrapped in its stately stone walls, the city rises from the banks of the River Foyle, its winding medieval roads edged with whitewashed shopfronts and brick house that have stood at least a century. As we walked down the cobbled streets, the lilting laughter of the locals ringing in our ears and we marvelled at the simple beauty that continually defined Northern Ireland: grand monuments are few and far between, but its quaint, friendly atmosphere will surely amaze you.

It would be irresponsible to visit this city without a proper lesson on the past — but that may just be the historian in me talking. We took a walking tour of the city’s sites from a local gentleman who’d lived through its recent history. After a year of history lectures at school, you’d think I’d be bored of it, but I never could be. History made the walls of this city come alive — I felt like I was living it myself.

Our next stop was farther up the North coast, in the little town of Portstewart. Aside from Derry and Belfast, nowhere in Northern Ireland is really a “city” by Canadian standards — the countryside is dotted with countless charming villages and hamlets, and Portstewart is the most beautiful. It’s a town of contrasts — pastel houses and a promenade overlooking the sea, all perched atop the desolate, windswept cliffs of the Irish coast. Every time I left the bed and breakfast, I had to stop for a moment to admire the view. It was always bleak, the sky as grey as the sea below — but it was stunning nonetheless.

Northern Ireland’s coast is one of the isle’s hidden gems. Often shrouded in mist, it conceals a wealth of historical sites, many of which I didn’t even know were there until we drove into them. I suppose their lack of fame is due to the difficulty to reach them — the narrow cliff-top roads can spook even the most daring drivers, and the blinding rain and wind aren’t exactly inviting. However, for those intrepid souls brave enough to suffer the weather, there is a whole world to explore. 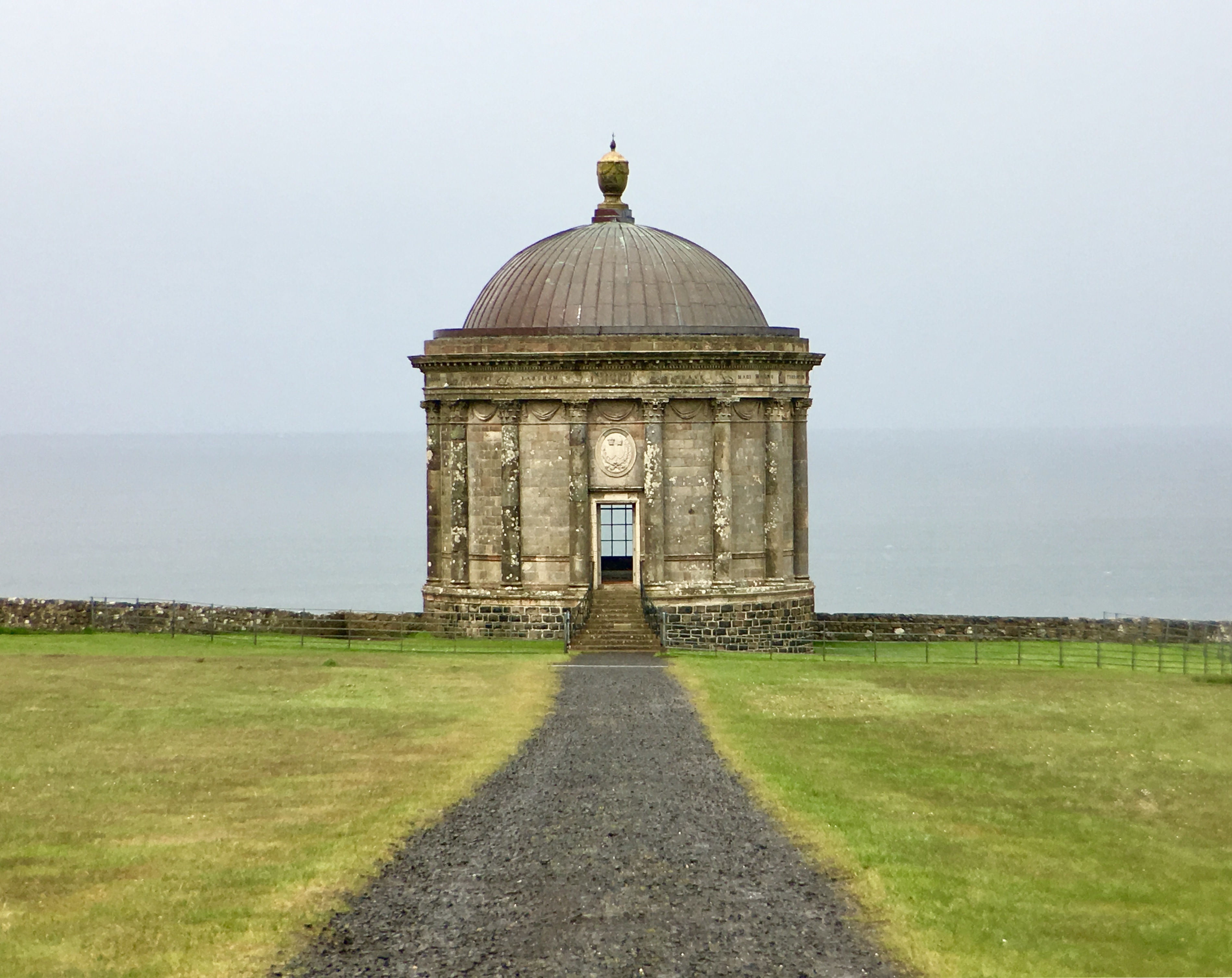 The Mussenden Temple stands on the edge of its cliff, appearing to be moments away from tumbling into the sea. Tara Osler

When I was little, I read a book that described ruins as “romantic,” and I couldn’t make sense of why. I couldn’t, that is, until I trekked across the tops of the cliffs of Downhill Demense. Out on the edge, hundreds of feet above the sea, sits an ancient Roman temple. Yes, you read that right. A Roman temple, built on a crumbling cliffside, on the coast of Northern Ireland. Like I said, there’s a whole different world out there.

The Mussenden Temple was built in 1785 by the Earl-Bishop of Bristol in memory of his beloved cousin, and modelled after the Temple of Vesta in Rome. It is empty now, but still stands on the edge of its cliff, appearing to be moments away from tumbling into the sea. In fact, the National Trust in recent years has been forced to artificially stabilize the cliff to prevent just that. Mussenden Temple represents the essence of Northern Ireland: it is startlingly beautiful in its strange, ancient way. Further along the coast one will find a host of Neolithic stone circles and ruined castles from every epoch of Irish history, each more photogenic than the last. However, the Mussenden Temple is the one that has stuck with me every since — its singularity among the various ruins of Northern Ireland makes it unforgettable. 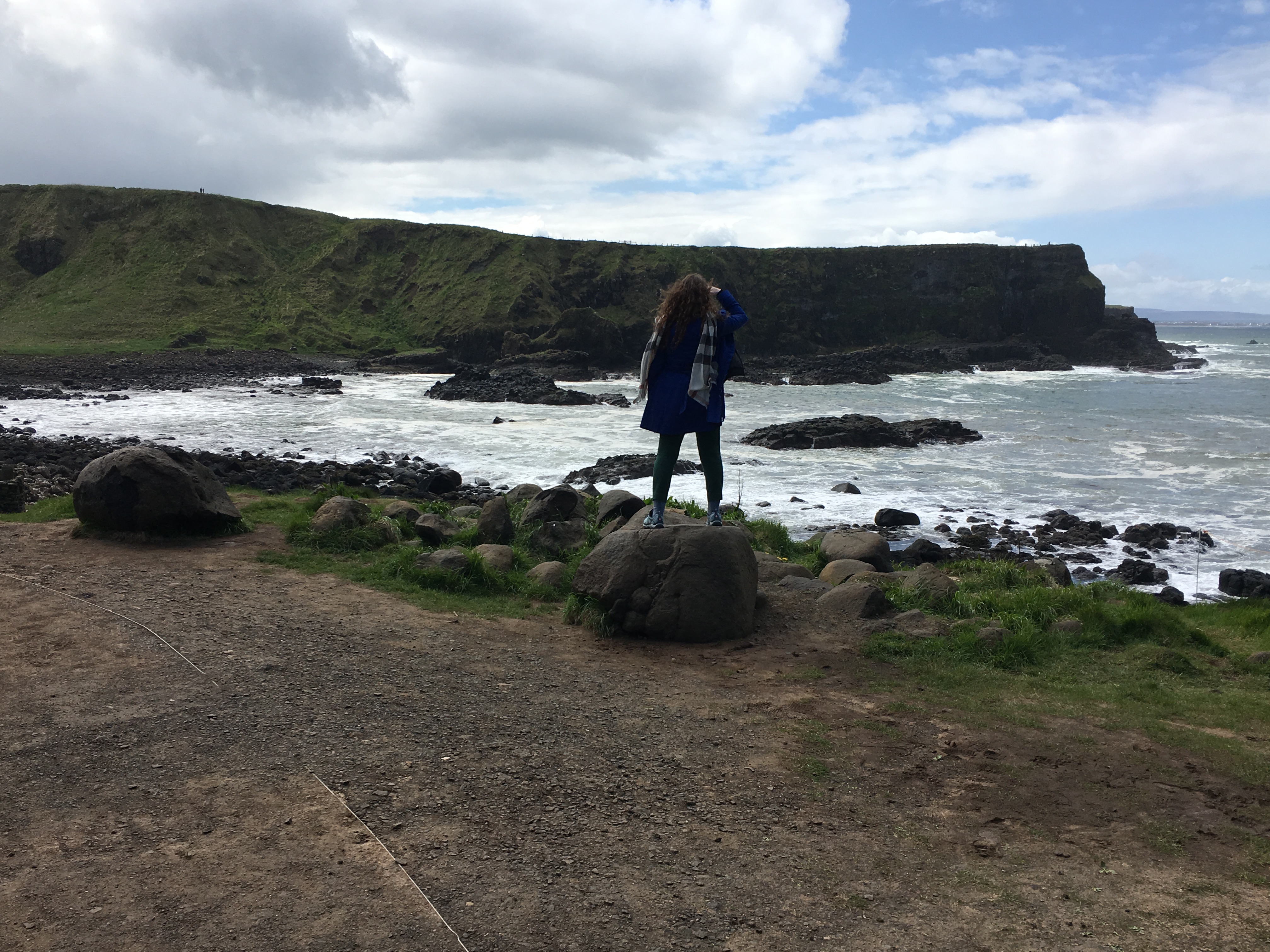 It’s hard for me to explain what Northern Ireland is like when people ask. I’ve spent a long time searching for the right words, but always seem to come up short. Saying it’s “good for history buffs,” or “chock-a-block with ruins” doesn’t seem very exciting, but then “desolate” and “windswept” aren’t exactly attractive.

The truth is, I can’t explain Northern Ireland. Even as I sat on the plane, jetting off to Iceland — why would I go home when I could traipse around another frozen island? — I felt forlorn, almost homesick for the place I’d only left minutes before. My time in Northern Ireland was steeped in history — every step I took felt like I was moving further back in time. Now, I’m starting to think there’s no better place to travel than into the past.