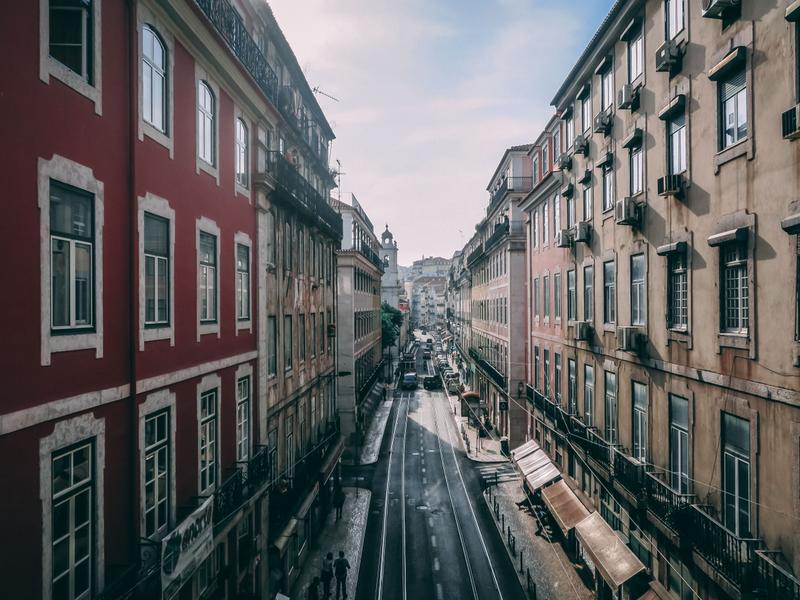 Late night arrivals are always brutal. After failing to get off at the correct train station, it was around 10 p.m. before we figured out how get back into central Lisbon. This was our second destination on our train hopping journey across Portugal that had started back in Faro and would end in Porto.

I had zero expectations of the country when I first landed in it — perhaps this turned out for the best as I was pleasantly surprised and immediately taken to the beauty of the place.

After leaving the metro, Google Maps said we were only 290 metres away from our hostel, but what was not so great was the 26 metre elevation gain — little did I know that the rest of our days in this town would be spent going up and down steep hills. Our adrenaline had finally run out by the time we hit our beds. We didn’t even mind the music bumping from the GSpot Party Hostel down the street.

The next day, we decided to put a pause on exploring the city and take a popular day trip with some other friends who happened to be in Lisbon as well. We all settled on something that none of us had done yet: visiting Sintra.

Just under thirty kilometers away from the capital was the lush and almost impossibly picturesque town. It is a tourist’s dream because it has so many sights concentrated in one area. With only a single day to spend here, we decided to check out Peña Palace and the Castle of the Moors.

At around 10 a.m. in the morning, Sintra was crawling with tourists all trying to get to the same destinations. The line for the buses up to Peña seemed never-ending. Luckily, a tuktuk driver happened to roll up, offering rides up to the palace. The cost for the five of us came to be the same as taking the bus — without second thoughts, the girls and I hopped in and zoomed past the long lineup, screaming and laughing as our driver raced the other tuktuks up the mountain.

Peña Palace looks as if it belongs in Disneyland with its mish-mash of architectural styles, brilliant colours and cartoonish details. Being here makes you think you’ve been dropped into some fairytale. It goes without saying that hours were spent taking pictures of each other with the beautiful backdrop. 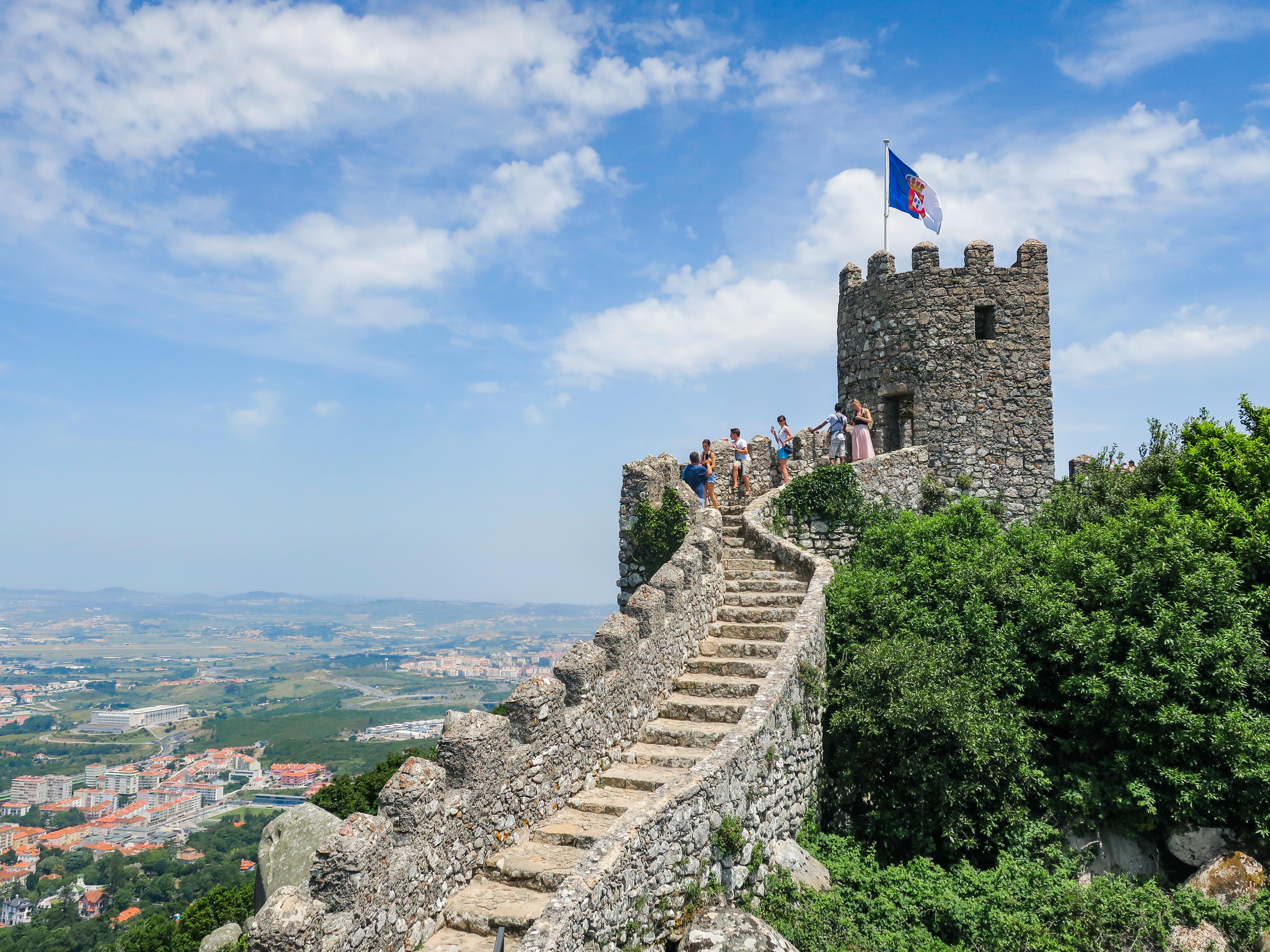 It was well into the afternoon by the time we got to the ruinous Castle of the Moors. Built by North African Moors between the eighth and tenth centuries, exploring the ancient ramparts and climbing the battlements transported us back in time. We were having so much fun going around that I almost didn’t notice the huge and angry sunburn that had developed on my shoulder. Almost.

Now for the actual city. Being students on a tight budget, we opted to take the free city tour offered by our hostel. Our guide was a short and bearded young local who was absolutely in love with his city. We started in Camoes Square, a popular meeting place for Lisboans (as proven by a protest and public rave that took place there during our stay), passed by the famed art deco Brasileira cafe frequented by artists and intellectuals of the early 20th century and took a peek into Livraria Bertrand, the oldest operating bookstore in the world. The bookstore especially made an English literature major like myself drool all over the place.

From there, we continued on around the city for three hours until we ended at Praça do Comércio, a grand square surrounded by a palace in an open U-shape, facing the Tagus River, where the wealth from Portugal’s colonies would be brought in. With a dramatic farewell, our enthusiastic guide sang to us in Portuguese with such tear jerking emotion that our group couldn’t help but throw money to him before we left. 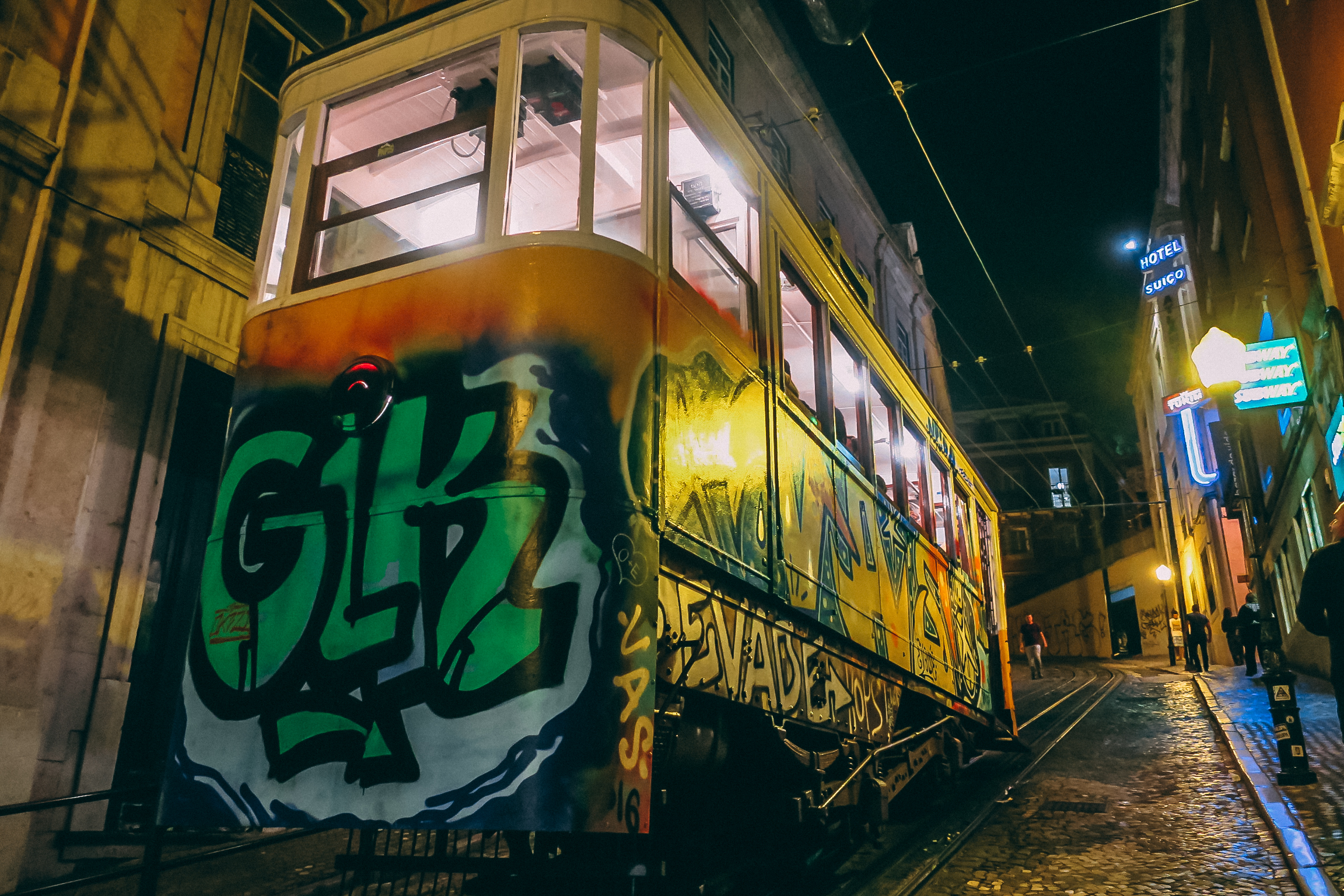 Cable and streetcars were everywhere to help us mount the steep inclines. Margarita de Guzman

My travelling partner also happened to have a cousin studying in Lisbon who — after giving me a double cheek-kiss greeting that I was not expecting — took us on a trolley ride out to Belém, a district of Lisbon a bit further out from the centre. Here we went to the ever-busy Pasteis de Belém to see if the Portuguese egg tart would live up to all its hype (the answer is yes). I also discovered that Lisbon looks a lot like San Francisco: the West coast vibe with plenty of waterfront, the crazy hills, cable and streetcars everywhere and the Ponte de 25 Abril bridge, which looks almost identical to the Golden Gate bridge. I definitely did a double take when I first saw it.

In the evening, we decided to find a fado club to hit up. Fado is the genre of intense and often sad traditional Portuguese song that sends shivers down my spine when I hear it. My friend suggested checking out Tasca do Chico, a hole-in-the-wall kind of place that she heard Anthony Bourdain rave about once.

We would have almost missed the indistinguishable green door that was the entrance to the bar were it not for the sweet song drifting out of the window and the small crowd gathered outside. Only when the set was over were we allowed in. The place was extremely cozy and after saying “excuse me” about twenty times, we finally reached the tiny bar. With a glass of white wine in my hands ten minutes later, the lights shut off save for a few red lanterns to set the mood.

This is the kind of place where magic is made from the contrast of grime and purity. I was squished up next to complete strangers, our body heat tangible in the air, but no one seemed to mind when we were rewarded with the raw beauty that left the fado singers’ mouth and the deft guitarists’ hands.

Cheap, cool and cultured, Lisbon joins the list of cities that have made me fall in love. Though not as mainstream a travel destination as London, Paris and Tokyo, something about it has captured my imagination. I now find myself oddly attached to this country which I once knew next to nothing about.