Places to Go: Madagascar is not just an animated movie with lemurs 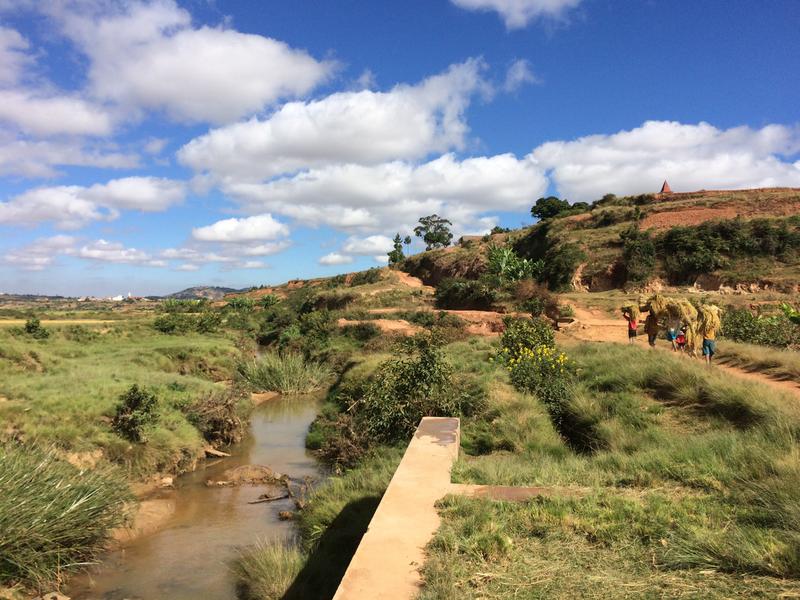 Tenaquip is nestled in the mountains of a village called Ambohiborosy, thirty kilometres from the capital city, Antananarivo. Kai Yang

Madagascar, nicknamed “l’île rouge” for the red mountains that fill its highland heart, is an island nation located off the southeast coast of Africa.

Possessing flora and fauna found nowhere else on earth, Madagascar has been referred to as the eighth continent in recognition of its rich biodiversity. The fourth largest island in the world, Madagascar’s varied landscape — which includes everything from mountains, rainforests to tropical beaches — is a sight to behold.

But if the Madagascar School Project hadn’t given a presentation about the school they’d built in Madagascar, I never would have signed up to volunteer in this wonderful country. The red island is a destination few have heard of and even fewer have visited.

After a political coup in 2012, Madagascar’s tourism industry declined. My forty day sojourn wasn’t struggle free — I got food poisoning, twice — but I never felt unsafe in Madagascar and will always cherish my memories of the Malagasy countryside with its rice fields, zebu cattle and banana trees. The Malagasy are kind and welcoming, eager to share their culture and learn about others.

In which other country would you be invited to attend a stranger’s funeral? As I was walking home from the funeral with Anna, a Malagasy teacher from the school where I volunteered, I asked her if she had known the man who passed away.

“No,” she replied. He had been related to one of the school’s guards.

I was surprised and asked why she had attended. School had been cancelled for the afternoon to allow teachers to attend the funeral.

I definitely felt a sense of fihavanana while volunteering at Sekoly Tenaquip. Teachers and students, eager to learn English, were always ready with a smile and positive attitude. Despite the barebones learning conditions — no internet or smart boards in sight — students diligently attended class each day, some walking for hours to arrive at school.

Tenaquip is nestled in the mountains of a village called Ambohiborosy, thirty kilometres from the capital city, Antananarivo. Driving to the capital, however, could take up to two hours on the bumpy dirt roads that snaked through the mountains. Each year, the countryside roads were destroyed by floods of the rainy season.

I lived in a solar powered volunteer house on the school campus. Alone. Well, alone if you don’t count the silverfish, spiders and cockroaches that shared the house with me. I got used to showering with long legged spiders crawling up the walls. Spiders were a fair tradeoff for not being eaten alive by mosquitoes each night — so effective were the spiders that I never needed a mosquito net to sleep.

During the school week, I ate lunch at the school cafeteria to better integrate myself in the community. The school provided students with lunch and for some, it was their only meal of the day. Rice was a big part of the Malagasy diet and could be eaten for all three meals — breakfast, lunch and dinner. Lunch consisted of two things: a big portion of rice and a smaller side of vegetables. There was also a cup of ranovola — burnt rice tea — which is a popular drink in Madagascar.

While burnt rice doesn’t sound appetizing, the tea itself is sweet and refreshing. Its deceptive appearance reminds me of the misconceptions against developing countries. There is a negative media portrayal of developing countries as dangerous, rife with crime and disease. When I visited Madagascar, however, I fell in love with its warm people, beautiful landscapes and unique culture.