Places to Go: Untethering myself in Portland 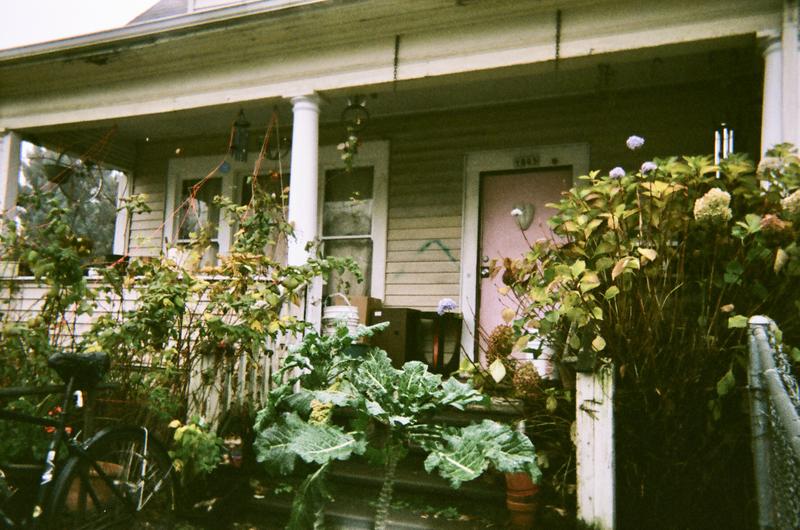 I found connection in places and with people that added spontaneous landmarks to the unfamiliar city. Moira Wyton

It’s not often there is nowhere you physically need to be. When December came, I was struck with the realization that my physical presence — at least beyond an out-of-office email reply and intermittent internet access — wasn’t needed by the work, school or personal ties that hold my heart tight in Vancouver.

Untethered, I meandered my way along the West Coast by train to Portland, a city universally mocked for its status as a hipster haven as much as Lower Mainlanders roast East Van. Instead of Portland trying hard to live up to these expectations, I found a city trying exactly hard enough to be itself. 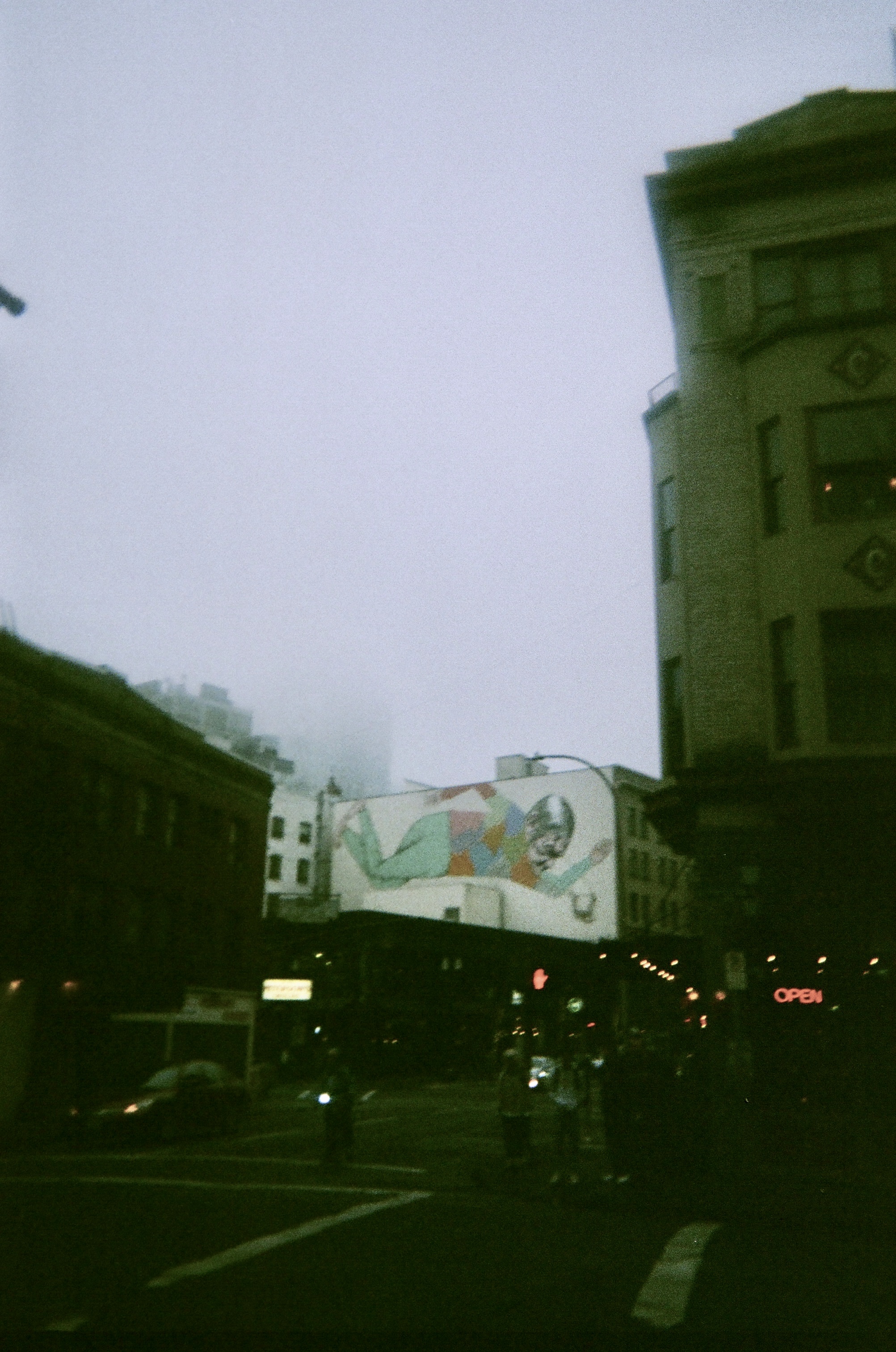 Veiled by a familiar rain, the parts of Portland I explored cleared my mind and my way as I made my way around the smaller, more condensed version of Vancouver. I was surprised to find that the Pearl District — home to Powell’s City of Books, Voodoo Donuts and other Portland landmarks — shone so brightly with very little pressure from its outer shell. Nothing in Portland seemed crowded — despite being out during the week, downtown felt empty. I wandered the streets, stopping in vintage stores, record shops and Stumptown Coffee, barely interacting with anyone else.

The solitude wasn’t lonely though — it was exactly what I sought at the tail-end of an intense semester where time alone was rare. Singular with my thoughts, my transit app and my camera in my hand, it was easy for Portland to become a backdrop for reflection on a year that had been unbearably difficult in parts and unknowably rewarding in most others. I revelled in the safety I felt being with my own thoughts and building my days to be exactly as I wanted them to be, two things that hadn’t always been as relaxing as I had hoped this year.

In spite of my solitude, I found connection in places and with people that added spontaneous landmarks to the unfamiliar city. An Uber pool ride led me to a trivia night hosted by my co-rider the following night with six of my fellow hostel guests; a dinner with my cousins before my trip led me to Bollywood Theatre to gorge on stuffed roti and watch old Bollywood films until the rain let-up, and a detour past the Roseland Theatre took me to the Shakey Graves concert there the following night. A graduate school application submitted in Albina Press the morning after I arrived got me a high-five from the barista and a free pour-over to replace the sleep I’d lost the night before. 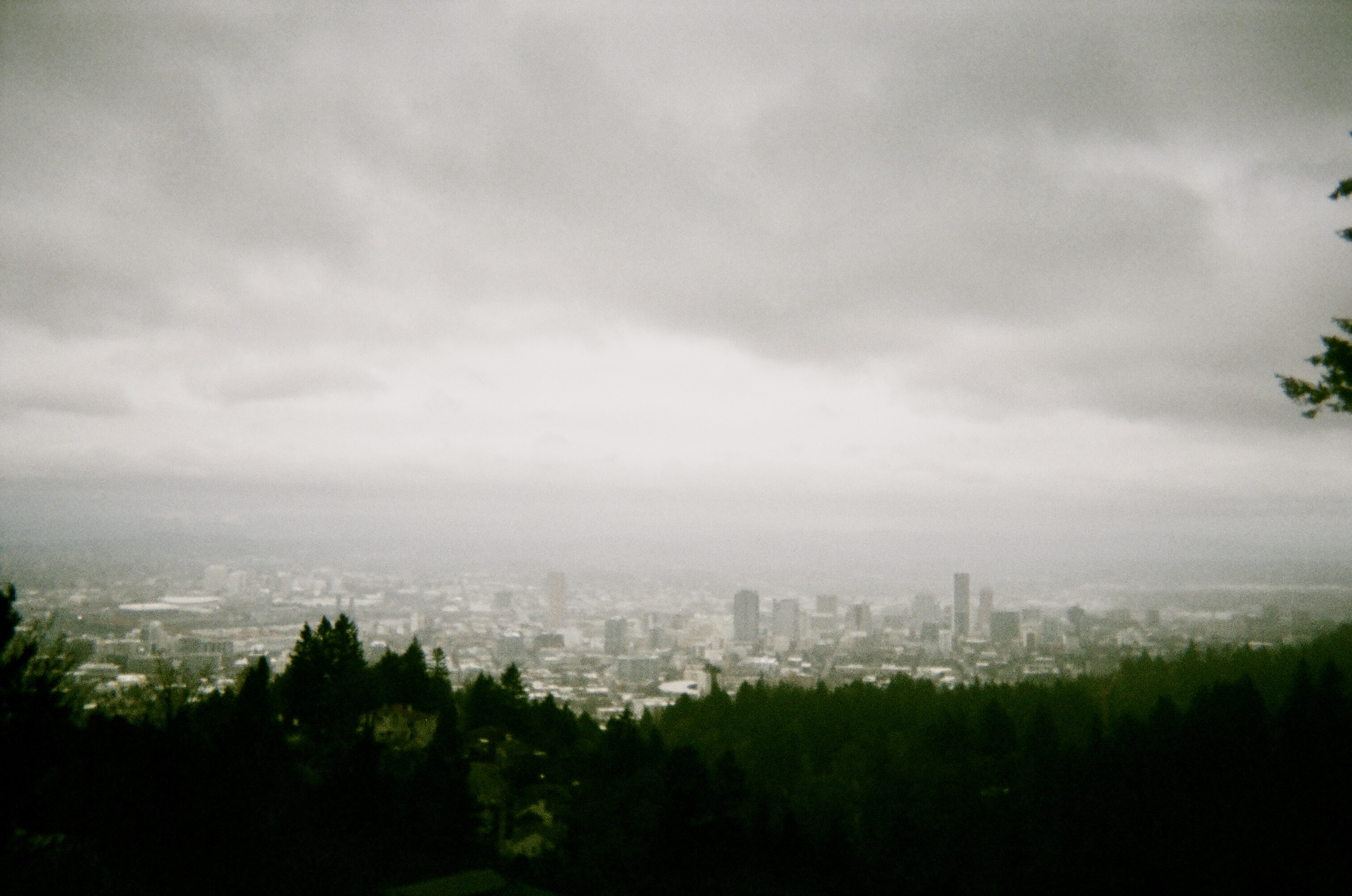 I was warmed by a constellation of connection that seemed to appear from behind the clouds covering the city. Moira Wyton

I was warmed by a constellation of connection that seemed to appear from behind the clouds covering the city. A hike through Forest Park and up the mountain to Pittock Mansion led me to what must be in the record book of creepiest foggy trails and my only glimpse of the sun my entire trip. Not to be defeated by the cold weather, an ice cream cone at Salt & Straw in the freezing, pouring rain chilled me to the bone until a meal at Tasty n’ Sons rekindled my blood circulation from my stomach outwards.

Nowhere I went did I ever feel as though Portland was trying too hard to be anything in particular. Rather, the people there seemed uniquely authentic and upfront about what they valued and what they didn’t — and there seemed to be very little time or space for anything other than that. I wedged myself into the city’s rainy rhythm, and Portlandia never prepared me for the place of reflection and disregard for what anyone thought that I would find.