Places to Go: San Juan is a cultural fortress no visitor could dream of cracking

The only bill we have is a fifty. It’s the only thing the dinky little ATM on the pier dispenses. The bartender looks at it, blinks and smiles at me. There’s no way he can break that.

“There’s only two kinds of people who have a $50 in San Juan. The ones who are leaving and the ones who are arriving,” he says as he pushes the bill back. “So which one are you?”

San Juan was built as a fortress. The ruins of old walls line its views of the Atlantic. On either side, massive forts peer over sunburnt tourists and annoyed locals getting cafe con leche in squares that could have been mistaken for Madrid or Lisbon. It’s a maze of blue cobblestone streets and colourfully painted houses — a mosaic throughout pools of sunlight and shade of the streets.

But even if Spanish is spoken, there are little reminders — a statue of Abe Lincoln or a rejected $50 — that remind you this is still America, if a forgotten corner of it.

Our group arrived at port in the early afternoon. Stepping out of the port, the nine of us meandered our way to our first stop: the Castillo de San Cristobal. In the mid-morning sun, its towering walls cascaded over the Plaza Colon below. Once inside, the fort’s halls and caverns allowed space to breathe, reflect and dive into the history-rich island we were so briefly visiting. 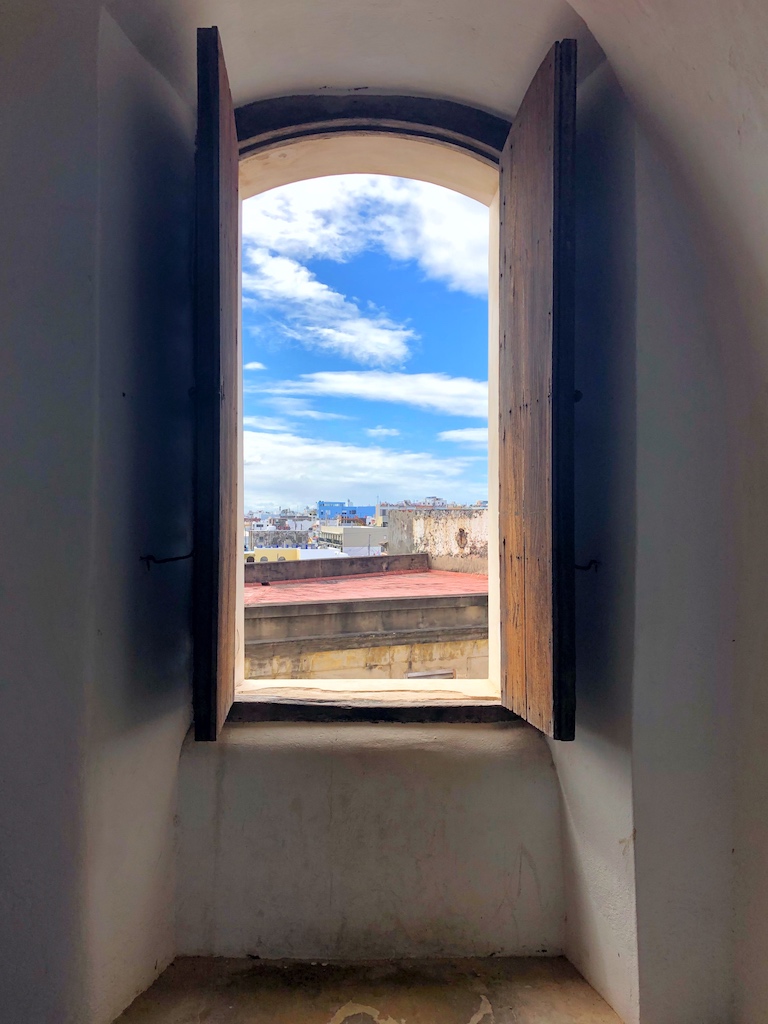 Through tunnels, sentry boxes and military quarters, each twist took us further out of the now and further into the past. Elizabeth Wang

Through tunnels, sentry boxes and military quarters, each twist took us further out of the now and further into the past. The forts detailed history was not only reflected in the historical signage throughout, but in the thick, archaic walls of the fort itself and in the historic Spanish “Cross of Burgundy” that flies above its plaza — albeit alongside Puerto Rican and American flags.

Perhaps most harrowing is that, through centuries of war, the fortress still stands as tall as the biggest European fortification in America. It was in use from the Spanish-American War through World War II. Sitting atop the forts walls in the observation area, it’s humbling to feel so small amidst both a bustling and a surviving remnant of our North American past.

Down amongst the dungeons, a ship illustration carved into the fort’s walls is pristinely preserved behind a wall of glass. It’s the awe-inspiring truth of San Castillo as it is today: you are within an arm’s length of history, being preserved meticulously after years of warfare.

As mid-day turned into late afternoon, we made our way back out of the catacombs of the fort and headed deeper into the city, engulfing ourselves into the waves of cars and pedestrians in the cities alleyways as we searched for local food. 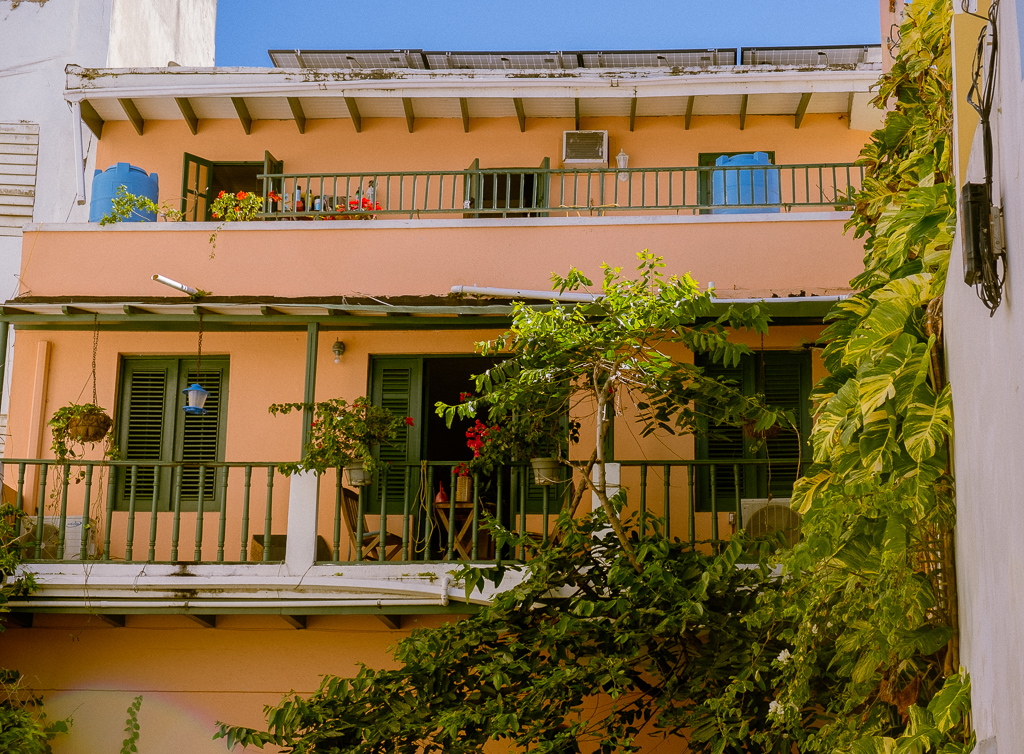 It feels like Madrid — but there’s something different here. Alex Nguyen

San Juan is a sea of colour. Pastel houses and rough cobblestone streets walked us down a slope and into a little hole-in-the-wall where we chowed down on tostones, tamales and croquettas, washed down with sangria, Presidentes and cafe con leche.

It feels like Madrid — but there’s something different here. A gallery filled with art celebrating Latino identities reminds us that this is not the continental US. Neighbourhoods outside the touristy centre don’t look or feel like the brochure, as parodies of Mastercard ads inked on the sides of buildings condemn the politics of the island.We settled down in a square — and as it got dark, a light show started showing the history of this island. The Spanish, Dutch, French and English all spent hundreds of years fighting for it. The colonial legacy of the city — the European architecture, the Latin feel and the US dollars — are everywhere. But it hasn’t succumbed to them. Instead, it feels like something of its own.

We spent the night stumbling down the blue streets. Our barista was right: we’re visitors here, neither fully coming or fully going. Tomorrow we’ll be somewhere else.