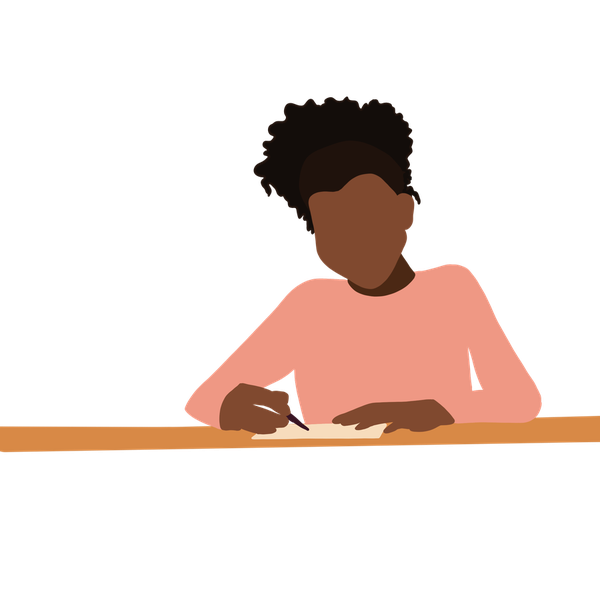 This led me to a shocking new reality — not all the communities I’m in are worth saving. Lua Presidio

There’s something about taking a step back from a situation that truly allows you to look at it from a different frame of mind. If there’s anything I’ve been given this past year — it’s perspective.

All the time I spent in social isolation gave me the time to process my relationship with my Blackness, it gave me the time to pick apart the comments that swirled in the back of my mind affecting me in ways I didn’t have time to comprehend. I think we all have them — those things people said to you that don’t quite sit right, but for your own sanity you attempt to let go.

‘Where’s the other one?’ (The other Black girl)

‘You’re the first Black girl I’ve dated — you should be honoured.’

Ingrained deep in a place in my brain that I can’t quite dig out is the belief that if I get angry, it’s unjustified — I’m just being ‘the angry Black woman’ stereotype. So I laugh it off. Shake it off. Shove that anger into a ‘don’t think about it’ zone.

I don’t quite know what caused the shift for me. Maybe it’s age — now in my fourth year at UBC, others’ perceptions of me just seem less important. Maybe it’s that being an upper-year student, I feel a responsibility to protect those coming after me from the same unspoken feelings of inadequacy that have haunted me throughout my undergraduate degree.

It wasn’t the black squares.

However it happened, last summer, I made a conscious choice to use that anger to fuel productivity and create safe spaces for myself and other Black people. There was just one problem — the whole global pandemic thing.

It seemed like everyone on social media was doing their part by going to protests and marches. If I were living by myself I probably would have done the same. The reality is, half of my household is considered high-risk. In my case, going to a Black Lives Matter protest put the lives that matter the most to me in danger. I felt guilty, like the work I was doing wasn’t enough. With the ‘performative’ word getting thrown around, I wondered if it applied to me. I, like many other Black students in the summer of 2020, found myself suddenly becoming an (unpaid) inclusivity consultant as clubs, faculties and companies frantically tried to create some proof they were anti-racist, by creating a statement standing with the BLM movement.

It seems like a simple enough task, but there were many mistakes I saw being replicated by multiple groups. Some groups were making statements supporting BLM without making any effort to support Black people in their clubs, faculties and companies. Others made statements supporting BLM without accounting for the way they upheld systemic racism or engaged in harmful practices. Some even made statements without acknowledging the absence of Black people in their organization. That in itself is a sign there’s something wrong. Mostly I found groups were making statements without outlining the ways that they planned to change to better support the Black community (most had no plans of actually changing).

This led me to a shocking new reality — not all the communities I’m in are worth saving.

Unfortunately, the most shocking of these was one that was close to my heart. A club that I had dedicated a full year to as a VP reached the pinnacle of laziness when it copied and pasted its statement from somewhere else. This led me to a shocking new reality — not all the communities I’m in are worth saving. Although I was no longer a VP, I offered myself to the president and the new executive team to talk them through creating a better statement. I steered them away from some pointless campaign (getting pictures of non-Black people holding up BLM signs without actually doing anything to support the Black community) and created an outline of an event they could do internally that would allow them to educate themselves on Black experiences.

But the time and emotional labour I put into helping develop this idea was in vain. They used the idea to have discussions on other marginalized groups, but not Black people. They held a fundraising event the same week they told me they didn’t have time to implement my idea, but none of the funds were raised for the benefit of Black people.

I love this group of people. This club had been like a second home to me, but one where my Blackness felt suppressed. I still have good friends from that group but I do not consider it a safe space for myself or other Black people.

Unfortunately, at UBC safe spaces are hard to come by. Is it worth the emotional labour to turn this space into a safe one? Not just for me, but for any other Black people who may one day join. At the time, I felt like my leaving was cowardly. Looking back, I realized that leaving meant I had enough emotional capacity to focus on the other spaces I was trying to create — the spaces that were willing to meet me halfway.

It’s hard to imagine a future where I don’t have to budget my emotional capacity to ensure I have enough left to deal with being the only Black person in ‘inclusive’ spaces. I’ve seen groups hiding behind the term BIPOC, using it to try to simulate diversity. I saw an Instagram highlight from a UBC club showcasing its BIPOC series, but none of the people featured were Black or Indigenous. I messaged them asking why they didn’t call it a POC series — it’s more accurate. They responded saying that they wanted it to be more inclusive, but no Indigenous people signed up. They then asked if I wanted to be included.

Using the term BIPOC doesn’t automatically sign you up for a one-way ticket to wokeness and inclusivity. The term BIPOC is not a bat signal for Black and Indigenous people. Expecting us to miraculously appear in spaces that haven’t been safe to us before without making an effort to reach out is just a way of hiding the oppressive systems that have always been there.

I found myself grappling with whether I wanted to reward their performative diversity by giving them actual diversity or let them continue and leave myself out of it. This is a tug of war that constantly occupies my mind, especially when I think about my future. I find myself scared to apply to grad school. Even though I’ve found programs that excite me, that I’m passionate about — I’ve also seen research on Black experiences not being done by Black researchers. Again, it seems selfish to look past this when I could ensure that a Black person has a say in research being done about the Black community. Logically, I know that having Black people in all fields within academia is important and valued.

Optimistically, I hope that these programs will make a greater effort to recruit and promote Black people who are passionate about research in the Black community. Realistically, I feel this won’t happen unless there are Black voices directly talking to people in positions of power.

At UBC, it seems all the Black spaces are created by Black women for Black people. Over the past few months I’ve loved seeing groups pop up, determined to start the difficult conversations within different faculties and programs at UBC about race. For me, it was FABIPOC (Fine Arts for Black Indigenous People of Colour) that gave me an outlet to approach the department of Theatre and Film about necessary changes. I was surprised with the abundance of support from my fellow students and from alumni. It’s student-led initiatives like FABIPOC that work to demand systemic change, that protect minority students from having their experiences silenced. It’s slow work.

I’ve been accused of going on a witch hunt, had staff members say I’m just making noise ‘because I’m bored’ and have heard whispers of white department heads say how difficult it is for them to learn about their own privilege. Thanks to the encouragement of students and alumni around me, I’ve found a space to process safely, then when I’m ready, keep going. Although I’m happy where I am, seven months in I’ve started to think about how I’ll know when I can stop.

Creating safe spaces hasn’t started with me, and won’t end with me. But, how can I trust myself and those around me to take on the baton and continue this work?

When will I know it’s time?