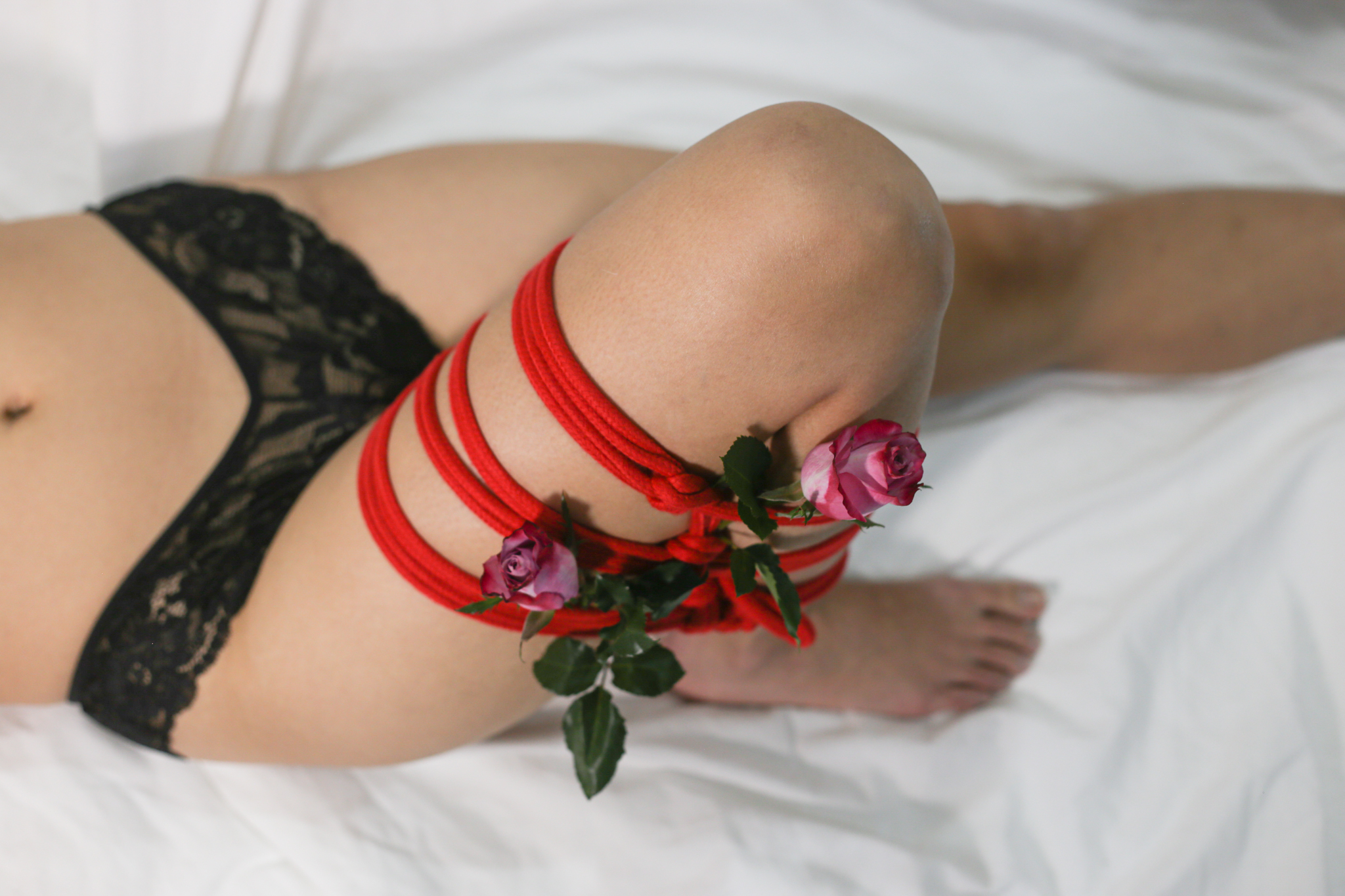 No private jets or unlimited bank accounts. Being a sugar baby is not what you think.

Seeking Arrangements claims that sugar daddies can help students manage their finances while elevating their lifestyle above that of a typical university student although many babies don't solely rely on sugaring for their income.

Content warning: this article mentions sexual assault and the use of GHB

Eighteen-year-old Michelle Lee was nervous about her first sugar date. She had just moved out from her parents house and was learning to navigate the world on her own. Arriving at her sugar daddy's house, she told herself she would be okay despite the safety risks. She had been thinking about doing this for months.

“‘It’s basically like Tinder,’” she told herself on the way to the date. “Meeting someone online is not uncommon.”

She reminded herself that people always worry about safety when meeting a stranger from the internet. She wasn’t worried because of the age gap, although she knew her parents would be. She was only concerned with meeting a stranger.

Once Lee talked to the guy for a while, she stopped being nervous. He seemed harmless so she started to relax.

Now 19, the second-year art student looks back on her first arrangement with no regrets. Lee continued to see him for a few months.

She worked through Seeking Arrangements, a sugar baby site, commonly referred to as Seeking. A sugar baby is someone, typically a young person, who goes on dates in exchange for money, gifts, mentorship or travel. Wealthy sugar daddies hire sugar babies for these dates. Lee’s age range on Seeking went up to 60. These arrangements are typically referred to as sugar dating or sugaring.

“I always heard stories from friends or a YouTuber that I like would make storytimes about [sugaring] and it was always interesting to me, and I want[ed] to see what it was about,” she said.

Lee created her Seeking Arrangements account in 2019 during her last year of high school but didn’t start actively using it until her first year at UBC. She waited until university so that she didn’t have to tell her parents about being a sugar baby as she did not want to sneak around.

“I'm not gonna tell [my parents], but if they find out, it is what it is,” said Lee. When first getting into sugaring she was more worried about her parents finding out. But now it seems normal to her.

Lee is far from the only UBC student to give it a try. According to Seeking Arrangements, 71 UBC students used the app in 2020. This places the school 17th out of all Canadian schools for users.

“I think a lot of people are against [sugaring] because they think it's on the verge of [sex work] probably. You could argue that to some extent but even [sex work] should be normalized. There's nothing wrong with that either,” said Lee.

Lee is currently taking a break from Seeking Arrangements because she’s in a relationship.

“The person I’m currently with, he definitely thought [sugaring] was the worst thing anyone could do,” she said.

When he told Lee that no self-respecting woman should be a sugar baby, she just nodded along with him. She just didn’t want the conflict. She thought there was no point in arguing with him.

“What I realize from talking to [him] is that it's pretty much impossible if you already think that way, you can't really change the way they feel ... Just giving my one perspective to them is not going to change their worldview about doing [this type of work], which is unfortunate,” said Lee.

Lee thinks his views are old-fashioned and reflective of older generations’ views on sugaring. She thinks that if you’re okay with Tinder, you should be okay with Seeking Arrangements.

She said if she viewed the relationship as long-term she would have been more bothered by his comments. Lee doesn’t think she could be with someone who isn’t accepting for the for the long-haul.

“You shouldn't differentiate [between Tinder and Seeking] just because one is more stigmatized than the other. They’re really the same thing,” said Lee.

But the stakes can feel higher in sugar daddy situations because of the financial impact. Ella, whose name has been changed to protect her identity, told Kwantlen Polytechnic’s The Runner she started selling her nudes to a man for $100 a photo. He had contacted her via Bandcamp, an online site where Ella’s band sells their music. Over time she became uncomfortable so she stopped, although he kept asking. One of Ella’s friends was struggling to pay for groceries so she decided to see if she could sell him another photo, he offered her $30. She turned him down. Ella hasn’t participated in any sugar dating since.

While Lee isn’t currently active on Seeking Arrangements, her less experienced friends still come to her for advice. Lee tells her friends never to give out their bank information and avoid PayPal or any online transferring services. Lee only accepted cash because even an e-Transfer exposes their email address which could reveal their true identity — Lee warns against using a real name.

Although she’s aware of the safety concerns of sugaring and risks of scamming, she's actually never had a bad experience or been scammed.

“A Splenda daddy is someone who poses as a guy who is successful financially, in a position of power and seniority. He’s not, unfortunately, and he’s kind of a time-waster,” Jasmine, a Vancouver-based sugar baby whose name has been changed, told The Runner.

“For every five or six guys you meet,there’s probably one actual real sugar daddy that comes out of it,” said Jasmine.

According to Seeking Arrangements, the current average monthly allowance for babies is $2,400 per month, which is $28,800 a year. That means most sugar babies make less than minimum wage. Seeking Arrangements boasts that this comes among other benefits like luxury gifts, travelling and mentorship but Lee says arrangements like that are rare. She doesn’t know anyone with one.

“That's most people's ideal [for sugaring], living that luxury life for free, but it's really a lot less than that,” said Lee.

Seeking Arrangements claims that sugar daddies can help students manage their finances while elevating their lifestyle above that of a typical university student although many babies don't solely rely on sugaring for their income. Liz, a student at Simon Fraser University whose name has been changed, told The Runner that she had a part-time job and parental support when she started to sugar.

There are many different types of arrangements, some are pay-per-month some are pay-per-date. Lee prefers pay-per-date arrangements as pay-per-month is too much commitment for her. She averages $400–500 per date depending on the type of date. Lee claims that she has a higher rate because she is open to having sex. Her friends who don’t sleep with sugar daddies average $100–200 per date.

Violet, a 23-year-old sugar baby at Kwantlen who spoke to The Runner using a pseudonym, usually charges her 10–15 rotating sugar daddies $500–700 depending on the length and expectation of the date. Violet loves being a sugar baby but her experience hasn’t always been positive.

“Once I took GHB and woke up and my date wasn’t there. I’ve been threatened,” said Violet. GHB, a common date-rape drug, is a colourless and odourless substance that may cause a tranquilized effect or amnesia.

“A lot of sugar babies get into it and can’t do it without the help of a substance ... It’s when reality sets in and you look up and there’s some fat hairy dude there, it can make you question your worth, but for me it never really does. I think it’s making me appreciate other people’s bodies,” said Violet.

“On a normal date with someone online most of the time you’re eventually, probably, going to sleep with them. It's really not that different except this time you’re profiting off of what you’re doing anyway. In that sense, it is very empowering,” said Lee.

The last time Lee was active on the site — a few months ago before the current public health restrictions — things were business as usual. Lee said she was mostly seeing her regulars during the pandemic, although the guys that were messaging her still seemed open to meet and were unconcerned with the pandemic despite public health advice.

“I don’t think the pandemic really affected anything in my experience, [such as] how many people were reaching out, or what their arrangement type was which was pretty surprising,” said Lee.

Although the pandemic didn’t affect Lee’s Seeking Arrangements experience, there is a noticeable drop in the number of active sugar baby accounts at UBC. In 2019, UBC was ranked seventh by Seeking Arrangements for Canadian universities with the most sugar babies, with 359 members from UBC. At the end of 2020, there were only 71 members.

While Seeking Arrangements boasts that the majority of its sugar babies are students, there seems to be an overall drop in student usage throughout Canada. Between 2019 and 2020 the University of Toronto dropped from 1170 to 257. At York University, 836 to 141.

The drop in sugar babies may be due to the pandemic. Potential sugar babies may not know how to navigate their priorities with the public health crisis, so they don’t want to waste their time, said Taylor B. Jones, author of The Sugar Daddy Formula. This may cause sugar babies to take a step back.

“During this time, one might think [sugaring] would be difficult. But actually, in reality, it’s not because we have something that we didn’t have before, which is time. And that allows someone to nurture relationships, and it actually puts [sugar babies] in a better position,” said Jones.

While one may think they’ve lost the perks of being a sugar baby such as nice clothes and expensive dinners, according to Jones, you can still get a sugar daddy to buy you a nice outfit for virtual dates and order in Uber eats.

“This is actually the perfect time to go all in to nurture relationships and build these connections. It’s actually a goldmine for the 71 [UBC sugar babies who] know how to leverage the dating site to their advantage,” she said.

Lee is surprised the numbers have dropped as she feels sugaring has become increasingly normalized through apps such as TikTok. Although she does understand why some may have dropped off due to not wanting to risk meeting people in the current health crisis and some students moving back home, others may feel similar to Lee.

During the pandemic, housing has become an increased concern for some students with residence closures. Sugar daddies can help provide some financial support along with mentorship, wrote Seeking Arrangements in a press release.

“[Sugaring] was such easy money and I don’t think there’s any other type of job that you can do at this age that’ll bring you that type of income with almost no effort. It was just a life hack really. So, yeah, I do miss [it]. I think anyone would miss that opportunity to get that much income,” said Lee.

She definitely believes she will return to sugaring.

“At the end of the day, men are going to objectify you regardless so why not make a profit out of it,” asked Lee.