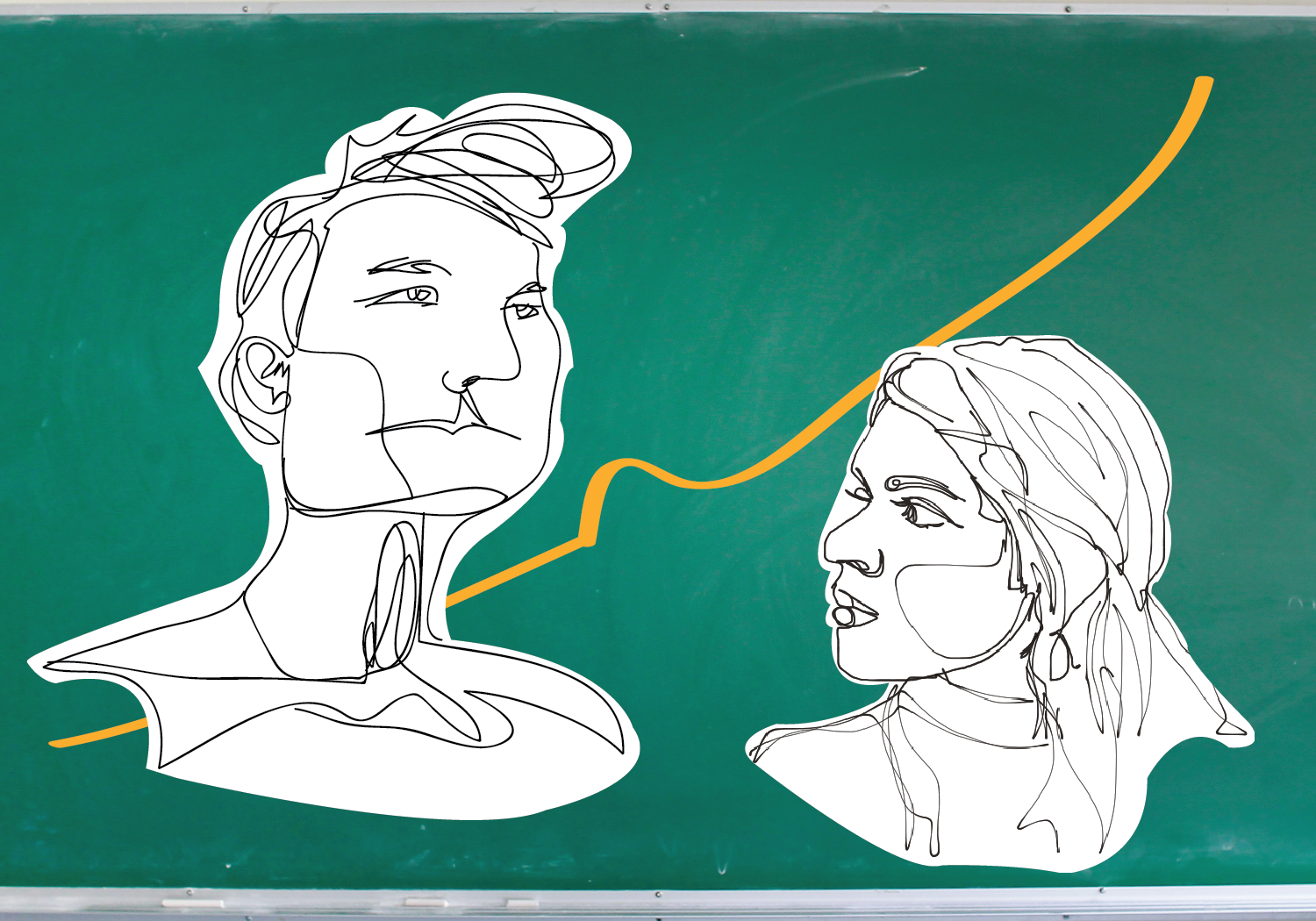 In 2018, 38 per cent of students at UBC experienced racial discrimination. That figure is hardly a blip.

In Dezy Nair’s first year, a professor’s comments about her family background rubbed her the wrong way.

The course focused on linguistic identity and the professor made Nair feel pressured into writing on her Malaysian heritage.

The professor, a white woman, often made an example of Nair in class as one of the few students of colour in the smaller tutorial. She often asked her “Why don’t you know the language?” that her parents had grown up speaking.

But where Nair’s family originated in Malaysia, one could get by speaking English.

“She was like, ‘Oh, it’s such a shame that you don’t know all of those languages,’ and that was frustrating to me,” said Nair, “Because it just shows this kind of misunderstanding of hers, of how hard it is to keep culture when you come here.

“I felt like she was kind of trying to vouch for this ethnicity that wasn’t there.”

In the 2018 AMS Academic Experience Survey (AES), 38 per cent of UBC students reported experiencing racial discrimination at UBC in the 2017/18 academic year. Many of these students carry stories of being forced to defend their heritage, being singled-out by professors to speak on behalf of entire ethnicities and hearing racial slurs.

But the data collected is hardly a blip.

In fact, the numbers are a slight improvement from 2017, when 42 per cent of students reported discrimination on the basis of race. The number hovered at 36 in 2015 and jumped to 39 per cent the next year indicating that a stubborn baseline of racial discrimination at UBC persists.

This baseline figure may exist to an extent because policy hasn’t been effective at addressing it. Policy 3 (Discrimination and Harassment), under which racial discrimination and harassment may be addressed by the university, was last approved in 1995, nearly 23 years ago — a time when UBC’s student population was much less international and much less diverse. In 2018, 42 per cent of students identified as Asian, 2 per cent as Black and 3 per cent as Latin American, according to the AES.

Now student leaders like Holmes and AMS President Marium Hamid are working with the university to update and improve a policy they say wasn’t built for the reality students see today.

“This is probably one of the most important policy reviews that’s going to be happening this year,” said Holmes.

Campus has changed a lot since 1993. So has its student body.

While numbers are slightly higher for undergraduates than for graduate students, both groups are more than twice as likely to report experiencing racism from other students than from a faculty member.

“These policies were not made to accommodate the world we see today — they did not have extensive definitions of what we consider certain things to be.”

And since Policy 3 was last updated, UBC’s student population has nearly doubled and rapidly diversified.

“These policies were not made to accommodate the world we see today — they did not have extensive definitions of what we consider certain things to be,” said AMS President Marium Hamid. She noted that Policy 3 had a minor update in 2016 to include “gender identity and expression” as protected grounds from discrimination and harassment to reflect changing federal law.

UBC itself has actively championed the change these demographics and policy challenges reflect. In “Shaping UBC's Next Century,” UBC’s new strategic plan, fostering diversity and inclusion is listed as the fourth of ten major goals of the plan.

Dr. Sara-Jane Finlay, associate vice- president of equity and inclusion, sees
this commitment as core to UBC’s role in mitigating discrimination and harassment.

“UBC is really committed to be inquisitive to creating an inclusive campus and they’re responding when issues are brought to our attention in an appropriate way,” said Finlay. 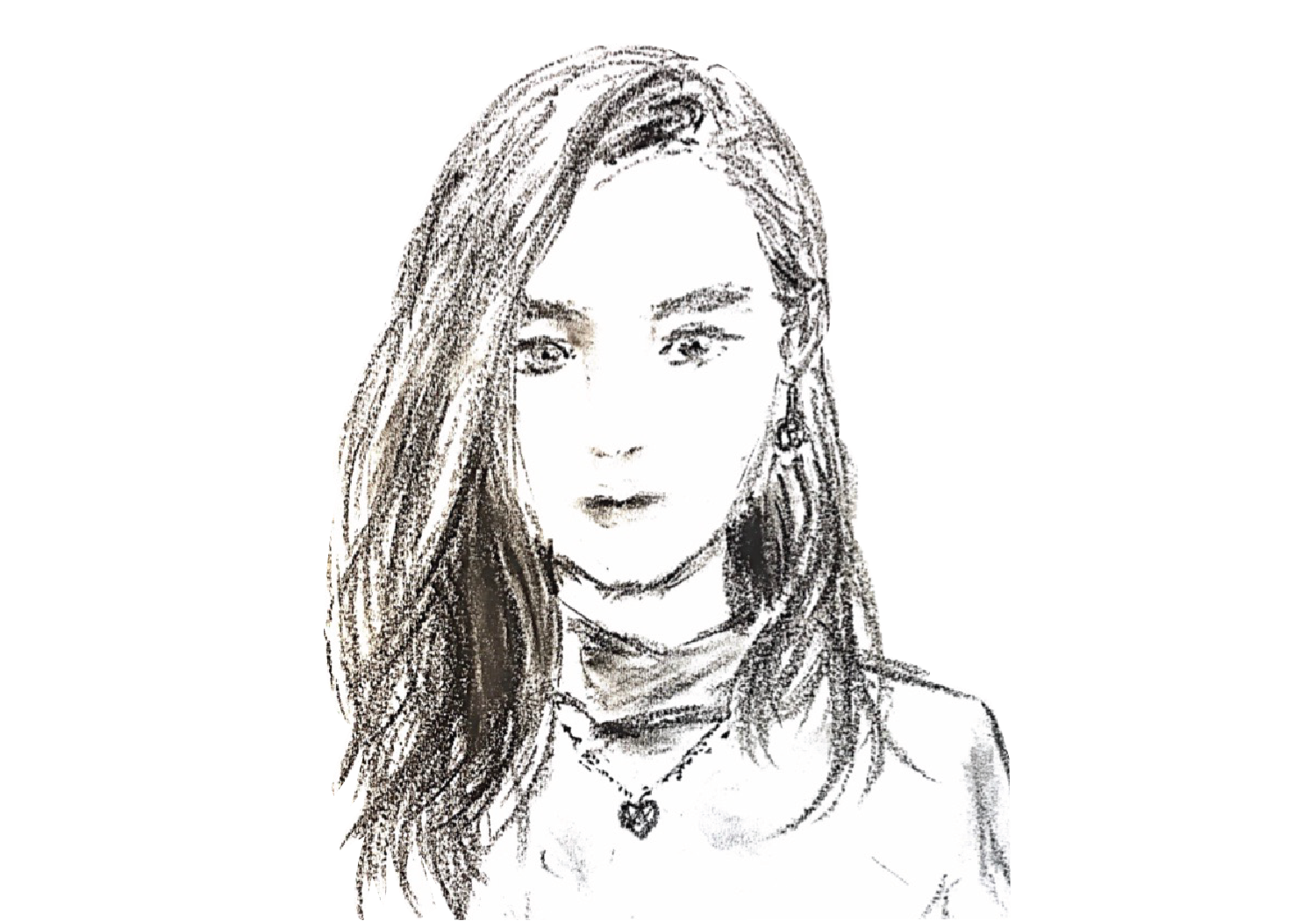 But UBC has also seen an increase in complaints filed against individuals in the university community for discrimination and harassment as it relates to race. In 2016/17, the Equity & Inclusion Office received 24 complaints of racial discrimination or harassment over nine months; in 2017/18, the office responded to 59 complaints — more than double the year before.

Finlay noted that these figures don’t account for people who may pursue grievances through the university ombudsperson or student non-academic misconduct procedures.

And while the uptick is clear, both Finlay and Holmes were hesitant to point fingers at which factors may have caused the spike in reports of discrimination and harassment in 2017.

“I think it’s really hard to put a finger on why that is, whether it’s about people be more aware of the kinds of services that we can offer or the issues that we can respond to,” said Finlay.

Holmes called the political climate in 2017 around race “exceptional” in a previous interview with The Ubyssey. “I think if you ask anyone, 2016/17 was a polarizing year when it came to the issues of discrimination,” said Holmes.

With an increasingly diverse student body and growing urgency of racial discrimination on campus, Hamid highlighted that changing Policy 3 to reflect current challenges will be essential to its success.

“It’s not always about trying to change a student to fit what our policies look like, but changing our policies to look what the student looks like,” she said.

As it currently stands, Policy 3 reflects the BC Human Rights Code, which generally remains unchanged since the policy was last updated.

“It’s a bit of a clunky policy,” said Finlay. “And I think the work that the policy committee is doing is to make it clearer and give people a better sense of what the process is and to understand how we deal with concerns of race and discrimination at the university.”

Finlay, Holmes and Hamid believe that taking a holistic approach to the review will be essential. Hamid wants to see a commitment to embedding all units at UBC into the updated version of Policy 3.

“I think a lot of work [with this policy review] is being done in different rooms to understand how this changing face of the university is not reflected within the institution.” 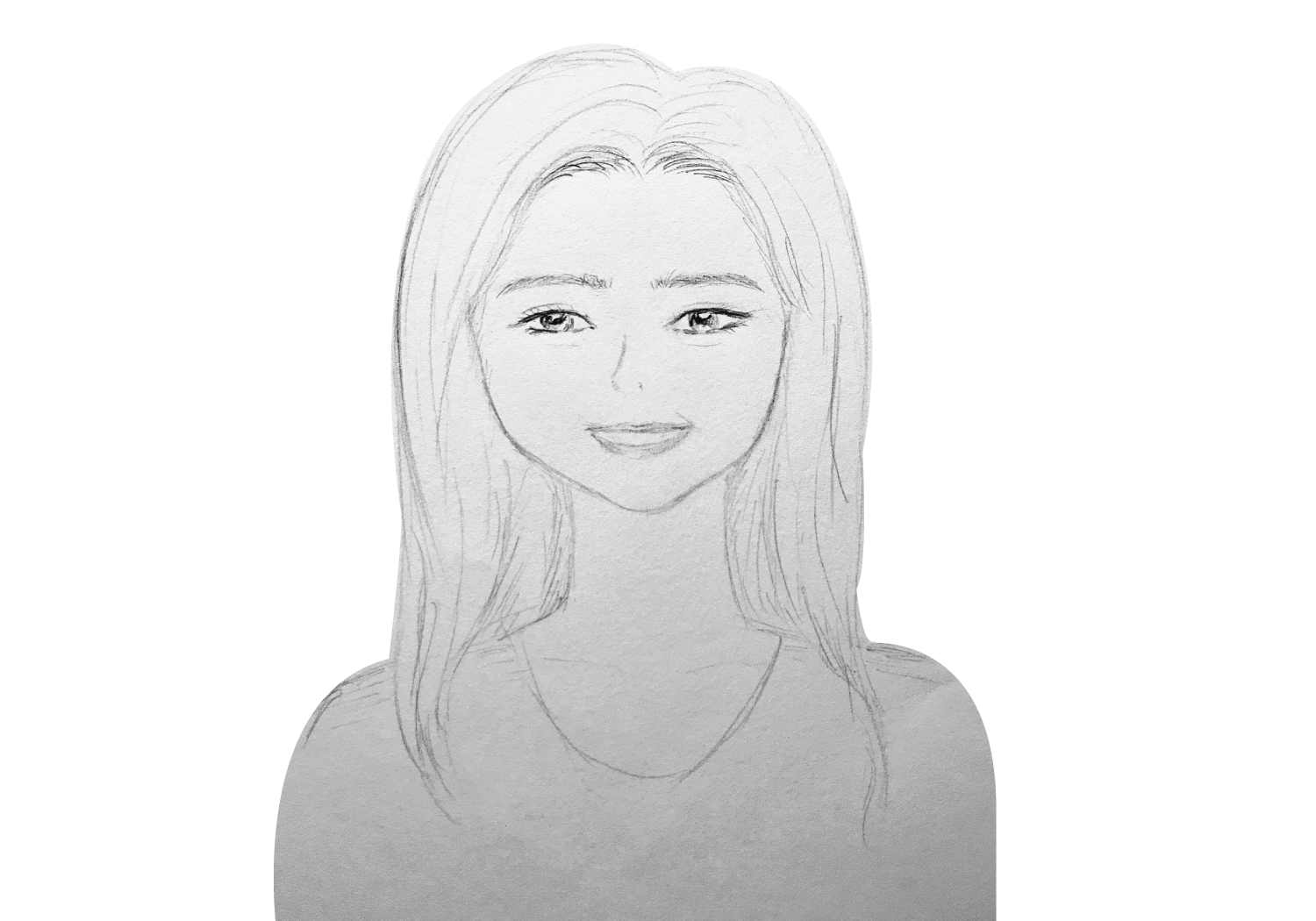 The policy will also have to reflect new developments at the university — including Policy 131 (Sexual Assault and Other Sexual Misconduct), which came into effect in May 2017. A recent Ubyssey investigation revealed that policy’s implementation was less than smooth, and Finlay hopes the updated version will be able to clarify how the two policies work together as well as with Policy 95 (Formal Investigations).

“It’s timely with the creation of Policy 131,” said Finlay. “We needed to create some clarification and update the policy so that it works a little bit more smoothly with Policy 131.”

While Holmes, Hamid and Finlay see student consultation as key to determining what in Policy 3 needs to change, the “looming threat” of retaliation for filing a complaint is one area of the policy that Finlay is looking at more broadly. The Vice-President’s Strategic Implementation Committee on Equity and Diversity (VPICED) is working on guidelines for deterring and dealing with retaliation across the university which Finlay sees helping to strengthen the objectives of Policy 3.

“I do feel a bit uncomfortable challenging anything that a professor says if it sort of makes me feel that less at ease because I know that there’s a power imbalance at play, and I don’t want that to negatively affect my performance,” said Esther Schmidt-Brown, a fourth-year history student at the time of her interview.

For Holmes, curbing retaliation is an important part of empowering students to bring their concerns forward, particularly in graduate programs where one’s entire degree and funding could depend on the support of a single faculty supervisor.

“It’s going to be important to make sure that we have something set-up [for retaliation] that doesn’t just work for undergraduate students, that doesn’t just work for faculty members, but also works especially for the unique relationship that graduate students have with the university,” said Holmes, stressing that the AMS will be working closely with the Graduate Students Society to consult on this and other aspects of the review.

Policy 3 can only take UBC so far. Hamid and Finlay believe that education and curricula play an essential role in combating discrimination — and that starts with their work on the Senate Ad Hoc Committee on Academic Diversity and Inclusion.

“The classroom is a place where these issues matter,” said Hamid, who chairs the Committee. “When we talk about education that is inclusive, having courses that are labeled as ‘Women in the Economy’ is not quite enough.”

Schmidt-Brown knows this well — and she feels the problem could be improved if curricula placed emphasis on communities and populations that have been marginalized.

“I’ve written courses where a professor has brought up the 1940s and Eastern Europe, and they don’t even mention the Nazi invasion or the Holocaust ... It’s so strange to leave out,” said Schmidt-Brown, a Jewish student. “So even in curricula, you see these implicit curricular emissions, and I would almost say, a failure to contextualize topics from an equity standpoint.”

Finlay, a member of the Senate committee, sees diversifying curricula as part of not only combatting discrimination but making sure that diversity flourishes at UBC.

“[Students] seeing themselves in the classrooms, seeing themselves in the curriculum and really seeing their diversity reflected there is really a key to their success and to their sense of inclusion at the institution,” said Finlay. In collaboration with Equity & Inclusion, the Centre for Teaching, Learning and Technology also has two full-time staff supporting professors in developing inclusive teaching practices.

Finlay is also working with VPICED to develop an “inclusion action plan,” in order to operationalize the strategic plan and define “what inclusion means on our campus, what it looks like, how it can be demonstrated, and how we can ensure the success of our faculty, staff and students.” 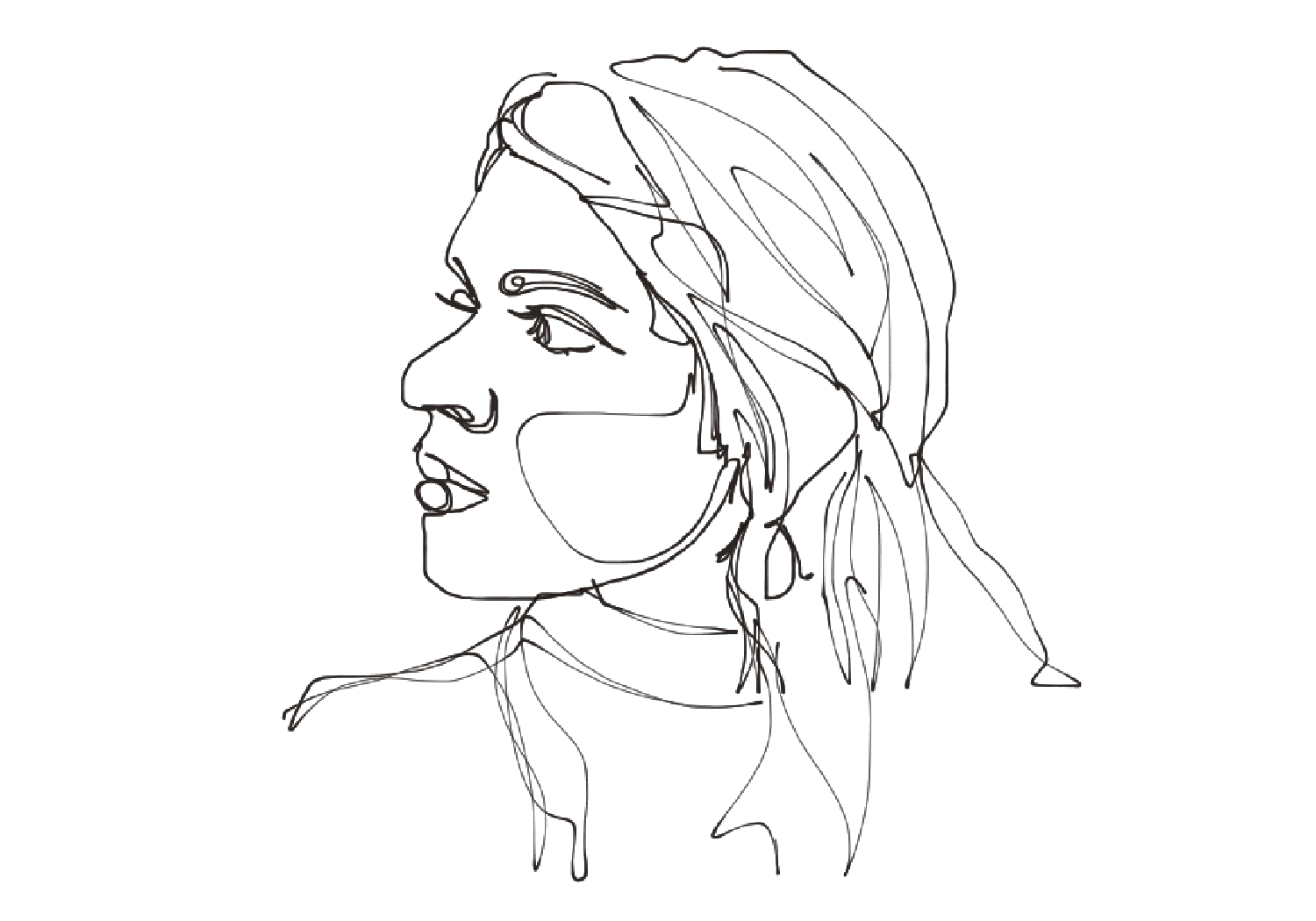 Hamid and Holmes agree that supporting diversity and inclusion must go beyond a reactive capacity in order for the student experience as a whole to reflect the diversity UBC prides itself in.

“We like to talk about the student experience as a singular experience that is separate from academic experience to an average student, but there’s only one experience — the university experience,” said Hamid. “It seems like there’s a lot that students are suffering through with their quality of experience — a lot of positives, a lot of negatives as well.

“A lot of work has been done, but it takes a lot of time to meander through that.”

In 2019, UBC will have a shiny new Policy 3, and with it new ways of measuring racial discrimination on campus.

But Finlay urges the community to look beyond the numbers.

“Please don’t assume that a sign of success is a decrease in the concerns and complaints around harassment and discrimination,” stressed Finlay. “In fact, if we have a well-functioning system and a strong policy, we will probably see an increase, because people will feel more confident that the institution will be able to support them in their concerns and complaints.”

“That’s one of my big hopes for Policy 3 ... that people feel comfortable bringing forward complaints and concerns when they have them, and don’t get lost in the policy and not proceed.”

Nair hopes that a revised policy could help students in vulnerable positions like hers vocalize and address their experiences.

Holmes and Hamid see the review as an opportunity for the university to renew its commitment to fostering respectful and productive discussions — and a challenge as it seeks to use these conflicts as a chance to propel the university forward.

“I think UBC has grown at a rate that is amazing — what makes UBC special
is the fact that we can have all these different identities,” said Hamid. “But it doesn’t stop us or stagnate us from going forward.