Our Campus: Lori Brotto is a myth buster of sexual misconceptions around female arousal 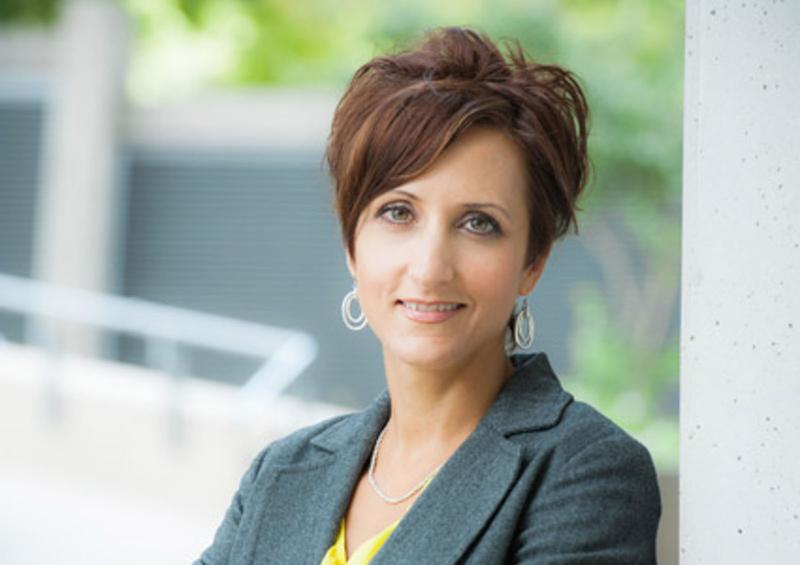 When Lori Brotto was a 19-year-old psychology undergraduate at the University of British Columbia in the early ’90s, she knew one thing for certain — she wanted to be a clinical psychologist. To do that, she needed research experience.

“I just started knocking on faculty members’ doors in the department of psychology, asking if they would be keen to take on a 19- year-old undergrad who had no experience at all,” she recalls.

The only faculty member who did not shut the door in her face was Boris Gozalka. “He said, ‘Okay, I’ll take a risk. I’ll take you on, but you should know that my research involves watching rats have sex,’” said Brotto. At the time, however, the rats were the least of her concerns. Brotto came from a conservative Italian-Catholic family who never discussed sex or reproduction. “I didn't even tell my parents I was studying sex research until they showed up at my Master’s thesis defence. I’d been doing it for six years. They knew I was studying rats, but they had no idea that I was studying sexuality.”

It was that total fluke which landed Brotto in her current field of work, but she has excelled. She is now considered one of the pre-eminent experts on female arousal dysfunction, specifically focusing on the psychological factors that cause this dysfunction.

In 1997, Brotto decided to make the switch into human research for her PhD — the same year Viagra was approved in men. “A lot of people [were] starting to ask the question, ‘Well, what about women?’” she said, noting that, in the same year, an expansive study was published which found about 43 per cent of women complained about a chronic sexual dysfunction.

Brotto was infuriated by the glaring lack of research on psychological factors behind sexual arousal dysfunction in women, especially when compared with the overwhelming body of research on men.

“You would read textbooks and there would be enormous passages on the intricate controls of the nerves … that are involved in sexual function in men,” said Brotto. “Then you would see essentially a few lines following the textbooks saying, ‘We assume that some of these same processes hold for women, but we really don't know.’”

In addition to these factors, Brotto’s dream of a career in clinical psychology was still very much alive. “That proposition that I could be sitting on the other end of a desk with a woman in front of me and her expressing concerns to me and me not knowing what to say to her, having nothing to offer to her” was terrifying, she said. “Obviously, there are skills that clinicians have been using, but there was almost no science at all actually evaluating whether those approaches worked.”

Brotto set out to change that. Her greatest light-bulb moment, she said, was when she was sitting in a seminar about how people with personality disorders or suicidal tendencies use a concept called mindfulness — using breathing patterns to get through difficult spells of anxiety — and suddenly realized a parallel between people who were suicidal and women with sexual arousal dysfunctions. “[Both groups] were similarly talking about being disconnected, not being present. Their bodies were going through the motions and their minds were not tuning in,” said Brotto.

She decided to try mindfulness on women who complained of arousal dysfunction. She and her supervisor set up a pilot test — “I pilot-tested a lot on myself, on friends” — and Brotto credits that as a turning point in her understanding of female sexuality and sexual arousal.

For her, feminism plays a big role in female sexuality, particularly the emphasis it’s brought on women’s agency in sex. “The feminist voice has been very important for reminding us that sexual problems are sometimes adaptive and they're transient and they will pass when the circumstances change,” said Brotto. “Sex is malleable. It's not this fixed thing that lives in one part of the brain and, once it's there, it dictates and dominates.”

Much of her career has been about busting such myths. “I’m not shy to myth bust whenever I can. If I hear myths being perpetuated in social circles or judgments on women’s sexuality, I’m not afraid to move in and try and correct some of those ideas.”

Her least-favourite myth — and the most prevalent — is the idea that sex has to be spontaneous.

“What else do you do in your life that's of value to you that's not planned?” asked Brotto. “Really, nothing. When you plan [sex] and you talk about it, it opens up possibilities to fantasy and anticipation, and actually thinking about what are the factors that give rise to a pleasurable sexual encounter.”

Most importantly though, she emphasizes the role of consent — regular consent.

“It's not just one thing that you have one conversation about at the start of a encounter and then you don’t address at any other point, it needs to be ongoing,” said Brotto.

Although the majority of her research has focused on cisgender women, her current research includes transgender male-to-females as well. Earlier in her career, she worked in a clinic which catered specifically to transgender people. The most important learning experience from this part of her career? “That we're all alike. Trans individuals just had a different trajectory to get to feeling female,” said Brotto. Above all, she wants people to understand that sex is not just instinct. “Even though there’s this notion that sex is innate and natural … at the same time, it is something that takes effort and work,” said Brotto. “And that’s not meant to be a doom and gloom message, but rather the opportunities that it opens when you really put effort into thinking about and working with sexuality — the possibilities are endless.”