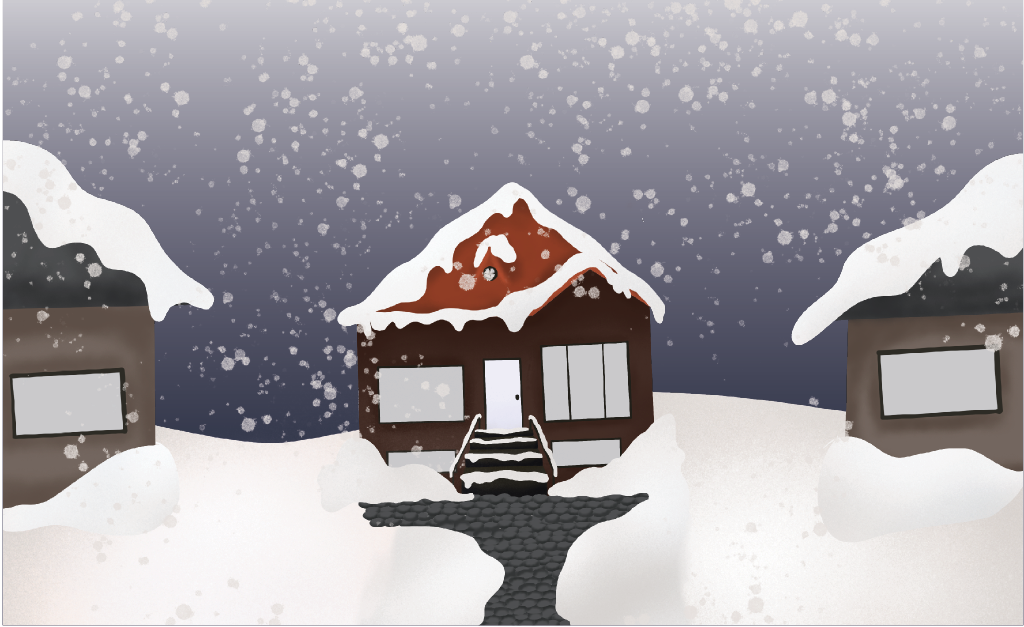 ‘Where the Heart Is’ is a new, biweekly series from the Features section intended to complement the ongoing ‘Places to Go’ series. From this new series, the reader will be shown around someone’s hometown as the author recounts a fun story, lesson learned or other memory. This series is also intended to showcase communities of all sizes — tell me about your block in Delhi, tell me about your apartment complex in Shenzhen, tell me about your sparsely populated municipality. For more information or to submit a piece, reach out to features@ubyssey.ca.

It snows a lot in Fort McMurray. Better than measuring in inches, feet or metres, folks will tell you how much time it took to clear off their cars that morning. If you’ve been around town for a while, you’d know to wake up a while before your shift to turn on your truck so you’re not freezing your fingers off on your way to work. Another thing you’d know after spending some time in town is what a Canadian ‘cultural mosaic’ really looks like. For the past few years, Fort McMurray (nicknamed ‘Fort Mac’) was found to be one of the most diverse places in the country and that’s a point of pride for many McMurrayites.

But it wasn’t always that way.

The Minhas’s time in Fort Mac started back in 2002 when my parents packed our bags, threw three jackets apiece onto myself and my sister and hopped on the next Greyhound headed north. Taking the leap from Richmond, replete with siblings and parents, to an unknown province is something I’m still amazed my parents could do. It wasn’t until I went to university that I realized how single-minded my parents have been — if it benefited their kids, it was worth doing.

Fort Mac wasn’t the most welcoming, starting with the weather. After living in the Lower Mainland for a few years, my Punjab-born-and-bred parents thought they’d gotten used to Canadian weather, a belief which kept through ’til the first northern snowfall.

The dead of winter in Fort Mac averages -20°C but can drop as low as -40° and the windchill is liable to cut through all the layers you can throw on. When asked how they got the courage to step outside those days, my mum always shrugs it off and says something like “My kids needed to get to school” or “I can’t miss work.” Fretting for their kids’s futures worked in lieu of an insulated coat.

With my parents working, my sister in Grade Four and me entering kindergarten, we started carving out a niche for the Minhas family to occupy. Though as much as we changed the city, it changed us, too, in turn.

The first thing I learned about as I got older was how names changed in that town. Mohanjit, Balbir and Manpreet became Mo, Bell and Mannie. With a name like Pawan (pronounced Puh-vuhn), I didn’t have easy access to an anglicized name, so I resorted to letting any bastardization of pronunciation stand — Pah-wan, Po-wan, Pe-win and Pau-vin. Within a few short months, we’d changed a core part of ourselves to fit Fort Mac better. No one had asked us to do so but back then, we all thought of it in terms of ‘living for tomorrow.’

The mentality of “suffer today, succeed tomorrow” worked for a while. My parents were able to borrow and barter their way into a house and my sister and I got individual savings accounts while still in grade school. On the bank book — a ledger of deposits and withdrawals for a particular account — there’s a field that asks what the account is to be used for. In heavy scrawl, my mum wrote “For they’re education,” because she couldn’t think of a future where her kids wouldn’t find school and employment in this new, frigid world called Canada.

It wasn’t ’til I was older that I started seeing the effects of cultural isolation on my parents. Back in the Lower Mainland, my parents had an entire community to stand with, parents and siblings aplenty in the surrounding townships. Now in Fort Mac, they had precious few Indian people to relate to, even fewer from Punjab.

After a few years of guard work, my dad was taken on as security for the private airport run by one of the oil companies based in town. The pay was good but there was a caveat: the shift was six days working and living in the camp up north, and three days off, living at home in Fort Mac. This was how most oil site jobs were, with employees living at the expansive camps 250 kilometres north of Fort Mac, closer to the oil sands production facilities that paid for the city’s existence.

Ten days later, my dad was on his way farther north than he’d ever dreamed of, further from the family he was working so hard to support.

If Fort Mac was hard living for an ESL-Punjabi, the oil camps were an outright ordeal. My dad wasn’t able to come home and speak his language with his kids and wife anymore. Up north, it was all English, all the time, so he learned to converse in it. The camp cafeterias were only interested in getting the majority fed and the majority enjoyed beef and pork, not the vegetarian curries he had known. He learned to stomach it. Fort Mac had the benefit of dense forests all around to stop any strong winds, but up north, the airfield was wide open for kilometres around, allowing icy gusts to cut through the security guard on patrol. He learned to layer and layer and layer.

Things are different now. The city has attracted a more diverse crowd in recent years, exemplifying the Canadian ‘cultural mosaic.’ My parents have changed, too. They’re older and dealing with the labour-induced pains and more slips and stumbles every year. Finally, the city’s physical landscape has changed too. There are burnt trees and previously occupied lots sitting empty, their owners having split town in the exodus following the fire and not interested in returning to a city past its heyday.

But every September or October, like clockwork, the snow drifts down.

Regardless of how many skidding cars, slipping parents and other casualties it causes, the snow comes down as hard as it wants. Cursing the sky and its newly-emptied clouds, folks drag their snowblowers and steel-tipped shovels out from the shed and get to work on clearing the sidewalks before the ticket-happy peace officer rolls around. You remind yourself to wake up at 6 a.m. instead of 7 so the car has time to warm up and the engine doesn’t squeal on your commute because, regardless of if you’re a born-and-bred lifer or come from far away, you’ve got to get to work. Regardless of it all, Fort Mac trudges on.