Our Campus: First-year Sauderite Thenuka Karunaratne is already a CEO 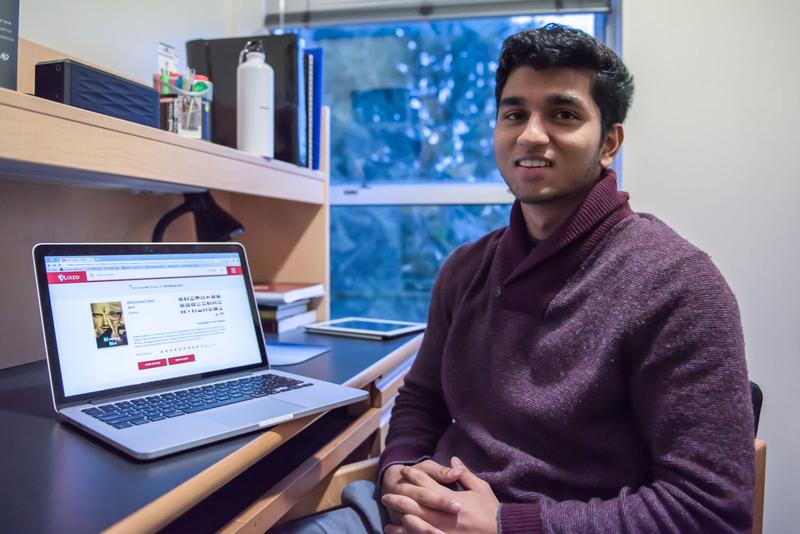 First-year Sauder student Thenuka Karunaratne lives in residence, attends five classes, participates in extracurricular clubs and is also the CEO and founder of AdMark Technologies, a company which he created in his last year of high school.

With his most publicized product, a Netflix search engine called Flixed that garnered the attention of Time, Business Insider and Mashable, Karunaratne was used to the spotlight when The Ubyssey sat down with him.

Flixed allows users to search for content on Netflix throughout different countries and regions. In the past year, AdMark Technologies has had 2.5 million visitors excluding Flixed, which has 93,000 users in just the last 10 days.

“I think every step of my work is fulfilling because it’s all moving towards something,” said Karunaratne. “When something launches and you see people liking your website or giving you feedback, comments, or statistics, it’s pretty cool because you made something and now people are using it because they find value in it.”

Being the CEO of your own company at the age of 19 can affect the way people treat you professionally, Karunratne pointed out.

“One thing I’ve realized is that a lot of people look at age as a hindrance because they are worried that a more experienced person will get their position. But being young is actually a huge advantage because it gives you a huge pushing point just by virtue of your age. If you’re pushing really hard and you show drive, everyone wants to help the young guy,” Karunaratne explained.

Besides running a company and managing five classes, Karunaratne is also involved in UBC Launch Pad, a campus club that gives student entrepreneurs and programmers the opportunity to collaborate together and implement business ideas. Instead of students paying for expensive professional developers to create an app or website, UBC Launch Pad will code their idea for them into a working prototype or a minimum viable product at a fraction of the cost. Karunaratne’s involvement with UBC Launch Pad is that of a pseudo-business advisor and analyst in terms of determining how viable a product is and identifying its potential customers.

“When I wanted to get some ideas built in the early stages, I couldn’t build them because I didn’t have the capital to do it,” said Karunaratne. “These people are willing to do it as a service and it also gives the programmers that they’ve recruited experience so that they can find jobs at the same time while helping a student entrepreneur. That’s special.”

Karunaratne prioritizes managing his company over his academics as he finds his work more fulfilling and educational than his courses.

“In terms of business classes, I’ve seen no relevance so far actually,” said Karunaratne. “When I’m debating upon the division between my grades or my projects, it comes down to what I learn the most from.  Almost all of the time it’s [my work] because I get more out of actually doing something, falling and getting back up than at school. A lot of stuff [taught in class] becomes outdated or is too surface level.”

Despite his disconnection with academics, Karunaratne still sees educational benefit at UBC through networking with professors.

“I’ll talk to those professors after the course and realize that they have so much to offer, but you just have to go and make that one-on-one connection — that’s where you get the real value.”

Karunaratne is excited about many upcoming projects — none of which he can talk about yet. However, he promises a lot of cool products and to keep pushing the boundaries of what he can create.

“Moving forward, I’m not intimidated at all because you learn that, in building, there are so many challenges. Once you get past them, you learn something,” said Karunaratne. “I honestly think that if I just keep building better, more useful projects, I don’t see myself as never being able to follow up with the greatest thing I have at the time because I’ll always be using what I learned from the last one to push even further on the next one.”