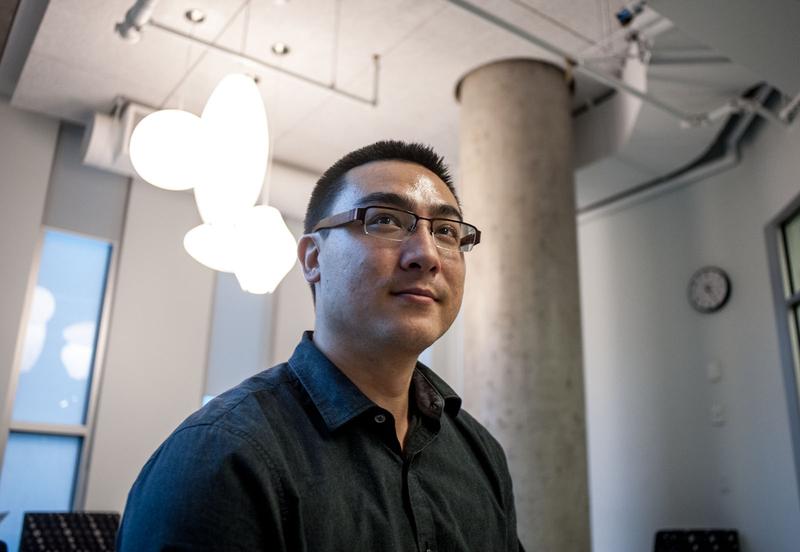 Neal Yonson, a UBC graduate and the voice of investigative blog UBC Insiders, responds to The Ubyssey’s questions with his own: “I don’t know, why do you do journalism?”

“We try to explain why things are happening and why things matter,” he said, summing up the mission of UBC Insiders. Although he did not start the blog — which was born in 2007 to report on AMS elections — Yonson has grown it into a platform for investigative reporting and analysis of UBC politics.

Yonson’s fascination with the inner-workings of university governance is “a very acquired taste,” he acknowledged. Most UBC students are disengaged, according to Yonson, not because they don’t care or cannot be made to care, but because their interests and attention are focused elsewhere.

“Ignorance is bliss,” Yonson said of his long-gone pre-Insiders days when he was not concerned with campus affairs outside his academics. “I am someone who pays a lot of attention,” he said of his attitude of late.

Yonson’s investigative process involves plenty of reading — agendas and minutes from Senate, Board of Governors and AMS Council meetings as well as all the background information needed to make sense of the decision-making processes at UBC.

“Once you’ve done that for a long time, you just start noticing things that seem a little bit strange,” said Yonson.

“Then I just pull on those threads and often they don’t lead anywhere or often there’s a good reason why something’s happening. But by pulling on those threads, sometimes you find things that are not the way they should be.”

Just last month, Yonson’s reporting on plans to build a new academic building for the School of Kinesiology revealed that the school had spent more than the Kinesiology Undergraduate Society’s entire annual budget on organizing a referendum for a new student fee. His investigation had involved analyzing over 300 pages of records, receipts and email correspondences between those involved in the referendum.

“There’s nothing we like more than curling up with a hot mug of tea and hundreds of pages of FOI’d documents,” Yonson wrote as a conclusion to a blog post instructing readers on how to file Freedom of Information requests — appeals for the release of public documents not readily available. His commitment to sifting through records is what makes UBC Insiders’ coverage of campus affairs stand out and hard to dismiss.

In 2009, Yonson catalogued and analyzed all 730 requests for a Special Occasion Licence — a permit to serve alcohol at events — made to the RCMP at UBC since January 2008.

He uncovered cases in which the RCMP had granted SOLs in violation of provincial liquor regulations — often to events which were not student-run — while also refusing to grant SOLs to other parties based on rules that did not appear in provincial laws. Yonson’s data served as hard evidence to back up many students’ intuition that a “war on fun” was taking place at UBC. It taught him the importance of solidifying what he felt everyone knew “anecdotally” with indisputable data.

“People can have their own opinions, but they can’t have their own facts,” said Yonson, pointing to how the data he gathered exposed problems with the RCMP’s conduct in a way that could hardly be challenged.

Yonson believes that UBC Insiders’ example has prompted the The Ubyssey to refine the quality of its reporting. “I think the best lasting effect of UBC Insiders is that it also made The Ubyssey better,” said Yonson, noting how this paper has started placing more attention on university governance and its decision-making process. “That’s what I’d like the legacy to be.”

“I would love to see more media outlets come and do their own original reporting,” Yonson added. “There’s still not enough of that on campus.”

This year, UBC Insiders branched out to a weekly podcast on CiTR. Maayan Kreitzman, a former UBC Insiders blogger back for a PhD, has teamed up with Yonson to provide a weekly run-down of news, commentary and interviews related to campus affairs.

Despite his frequent criticism of the university, Yonson believes there are many good and caring people at UBC who strive to improve the student experience. If it appears that he doesn’t give them due credit, it is because he views his critiques as a counter-balance to the university’s public relations narrative, providing coverage that doesn’t already exist.

“The way I think about myself is like sandpaper. It might be rough to come in contact sometimes, but it’s how things go from rough and unrefined to polished,” Yonson explained. “You need that push-back and that questioning to make sure that the ideas you’re putting forward can stand on their own and are as good as they can be.”